The Dark Side of Hookups, 'Friends with Benefits' and F- Buddies

Linda Villarosa of the Black Aids Institute
Published: 11 May 2010 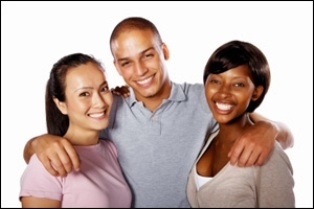 Concurrency. Outside of social science circles, this wonky word doesn't have much meaning. But increasingly, scientists are taking a hard look at the connection between concurrent relationships and the spread of HIV (and other sexually transmitted infections) as they seek to understand rising HIV rates among Black Americans.
In plain English, partnership concurrency means having more than one relationship at the same time. Studies show that, for a number of reasons, including lower marriage rates, African Americans are more likely than people of other races to engage in overlapping liaisons.
In many cases, partnership concurrency looks like infidelity. Concurrency is Jesse James sleeping with his tattooed mistress while married to Sandra Bullock, or the married John Edwards getting his lover, Rielle Hunter, pregnant.
But concurrent relationships aren't always cheating. In his new study, University of Iowa professor Anthony Paik, Ph.D., looked at nonexclusive relationships like hookups and "friends with benefits." He found that one-third of sexual relationships in his Chicago study were not monogamous, and that people who were hooking up or having casual sex were more likely to have overlapping partnerships than those who were dating one person.
"Concurrency might be a person who is having sex with a friend multiple times but also has another sexual partnership," says Dr. Paik, whose study has sparked headlines like "The Downside of F Buddy."
"These partnerships can speed the spread of sexually transmitted diseases," Dr. Paik says. "With sequential partnerships, the disease has to wait before it can spread. Between relationships, for example, a bacterial infection can be treated. With overlapping relationships, the disease doesn't have to wait."
Concurrent relationships can also look like a very long breakup in which other sexual partners are involved. According to research by University of Chicago sociologist Edward O. Laumann, Ph.D.--co-author, with Dr. Paik and several others, of the 2004 book The Sexual Organization of the City--African American couples, when they break up, have a longer-than-average period of overlapping relationships. For Whites, Dr. Paik has said, the interval lasts just over a week; for Blacks it's months and months longer. A lot can happen during that period of breaking up and getting back together, or never really breaking up and yet sleeping with new people.
"Sometimes it's hard for people to untie themselves from another person, and having a new partner makes it easier," explains Dr. Paik. "While one relationship is ending, another is starting. That counts as concurrency, especially from a disease perspective. The disease doesn't care who's breaking up with whom. What's happening provides a pathway for it to spread from one person to another person."
Conditions in Black America provide the ideal incubator for HIV, since our high infection rate intersects with large numbers of concurrent relationships, along with condom usage too inconsistent to offer sufficient protection, given the widespread prevalence of the disease. That combination makes any unprotected sexual encounter for us particularly risky, even one--say, with a good friend--that may seem especially safe.
This collision of factors has produced a perfect storm in Washington, D.C. According to a much-discussed survey (PDF) released last year, 4 percent of Black District residents and 7 percent of Black men there have tested HIV-positive--a higher rate than in many parts of Africa. The majority of newly infected D.C. residents contracted the disease through heterosexual sex.
Concurrency has clearly contributed to the spread of HIV in the District. Nearly 50 percent of people surveyed in its hardest-hit areas reported having overlapping sexual partners in the last 12 months. Most were not aware of either their own HIV status or that of their partner, and the vast majority said that they did not use a condom the last time they had sex with their main partner, even though they were aware that the relationship might not be monogamous. ?
This deadly mix explains why a Black woman, for example, who doesn't "sleep around" might contract HIV, while someone else engaged in frequent episodes of unprotected sex might not become infected.
"In some areas of Chicago, she would be very likely to come into contact with someone who is infected," Dr. Paik says. "It's not about promiscuity; it's how the disease has percolated in her cluster of sexual contacts. Someone in rural Iowa could be engaging in frequent unprotected hookups, but the risk is lower, because there's not a lot of disease in that population."
Dr. Paik says he tries to look at HIV/AIDS and other STDs through the lens of science without placing blame or making value judgments. The more experts and the rest of us understand these diseases and how they are spread, the better we can all combat them.
"People make their own decisions," he says. "But we encourage them to be aware of the potential for sexual concurrency and take appropriate precautions to avoid sexually transmitted infections."


Linda Villarosa is program director of the journalism department at the City College of New York and is contributing to a documentary about HIV/AIDS in Black America. Read more at www.BlackAids.org.