Is Gay the New Black? 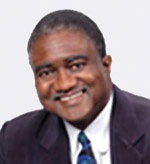 Leave it to Rev. Wendell Anthony, president of the Detroit branch of the NAACP, to organize a panel discussion on the provocative topic: "Is Gay the New Black?" The lively and sometimes passionate discussion was held as part of Freedom Weekend activities in Detroit and mirrored a long-running debate around the country among African-Americans and between Blacks and the lesbian and gay community.
The question is premised on whether the LBGT community (lesbian, bisexual, gay and transgender) is discriminated against in the same manner that African-Americans were prior to passage of the 1964 Civil Rights Acts and, to a lesser extent, today. City Council President Charles Pugh, who is openly gay, was the only panelist who took a different tact, thinking the question was about the color black as a fashion statement.
"The gay agenda does not and cannot supercede the agenda for Black people as a whole, as far as human rights, and as for economic empowerment," argued Malik Shabazz, Detroit leader of the New Black Panther Party for Self-Defense. "I believe we're being socially engineered and manipulated into a lifestyle that's in many ways hurting our community."
When Shabazz blamed Blacks leading alternative lifestyles for the low marriage rate of African-American women and the number of fatherless households, Sharon J. Lettman, executive director of the National Black Justice Coalition, an organization dedicated to empowering Black LBGTs and ending homophobia and racism, became incensed.
"There are brothers in jails, there are brothers with White women and other women of color, there are jobless brothers wrought with drug abuse and alcohol abuse. How dare us try to marginalize the existence of the LBGT community by trying to pigeonhole our crisis as a Black community on the gay community. How dare us!"
Curtis Lipscomb, who said he lost a job because he acknowledged being gay, declared: "All life is precious, including gay and lesbian life. Discrimination is discrimination, is discrimination, is discrimination. Against gays, it's wrong. Against Blacks, it's wrong. Against anyone, it's wrong. The African-American gay community is part of the greater African-American community."
Anthony Samad, a Los Angeles-based scholar, social activist and columnist, said African-Americans are in a quandary, opposing discrimination against homosexuals because of their sexual orientation yet unwilling to endorse same-sex relationships or marriages.
"Most of us have a family member – I have a family member – who is gay," Samad explained. "That does not necessarily mean that I am prepared to put aside what my moral imperative is. African-Americans had the church when they didn't have anything else. And that's the conflict."
He added."We are a society that's structured as males and females. If you want to advocate for a third gender, that should be the fight. Until that is, in fact, what you're asking for, what you're asking African-Americans to do is to go against their belief system, which is the church. Most of them believe a marriage should be between a man and a woman. You're asking them to choose between your cause and their church."
Rev. Horace Sheffield III, executive director of the Detroit Association of Black Organizations, said while moral issues are raised about homosexuality, equal outrage is not directed at what he called "heterosexual whores."
He said, "We don't have the same uncomfortableness with other forms of immorality in our churches. I know pastors who are on the Down Low, or whatever, and they preach against homosexuality."
Lesbian activist Terri Leverette said White gays and lesbians pushed for marriage equity without consulting the Black LBGT community. She said she carries the triple burden of being Black, a woman and a lesbian.
"I don't know about you, but I am not interested in re-enfranchising or fully enfranchising not one more White man until my other two burdens are lifted," she said.
Bernadine Brown, director of policy for the Triangle Foundation, a Michigan LBGT advocacy group, talked about not only being rejected by African-Americans, but also by White-led gay and lesbian advocacy organizations.
"The organizations have a poor reputation for hiring people of color and retaining them," Brown said. "I can tell you I've been Black all of my life, I've been a woman all of my life and I have never experienced the degree of racism that I've experienced since I became a professional lesbian doing this work."
Both gays and straights on the panel agreed that the Black community is conflicted by how homosexuals should be treated.
According to Associated Press exit polls, 70 percent of African-Americans supported Proposition 8, the California ballot initiative aimed at overturning the California Supreme Court's decision in 2008 allowing same-sex marriages.
However, other polls show that a majority of Blacks oppose employment and housing discrimination based on sexual orientation.


Georgia State University researchers, after reviewing 31 national polls from 1973 to 2000, concluded: "Blacks appear to be more likely than Whites both to see homosexuality as wrong and to favor gay-rights laws."
After repeating that he opposes harassment of and discrimination against gays and lesbians, Shabazz said: "If you ask me, do I have some uncomfortableness with it, yes. If you want to ask me if it's alright for Fred to have anal sex with John, if you're asking me if it's alright, no. If you do it behind closed doors, go right ahead. That's fine. But if you want my blessing on it, I can't give it to you."
Samad asked: "How do you have a movement when the moral question, specifically for African-Americans, is still an issue and still a question? Has the Black community first accepted the moral question before talking about the civil rights question?"
If the panel discussion is any indication, African-Americans are still searching for answers.

George E. Curry, former editor-in-chief of Emerge magazine and the NNPA News Service, is a keynote speaker, moderator, and media coach. He can be reached through his Web site, www.georgecurry.com You can also follow him at www.twitter.com/currygeorge