Consider What the Haitian People Want by Nicole Lee 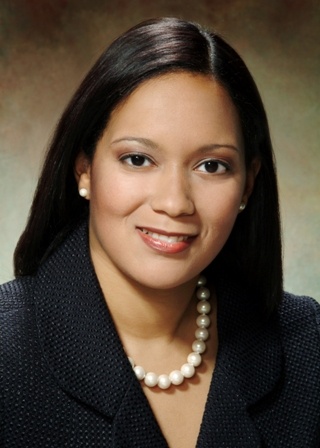 (NNPA) - In the midst of the rubble that still contains the bodies of loved ones, the real people of Haitian civil society and NGO leaders met last month to begin to think about how they would build a new Haiti. I am on my way to Haiti now to consult with many of those leaders in order to ensure that I and TransAfrica Forum fully understand their reality, their needs and their vision for a new society. Because I know that Haiti's full recovery must be based upon their priorities and their needs. But even while Haitians are beginning to imagine their future, I also know that the reality of day-to-day life in Haiti is overwhelming.
If you have read my earlier columns, then you already know the facts. Haiti suffered a magnitude 7.0 earthquake on Jan. 12. To date, an estimated 222,000 were killed; officials estimate that once the rubble is removed that the numbers will increase to over 300,000. Over 300,000 were injured, resulting in thousands of newly disabled. Additionally, 1.2 million are living in spontaneous camps, and over 3 million people are affected.
Millions of ordinary U.S. citizens responded to the quake with their hearts and their pocketbooks. Over $600 million dollars was raised in the U.S. alone and the Obama administration committed $100 million to the relief effort. Today, almost two months after the quake, millions of meals have been served and about 50,000 emergency shelters distributed – tarpaulins or tents. These efforts are noteworthy; however, the devastation caused by the earthquake exceeds the levels of support provided by the international community. While many in Port-au-Prince have yet to receive any help at all, humanitarian flights have decreased by 50 percent.
I spoke with a colleague who recently returned from Haiti and she shared that a community located just 10 - 15 minutes away from the airport, which is where humanitarian supplies are stored, a neighborhood of approximately 300 people, had received no access to food and other supplies. So they have self-organized. Relying on community resources, including food and financial savings, they have been able to provide for their own basic needs. As a result of the quake community members are unemployed, their schools are destroyed, and savings are now exhausted. This community and hundreds of communities throughout the country do not have access to food or other relief distributions.
I know, before boarding my flight that the situation remains dire, around the country people in camps require food, shelter, health care, sanitation and access to cash for work programs. The rains have already begun and there is significant concern given the crowded and unsanitary conditions in which most are forced to live; new medical emergencies, such as diarrhea and respiratory infections are feared.
I'll be visiting a few of the secondary cities as well as rural areas to better understand the conditions facing the more than 600,000 displaced peoples who have left Port-au-Prince area for the rural countryside and smaller towns.
Part of what I hope to better understand is the way in which we can support increasing distribution at the local level, outside the capitol city. I'll be looking for evidence that our government is supporting the distribution of agricultural inputs and seeds, so that peasants and farmers can grow their own food and Haiti can become self-sufficient. Agriculture provides 60 percent of the national food production and seeds need to be made available immediately; planting season began on Feb. 19. Lastly, I will be looking to see the extent to which Haitian government and civil society are being included in the discussions around reconstruction. And to determine ways in which African American and Haitian Americans can join together in solidarity with the people of Haiti to ensure that their immediate needs are met and that the long-term goal of a sovereign nation are addressed.
Nicole C. Lee is the President of TransAfrica Forum