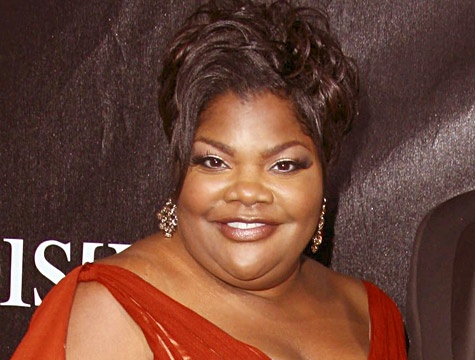 (NNPA) - The comedienne, talk show host and actress Mo'nique has become just the fifth African American woman to win an Oscar. Her portrayal of Mary Jones, the revolting and depraved mother of Precious, was arguably masterful, and she now joins Hattie McDaniel (who played a maid), Halle Berry (who played a sex-starved fool), Whoppi Goldberg (who played a medium in Ghost), and Jennifer Hudson (who played a singer).
I mention the roles that African-American women played to win their Oscars because the roles African American women get in Hollywood are too frequently stereotypical, and it is these stereotypical performances that are often lifted up. While I am glad for Mo'nique's victory, I did not relish the Precious story of welfare pathology making it to the screen. Why not more positive roles for African American women?
Sandra Bullock, for example, won Best Actress for her role in The Blind Side. She played a White mother who took a Black child into her home and helped him reach football stardom. Why no roles like that for Black women? While The Blind Side is based on a true story, there are countless true stories of African American women who take in relatives or other people's children and move mountains for them. This might send the wrong message about Black women, though. It might suggest that we believe that it takes a village to raise a child, instead of highlighting the bestial way that Mary Jones treated Precious.
I know, I know, it's all about the Benjamins, and those who have the power to "green light" films don't think that people will go see a movie with positive depictions of African American people. Precious, for all its pathology, didn't have an easy time getting produced and, indeed, has twelve producers, including Oprah Winfrey and Tyler Perry, who helped promote the film. The movie had a small, $10 million, production budget, and has earned only about $50 million, recouping production costs, but underscoring the modest level of resources available for this movie.
It rankles that an image of the fat, Black, slovenly welfare cheat is lifted up even at a time when public assistance rolls have been drastically cut, despite our economy. The myth of the welfare queen, strongly promoted by President Ronald Reagan when he was governor of California, reinforced in 1996 when President Bill Clinton supported "welfare reform (I called it deform) legislation, is one of the ugly urban legends that seems to shape perceptions of African American women. And ain't I a woman, Sojourner Truth might say. Aren't there positive dramatic roles for African American women in Hollywood?
To be sure, every character in Precious is not a negative stereotype. Mariah Carey's role as a social worker was a pitch perfect depiction of an overworked and somewhat harried helping professional with too large a caseload. Paula Patton plays teacher Miss Blu Rain in a way that reminded me of my best teachers, those who went the extra mile. There are other characters with redeeming social value in the movie, but there would have to be given the pervasive degeneracy of Mary Jones.
I would love to see someone green light the story of Madame C.J. Walker, our nation's first Black woman millionaire. There's some glamour there, and some drama! What about the story of Ida B. Wells, who had to flee the state of Tennessee because of her anti-lynching writing. In a contemporary context, why not tell the story of Cathy Liggins Hughes, the millionaire owner of Radio One who slept in her studio because she couldn't afford rent and the cost of station operations. These are dramatic stories, but they fly in the face of the stereotypes that were replete in Precious.
I don't begrudge Mo'nique her Oscar. She took the material she was given and she worked it. She made Mary Jones a repulsive character with absolutely no redeeming social value. I am simply frustrated that these are the only kinds of roles that Hollywood offers African American women, the only kinds of roles that Oscar chooses to lift up. I am frustrated that some may consider Mary Jones' bestiality as typical, not atypical of African American women.
When African American women's characters in film are more reflective of our reality, and when these characters' performances are lifted up by Oscar, then we will have come a long way, baby. Until then, Mo'nique's victory is her laudable personal success. It is a Black community setback.