Having an Emergency? Don't Call the Police 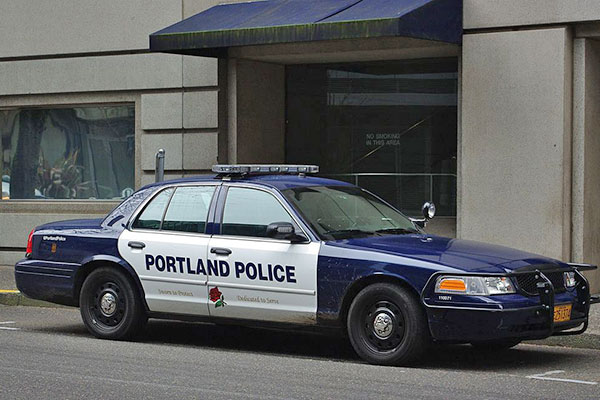 The fact is, we at The Skanner News simply have to warn our readers away from calling the police when they are in a crisis situation. We cannot have faith that innocents won't get caught in the firing line when trigger-finger officers arrive in force. We need to start solving our own problems.

We should be more like our Asian brothers and sisters and solve our own problems. We as adults need to talk to these young men to de-escalate the situation ourselves. In fact, Campbell's family was trying to do that very thing. His young cousin told The Skanner News they had talked him into putting the gun down and giving himself up to the police – sadly he was dead by the time they were able to pass through roadblocks to the scene. It's a shame anyone called 911 at all.

And this is a particularly bad case. Even the Multnomah County Grand Jury that exonerated Officer Ron Frashour earlier this month has taken the uncharacteristic step of writing an open letter of protest to District Attorney Mike Schrunk outlining multiple problems with the police action that resulted in Campbell's death Jan. 28. Read the full text of the letter.

However none of that excuses the most shocking aspect in this case -- the use of a police attack dog, which, the Grand Jury letter implies, may well have been set on Campbell just before he was fatally shot for alleged noncompliance. The Grand Jury letter indicates that no other officer except Frashour saw Campbell's hands move toward the back waistband of his pants. It begs the question: Was Campbell running away from an attack dog loosed on him by an officer, only to be shot because he was running away?

Each and every city leader should be aware of the special brand of fear – and repulsion – inspired by the use of police dogs against unarmed African Americans in this country. The tools Bull Connor used to beat down Civil Rights marchers, the weapons used by enslavers against those who would have escaped from bondage, police dogs have no place on the scene of a "welfare check" on a suicidally-despondent Black man.

We are watching with interest how the tragic death of Aaron Campbell is soon to play out on the national stage. (Update: read about the court's order to rehire Frashour.) But in the meantime – if you are in crisis in Portland, think twice before you bring in law enforcement.