The Foreclosure Victims: A Sad Story of Fraud, Part II 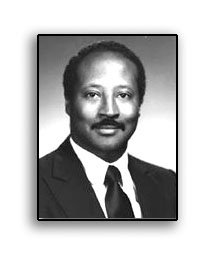 Yes, it is the foreclosure victims that have been left to fend for themselves. They were the ones marked by the mortgage brokers participating with the Hedge Funds. The Hedge Fund operators have disappeared with their take and the banks/mortgage brokers have been bailed out with about $1 trillion in tax funds. The victims are left with bad credit, financial failure and serious marital and societal ailments that will haunt them for a lifetime. Some will have nervous breakdowns, consider and even commit suicide or have stress so great that it leads to poor health and early death. It is just too terrible.

In addition to the foreclosure victims, their neighbors become victims too. For every foreclosed home in a square block, every neighbor in that square block will lose about 7 percent of the value of their own home. Blight, vandalism and crime will creep in no matter how fine the neighborhood is (or soon to be "was").
Both the Clinton and Bush administrations boasted of increasing minority home ownership. They took credit for it like they were doing something positive and indicative of good policy. The fact is the predators were let loose on a class of people who considered "if the government approves of this, it must be good." Sometimes you have to be aware of the government (if not afraid).
Let's not overlook the "save the world" nonprofit groups that receive money to provide homeownership counseling. These groups encouraged the victims to jump in. Many of them touted the hustle as wealth building. The Hedge Funds and participating mortgage houses gave big sponsorships and straight donations to these groups in exchange for their marketing of the madness. They were paid to convince the victims to take the "bait." Now many of them are crying the blues like they were victims themselves. But what they are doing is trying to solicit more nonprofit money to help the very people they exploited. HUD sent out billions of dollars to states and cities to pay "homeownership counselors" to assist the victims. The money should have gone directly to the foreclosure victims not the "buzzards" circling around them. The victims don't need counseling they need financial relief just like the banks got. But it doesn't look like it is going to come.
If only the federal government enforced the rules of standard mortgage banking. Through the loosening of regulations the Hedge Funds had traditional mortgage brokers introduce new rules. These were rules for the hustle but they presented them as if traditional mortgage banking had changed. Not only would they entice young couples dreaming of home ownership but they went after people who already had their homes. They lured them with home equity loans. Many homes were free and clear of any debt but the enticement of loose cash lured the naïve into the traps of tremendous balloon payments and excessive interest plus rip off fees and miscellaneous costs.
If most of the victims couldn't qualify for a traditional (prime mortgage) transaction, then how could they qualify for the new game? It's simple.
The prime mortgage requires the borrower to verify his/her income. W-2, Form 1040 and other documentation are required. The new game only required a "statement of income." This means you just stated it and they took your word. It was just too good to be true. This also shows how sinister the whole game was. It wasn't a matter of not affording the home it was a matter of how long it was going to take before the reality was going to bite the victim.
There was no way this was going to work out. The troubles evolved slowly. Around 2005 we started noticing the problem. By 2007 it was in full swing. I remember writing about sub-prime mortgages in 2006. Many of us predicted the bottom falling and were warning the banks and mortgage houses that they, like the borrowers, were going to have to pay the terrible price. But we were wrong. Little did we know that our precious tax dollars were going to bail out the established banks who certainly should have known better. Maybe, just maybe, they knew the power of their lobbies and the greed of elected officials. Perhaps, they knew they could convince Congress to bail them out while the borrowers would be left holding the bag.
Such is the way of the world. Sometimes power can neglect the needy and tend to the greedy. As the foreclosure victims are left hanging and twisting in the wind, the Wall St. Gangsters are working on new hustles like the energy proposal known as "Cap and Trade." This isn't about global climate change. It's about selling derivatives and creating new Hedge Funds. Remember, Cap and Trade is the invention of Enron. Remember them – they're back!!

Harry Alford is the co-founder, president/CEO, of the National Black Chamber of Commerce, Inc. Website: www.nationalbcc.org.