Let's Fight for the Stimulus Money 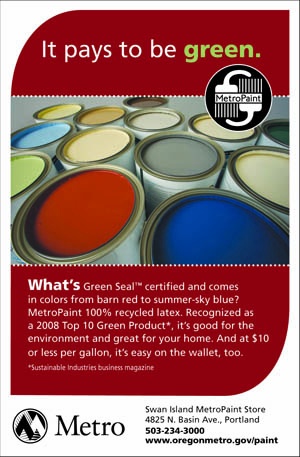 The following is an open letter to the Secretary of U.S Department of Transportation and the Secretary of the US Department of Labor:
On behalf of the National Black Chamber of Commerce, Inc., and with the encouragement of Johnny Ford, general secretary of the World Conference of Mayors, and Calvin Smyre, president of the National Black Caucus of State Legislators, I write this letter to protest the festering and damaging state of affairs at the Federal Highway Administration in regards to Executive Order 11246 and Title VI and Title VII of the Civil Rights Act of 1964.
These very precious laws are not being adequately monitored nor enforced by your departments and many thousands of Black firms and millions of Black citizens are being denied equal opportunity.
Enclosed is a copy of the official cancellation of Executive Order 11246 by the Federal Highway Administration dated February 1, 1999. The U.S. Department of Labor has not filled that void.
Since that date, prime contractors of highway funds (state departments of transportation) such as Caltrans, Illinois DOT, Missouri DOT, Oklahoma DOT, and practically all other state entities have hired fewer and fewer Black employees to the point of almost nonexistence.
Likewise, contractors participating in the procurement of federal monies being let by the state entities have also decreased hiring of Blacks and have ignored Executive Order 11246 without any recourse from either the Federal Highway Administration or the US Department of Labor.
States with 8 percent, 12 percent, 15 percent, etc. Black populations have state transportation departments with less than 5 percent Black employment. In many cases, the number is 3 percent or less.
This is not America! You can take a drive on Interstate 80 starting in San Francisco and drive all the way to New Jersey and there is a good chance you will not see one Black working on a freeway construction project.
This significant lack of jobs attributes to the higher than average unemployment rate of Blacks. It hurts Black households and encourages hopelessness, crime, poor health and all other indicators of lost value of life. What we have is wholesale discrimination under the official management of the Federal Government.
Since the change from 49 CFR Part 23 to 49 CFR Part 26 (during the Clinton Administration), state departments of transportation have been allowed to "dumb down" their Disadvantaged Business Enterprise (DBE) goals from the standard 10 percent to whatever they want which is usually in the 5 percent area.
As a result of the laissez faire approach, Black construction companies, architectural and engineering firms, do about 1 percent of the business involving USDOT funds (Federal Highway Administration). One percent of the contracting done by 13 percent of the population is indeed a severe disparate impact and also promotes even more unemployment as Black firms are most likely to hire Black employees.
In essence, there is no compliance with Executive Order 11246, Title VI of the Civil Rights Act of 1964 and Title VII of the Civil Rights Act of 1964. We demand that this sad state of affairs be corrected immediately.  It has been a long fight but in light of the Stimulus Bill money that is coming down through the above racist channels we must see change and see it now.
To monitor any improvements that might be made in the near future please provide this office with the following:
1. By state, the percentage of the total dollar amount of contracts let to Black firms (prime and subcontracts) by individual state departments of transportation for fiscal year ending September 30, 2008.
2. By state, the amount of Blacks working at each state department of transportation (general staff, management and executive) per the latest Executive Order 11246 audit.  3. By state, the latest Executive Order 11246 audit performed for each of the top 10 contractors (annual sales) working on state highway projects.
It has been 47 years since the issuance of Executive Order 11246 and 45 years since the Civil Rights Act was signed by President Lyndon B. Johnson after 400 years of slavery and 100 years of apartheid costing millions of lives and terrible suffering.
The time to act is now and I trust that you will meet this obligation.  Thanks for your immediate attention and proactive follow up.  Forty million plus Americans will appreciate it.