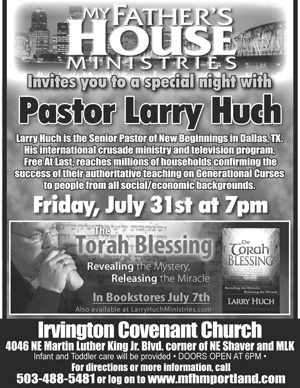 Non-sworn personnel are criticizing a Portland Police Bureau proposal to eliminate a vital unit that serves the city's elderly residents, as well as victims of sexual assault and potential suicide victims.
At the heart of the employees' dissatisfaction is the Police Bureau's plan to cut — as part of an overall "reorganization" — the Portland Police Information & Referral Unit. The five-member unit has handled nearly 200,000 calls in the last two years.
James Hester is the staff representative for Local 189 of the American Federation of State, County and Municipal Employees (AFSCME), the union representing the Police Bureau's non-sworn workers. Hester says the Information & Referral Unit fulfills a unique role entirely different in nature than the city's 911 emergency call center.
"This unit responds to our city's senior citizens who sometimes simply get confused and need help," said Hester. "They also frequently assist victims of sexual assault and rape who are afraid and seeking guidance, or people on the verge of suicide, and even young women being pushed into prostitution. These are people in desperate situations with nowhere else to turn."
Continuing the unit would cost the city approximately $230,000, a "nominal amount compared to the millions committed to the Police Bureau budget annually." Hester notes two of the positions are federally funded.
"But this isn't just about $230,000," said Hester. "This program is about the people of Portland and the value this program brings to the City of Portland and the Police Bureau. This is about the many elderly, homeless and mentally disabled people living in Portland who call the Information & Referral Unit for guidance because they are confused, overwhelmed and/or victims of crime."
Hester said the proposal to cut the Information & Referral Unit is indicative of larger problems encompassed within the entire reorganization plan, problems Hester said are exacerbated by the Bureau's lack of communication with its non-sworn employees. Those employees, Hester emphasized, are the front line workers handling the crises on a day-to-day basis.

Don Loving is the AFSCME public affairs director. Representing nearly 1,200 members, AFSCME Local 189 is the largest public employee union in the City of Portland and the leading partner of the 1,800 member District Council of Trade Unions.