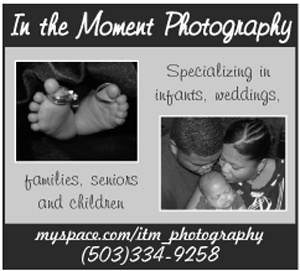 An increasing number of people, including two of my journalism colleagues – Rochelle Riley and Cynthia Tucker – are proposing that we stop celebrating Black History Month. I strongly disagree and, evidently, so does Barack Obama, who signed an executive order designating February as African-American History Month.
"I propose that, for the first time in American history, this country has reached a point where we can stop celebrating separately, stop learning separately, stop being American separately," Riley wrote in the Detroit Free Press. "We have reached a point where most Americans want to gain a larger understanding of the people they have not known, customs they have not known, traditions they have not known."
Riley must be confusing Detroit, which is 81.6 percent Black, with the rest of America.
Cynthia Tucker is even farther afield. She says that Black History Month seems "quaint, jarring, anachronistic." Writing in the Atlanta Journal-Constitution, Tucker added, "Suffice it to say that the nation of Tiger Woods, Oprah and Barack Obama no longer needs a Black History Month."
Suffice it to say that this is sheer nonsense. The America of Tiger Woods, Oprah and Barack Obama is also the America where the Black unemployment rate is twice that of Whites, where the rate of poverty among Blacks is more than twice that of Whites and where the median family income for Whites is $25,000 higher than that of African Americans.
The election of Barack Obama demonstrates how little White America knows about Blacks if they think he is the first African American with the skills or education to serve as president of the United States. If students were taught about the contributions of Blacks in America perhaps they would know that W.E. B. DuBois earned a Ph.D. from Harvard in 1895. That same year, William Monroe Trotter, the crusading editor of the Boston Guardian, graduated from Harvard with Phi Beta Kappa honors, the most prestigious academic recognition in college. Yes, two African-Americans graduated from Harvard more than 100 years ago. 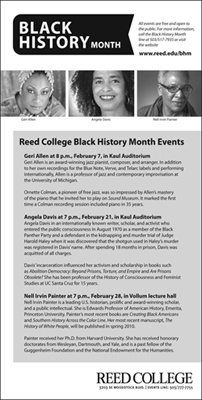 A year after they graduated from Harvard, the Supreme Court issued its famous Plessy v. Ferguson decision, upholding Louisiana's Separate Car Act requiring segregation on all common carriers operating in the state. Plessy wasn't overturned until the Brown decision outlawed "separate but equal" schools in 1954.
The Supreme Court decision notwithstanding, Jim Crow laws separating the races remained in effect for a decade after Brown, prohibiting Blacks from attending desegregated schools, being treated in the same hospitals, or being buried in the same cemeteries as Whites.
Although many American history textbooks carry accounts of the Plessy decision, many are riddled with lies, beginning with the notion that Christopher Columbus "discovered" America. First, Columbus discovered land already occupied by Native Americans. Second, he was lost, thinking he was in India. Consequently, we have two groups of people called Indians today because Columbus got lost.
Rarely are the contradictions about the so-called Founding Fathers taught to students; they were fighting for their freedom while enslaving Africans. Thomas Jefferson, the author of the Declaration of Independence, enslaved nearly 200 Africans.
Even Abraham Lincoln wasn't the great liberator he is portrayed to be in the history books. In fact, he said during one of the Lincoln-Douglas debates in 1858: "I am not, nor ever have been, in favor of bringing about in any way the social and political equality of the White and Black races, that I am not nor ever have been in favor of making voters or jurors of negroes, nor of qualifying them to hold office, nor to intermarry with White people ... I as much as any other man am in favor of having the superior position assigned to the White race."
Were you ever taught that about Lincoln in school? Today's students are not being taught that either, which is why we need Black History Month and more. I have posted on my Website, my Top 100 Books on Black History. Because the emphasis is on Black history, classics, such an "Invisible Man" and other works of fiction, are not included. Rather these are books that both Blacks and Whites should read in order to be fully educated about African American history. If you read 10 books on the list – any 10 – you will learn more Black history than you covered over the course of your elementary, secondary and probably college education.
I understand the point Rochelle Riley and Cynthia Tucker were trying to make: Our history books should be inclusive and tell the history of all Americans, including Blacks. But the books aren't inclusive and simply pretending they are does not contribute to our education nor justify ending Black History Month.

George E. Curry is the former editor-in-chief of Emerge magazine and the NNPA News Service. His Web site is www.georgecurry.com.