The Military to American Youth: You Belong to Me 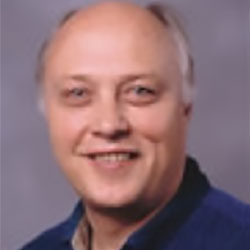 They belong to us, sayeth the Department of Defense. At least some of them do.

It’s a little more complicated than it used to be, thanks to one of the changes that occurred back in 1973, a year of startling historical significance. That was the year of the Roe v. Wade decision and, oh yeah, the Watergate hearings (remember those?). But there was more. The United States, tangled militarily in the quagmire of Vietnam and increasingly torn apart on the home front by protests, was on the brink of conceding defeat in 'Nam and getting the hell out of the ravaged country. Before that came about, the military-industrialists made a pragmatic decision. They got rid of the draft.

The idea was to shut up the protesters by taking away their personal stake in America’s militarism. The term that was then emerging was “Vietnam syndrome” — people were sick of war. Uh oh! Big problem for the defense industry and all the groveling politicians indebted to it. Patriotism itself had become poisoned. People began calling for profound national change, including (God help us) an end to war. Was the antiwar movement becoming the new patriotism?

Ending the draft turned out to be pragmatically the right move. PR-wise, the military could laud its dependence on an “all-volunteer” army. Patriotism lives! It’s as clueless as ever. But quietly, secretly, the military had to make some changes in its recruitment procedures to ensure it was still getting enough boys (and girls) to . . . as they would put it, of course, keep the country safe.

As far as I can tell, their new approach to recruitment had two main focal points. One of them was making full use of the poverty draft — sucking in young people from poor and disadvantaged families, marketing enlistment as their doorway to middle-class financial freedom. The second way was to capture the minds of potential draftees while they were still children: introducing them to real-world militarism via videogames and high school gun fun, officially known as JROTC and even children as young as fifth grade in the Starbase program. Grooming.

The nature of the poverty draft burst into the news recently when 19 Republican House members signed a letter to President Biden, expressing alarm at his decision to start partially cancelling student debt. They warned him:

“By forgiving such a wide swath of loans for borrowers, you are removing any leverage the Department of Defense maintained as one of the fastest and easiest ways of paying for higher education.”

Careful, Joe! Giving everyone equal financial opportunities may sound nice, but it can screw up the system.

As Thomas Gokey, an organizer with the Debt Collective, which works for debt cancellation, put it, according to Vice:

“Debt is a form of social control."

You can force people to do all kinds of things if you put them in debt first, including waging unjust wars, killing and hurting other people, and risking (their) own life and limbs.”

He also pointed out, as Vice notes, that “colleges often benefit immensely from the GI Bill financially, giving them incentive to support recruitment on campus.”

Debt as a means of leverage, a form of social control — how come kids don’t say those words when they recite the Pledge of Allegiance? But the Pentagon knows student debt, or even poverty in general, are not sufficient to keep the recruits flowing. Having been a boy who was totally gonzo about playing war — pretending to die, pretending to kill — I can understand how kids (well, boys) of all economic strata constitute a susceptible market that would entice recruiters.

For instance, the Army ran a videogame website for 20 years called America’s Army, which apparently was wildly successful at attracting the attention of young people. It began in 2002 (part of the prep for our looming invasion of Iraq, maybe?) and, though it was discontinued earlier this year, the Army and other military branches continue their involvement in videogames and competitive electronic sports. Not that it stops there, mind you. And it isn’t just a game. Recruiters aren’t just on college campuses. They’re also in our high schools — especially the ones desperate for funding. JRTC is where the poverty draft meets the war-looks-cool crowd.

Sylvia McGauley, a teacher in an impoverished school district outside Portland, Oregon, described her school as the “perfect prey for military recruiters who win points for filling the coffers of the poverty draft.” These words are from an essay, written in 2014 and published by Rethinking Schools, called “The Military Invasion of My High School.” It isn’t pretty.

She writes about the JROTC program at her school, which she describes as “a school within a school.”

“JROTC is not about education. But by housing recruiters and JROTC in public schools and offering them carte blanche privileges, we provide them a cloak of legitimacy. Militarism was one of Martin Luther King Jr.’s ‘giant triplets’ of societal destruction (along with racism and extreme materialism), yet today it appears as a legitimate component of the educational system — most often at underfunded schools.”

Not only did JROTC give students access to weapons training, and even, in partnership with the NRA, sponsored marksmanship matches — in utter contradiction to the school’s embrace of nonviolent conflict resolution, including its commitment to Restorative Justice and peer mediation — it made its way into the actual classrooms. Via classes called Leadership Education Training, JROTC instructors taught . . . uh, history, or a Pentagon-scripted version thereof, in which, she notes, maintains that “the sole cause of the Vietnam War was containment of communism” and the United States “went to war in Iraq as part of its global war on terrorism.” Period.

Propaganda, in other words. Not in any way real history.

Add it all up and the picture starts to get pretty scary. The U.S. military needs more than just money (a trillion dollars or so) in its annual budget. It needs access to America’s young people as well — their wallets, their bodies, and their minds.