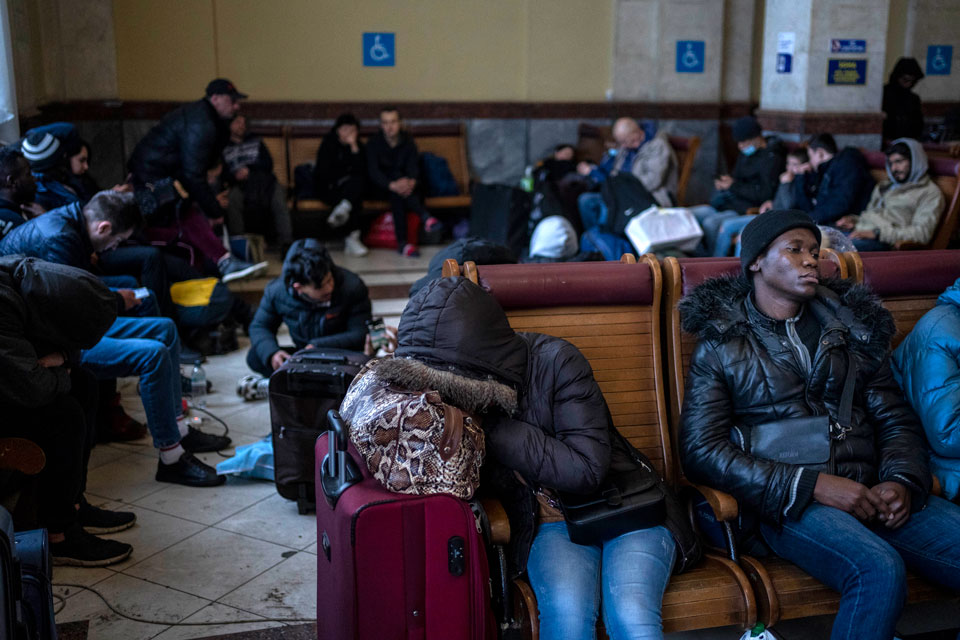 Our hearts, prayers and support are with the people of Ukraine. No one should suffer such violence and loss in what is supposed to be a civilized global society. We are doing the right thing in providing support for all we can help. But there is also an even greater tragedy occurring which we have seen played out repeatedly in the midst of human suffering and loss. That tragedy is the one of “racism” and we see its presence in the midst of this war. First, the incidents of African students residing in the Ukraine being denied departures even though they have been waiting as long as the Ukrainians. The reason given: Ukraine citizens first. The test of citizenship, the color of the skin of those seeking to leave. The Nigerian mother and her daughter who waited just as long as the White Ukraine mother should not have been denied exit because she was Black. The 1700 Black students in the Ukraine should not be denied exit because they are students or Black, when such tests have not applied to any Ukraines other than the men being required to report for military service between the ages of 18 and 60.

Next, we see the President of Ukraine put out a call for military help in terms of manpower to fight the Russians. Would-be fighters from several African countries seek to volunteer as “mercenaries” but are told they must pay $1,000 and get visas in order to go to Ukraine. Reason given: the fee is for airfare and visas to neighboring countries since they can't fly directly into Ukraine. But none of this became an issue until Africans volunteered. As if Africans were not alone, a number of students from India, some in medical school, have also complained of being denied transportation to make room for “White” Ukrainian citizens when all were waiting equally for transportation. This is racism.

It is interesting to see how the European (White) world appears to have no limits on the outpouring of housing, food, clothing and every need of the refugees. This is truly the humanitarian thing to do. But where was the same level of outpouring for the Afghan people when America pulled out or, even closer, how is it that at the Mexican/American border of San Diego, California and Tijuana, Mexico that Haitians who have been waiting, some as long as two to three years, are still denied refugee status under the same Title 42 used by President Trump to keep people out? It now appears that border officials have some discretionary authority under that very law, which is now being used to admit Ukrainian refugees who have made it to the very same Mexican border where Haitian and other refugees are still waiting to cross. Here is the pattern of racism: in the Ukraine, if you are Black, you are denied exit. At the Mexico/American border, if you are Black, you are denied entrance because the Ukraine refugees can go ahead of you in the line.

The common factor in all these cases is the racism of putting White refugees ahead of people of color for no reason other than the color of their skin.

Here we sit in America with White Republican lawmakers blocking dollars for child tax credits which will help working families; universal school lunch funding expiring; and the failure to fund so many things needed by the American people seeking to exit the pandemic, but we appear to have funds with no limit for Ukraine. We should help them, but “charity starts at home and then spreads abroad.”

If we are going to provide global help, and we should, then let's make sure that we have policies that treat all fairly without making the color of one's skin the determining factor in establishing their humanity. Something to really think about.