Support Nikole Hannah-Jones and The 1619 Project 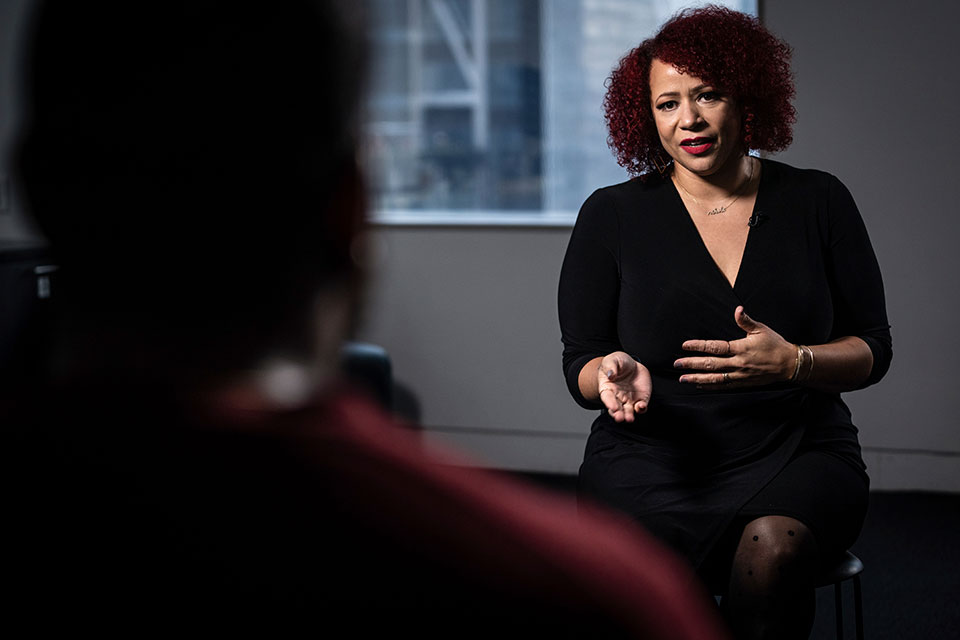 Most folks in Black and brown communities have heard of The 1619 Project that was published by the New York Times Magazine in 2019. This important and ambitious project, led by Pulitzer Prize-winning journalist Nikole Hannah-Jones, pulled back the curtain of euphemistic rhetoric composing American historiography that points only to the good in our history and sweeps under the rug the evil deeds perpetrated against people of color for more than 400 years.

The 1619 Project sought only to do one thing – start an honest conversation about how toxic attitudes about race have shaped this nation’s past and made America the country it is today.

For her effort and her scholarship and her truth telling, Ms. Hannah-Jones has been subjected to foaming-at-the-mouth attacks by conservative politicians and right-wing pundits. These racially motivated jingoists have stirred The 1619 Project into the witches’ brew of grievance politics and created a screaming mob of frightened white people who fear that an open discussion of America’s history will take something away from them. They want to wage war against anyone who dares to reveal America’s true history.

This is a battle for the truth. And Nikole Hannah-Jones and the people who developed The 1619 Project should not be left to fight this battle alone. We all must arm ourselves with the knowledge of the truth and enter the fray. It is our duty. And I would like to play my part by pointing out some truth about American history.

Some of the loudest howling from the American white supremacists against The 1619 Project has been to denounce the statement that one of the principal factors driving the American Revolution was the fear that Britain would bring an end to slavery in the colonies.

With wild-eyed frenzy, conservative commentators argue, “How could such noble men as our founding fathers be motivated by such a low-down motive?”

But given the fact that Washington, Jefferson, Madison and Monroe – four of the first presidents of the United States and participants in the Revolution – were slaveholders, it is clear that these screeching conservatives are attempting to obfuscate historical facts to prevent an open and critical examination of the issue.

Taxation by the British sows distrust

There are numerous historical data points that can be examined regarding the causes of the American Revolution, enough to fill books comprising a large library. But the examination and consideration of a few facts will corroborate what the project has said about the relationship between slavery and the American Revolution.

There were three sets of events that are interconnected – although their connection is often overlooked by most historians – that led to slavery being a driving factor of the American Revolution.

The first set was the taxation issues of the 1760s. As a result of the costly French and Indian War, Britain began to tax its North American colonies on items such as glass, lead, paint, paper and tea. There were other taxes, including the notorious Stamp Act, which levied taxes on paper products and documents on paper.

Secondly, the British Parliament passed the Declaratory Act of 1766. When Parliament repealed the Stamp Act, it simultaneously sought to strengthen its control over the colonies by declaring that the British Parliament's taxing authority was the same in America as in Great Britain. In this way, it was asserting its complete authority to make laws binding in its colonies “in all cases whatsoever.”

Even with the passage of the oppressive Declaratory Act, there was not a great deal of fervor for independence among the colonists until the third series of events were precipitated by the Somerset case in 1772. James Somerset was an enslaved Black man who had been taken from Norfolk, Virginia, to London by his enslaver, Charles Stewart. Once in England, Somerset began to realize that he might live as a free person. Stewart got wind of Somerset’s interest in freedom and had him chained in a ship scheduled to sail for Jamaica, where Somerset was to be sold. Abolitionist friends of Somerset petitioned the highest court in England for his release. And after months of legal maneuvers, Lord Mansfield, chief justice of the highest court in Great Britain, ordered Somerset’s freedom, stating that slavery “is so odious, that nothing can be suffered to support it, but positive law.” And further, he ruled, “I cannot say this case is allowed or approved by the law of England; and therefore the black must be discharged.”

This ruling by Lord Mansfield sent shock waves through the American colonies, especially those in the agrarian south. It was clear that Britain would not long abide slavery in its possessions overseas. The Declaratory Act now had real significance because all English colonies were created by charters granted by the crown. And in each of those charters was a “repugnancy clause” stating that no colony could make laws that were repugnant to the laws of England. This left the colonists no way to contest laws freeing slaves in the colonies. Three colonial acts relating to other matters already had been struck down by English authorities in the two years preceding the Somerset decision. So, Lord Mansfield’s remark about slavery being odious was a very real threat to slavery in the Americas. The repugnancy clause in colonial charters, coupled with the Declaratory Act and the decision in the Somerset case, threatened economic doom for the colonists, especially southerners. Almost all the wealth in the southern colonies was created by slave labor. The only reason white enslavers had so much wealth was because enslaved Blacks had none.

Not only did the enslavers in America know of the Somerset case, the enslaved knew of it as well. A Virginia Gazette advertisement printed on June 30, 1774, stated in part about a runaway slave:

“He will probably endeavour to pass for a Freeman by the Name of John Christian, and attempt to get on Board some Vessel bound for Great Britain, from the Knowledge he has of the late Determination of Somerset’s Case.”

The handwriting was on the wall. Southern planters, as well as northern slaveholders, would not be able to hold onto their slaves for more than a generation or two. America would become a very different place without slavery. Rather than have that happen, the colonists went to war.

These are facts white supremacists and their right-wing pundits do not want you to know. But these facts are not hard to confirm. Books that speak to these facts are in libraries and online. We must arm ourselves with the facts and use them to battle for truth. We cannot let Nikole Hannah-Jones and The 1619 Project fight this fight alone.

Oscar H. Blayton is a former Marine Corps combat pilot and human rights activist who practices law in Virginia. His earlier commentaries may be found at https://oblayton1.medium.com.