In 2021, Organized Labor is Again Flexing its Muscles 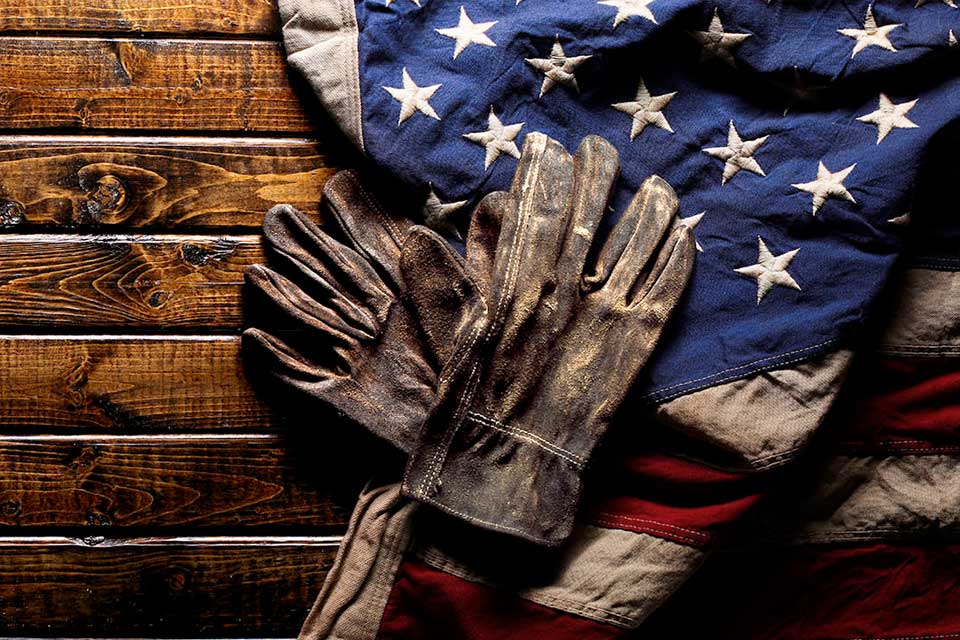 These issues, front and center in the minds of millions of Americans for years, were deeply intensified by the pandemic of 2020 and 2021. As the pandemic took full effect, devastating job losses hit minority workers and their families especially hard and the critical role of health and safety protections were never more clearly at the forefront of our conversations than during this terrible pandemic.

But as 2021 took hold and a new administration began its work, the long overdue fight to improve working conditions and labor rights was set into motion by President Joe Biden in first days in office. Always a friend to working men and women, President Biden has made it clear that he is committed to labor and to those Americans who are struggling. And we are seeing that more and more Americans view unions and the labor movement more favorably.

Labor at the forefront

A survey last fall by Gallup found that 68% of respondents have a positive view of unions — up from only 48% in 2009. Tomorrow’s workforce is an even bigger supporter of unions, with 77% of individuals 34 and younger supporting unions.

These statistics present great opportunities for the labor movement.

At the UAW, we have long known that our strength is found in our solidarity, and we’ve seen in so many recent examples that this is a moment of great opportunity to build on this momentum. From the addition of thousands of new members, including the 17,000 student researchers at the University of California, to the voices heard loud and strong during the John Deere strike, 2021 has been a year to hear from the American worker.

Only a year ago, we ended 2020 with less than 11% of workers represented by unions, roughly half the number of organized workers on the job in 1983 (when the Labor Department started tracking the figure.) But with Biden, we inaugurated a President self-described as the “most pro-union President in the history of the country.” And we’re seeing the results.

Let’s take a look at just a few key developments.

The people in charge

We have seen dramatic change in the makeup of the National Labor Relations Board (NLRB) under President Biden. Two former counsels to the Service Employees International Union (SEIU) – David Prouty, and Gwynne Wilcox – were named to the NLRB while Peter Ohy was named NLRB general counsel and Jennifer Abruzzo became permanent general counsel. Abruzzo immediately began encouraging the board to reinstitute the Joy Silk Mills doctrine, which allows organizing elections to be decided by card-check instead of needing to go to a full vote, providing a real boost for organizing efforts.

Also, under Biden, long-time labor advocates entered the President’s Cabinet with Marty Walsh appointed as Labor Secretary and Julie Su as deputy. Former Boston Mayor Walsh’s history includes being a union leader and head of the Metropolitan Building Trades, while Su headed the California Department of Labor and is an ongoing advocate for workers’ rights.

Likewise, the Equal Employment Opportunity Commission (EEOC) also has new faces – longtime civil rights and immigrant activists Charlotte Burrows, and Jocelyn Samuels, who worked for years on policies to attain equality for sexual and gender minorities, have joined its ranks.

Workplace safety also saw a boost with a former steelworker now leading the Occupational Safety and Health Administration (OSHA). James Fredrick now leads the agency, which was immediately tasked with creating a COVID Safety Standard. Keeping workers safe on the job is his top priority.

Additionally, among the many pro-labor details in President Biden’s Build Back Better legislation, the bill will create strong penalties for employers who violate labor law, including safety, discrimination, wages and workers’ rights.

The historic American Rescue Plan (ARP) was signed into law by executive order. The ARP directs agencies to increase its procurement from small, disadvantaged businesses, including Black-owned businesses, by 50%. The bill also provides cash relief directly to low- and middle-income Americans. It is projected to cut the child poverty rate by more than 50% by the end of this year. The ARP also fights the recent surge in laws that made it harder for Black Americans to vote, and promotes much needed access to voter registration and voting.

Keeping jobs in the US

We are also seeing numerous actions directed at keeping manufacturing – and therefore jobs – in the U.S. These include Buy American rules requiring at least 60% (eventually increasing to 75%) of purchased products being made in the United States.

As new industries develop, strong efforts to create new unionized jobs are also being planned. In the renewable energy industry, legislative plans will create a possible 44,000 jobs in development and construction, and 33,000 more jobs in supporting sectors within the next 10 years as part of the American Jobs Plan.

The current Bipartisan Infrastructure Bill, passed in early November, invests more than $1 trillion into infrastructure. The areas covered range from upgrading the U.S. electrical grid, developing and implementing a national automobile charging network, and repaving roads and fixing bridges. This bill will create tens of thousands of equitable union jobs over the next decade.

These actions, appointments and legislation are a huge step in the right direction, and you can be sure that unions and workers will continue to make their voices heard loud and clear to keep this momentum going strong in 2022 and build back union strong.