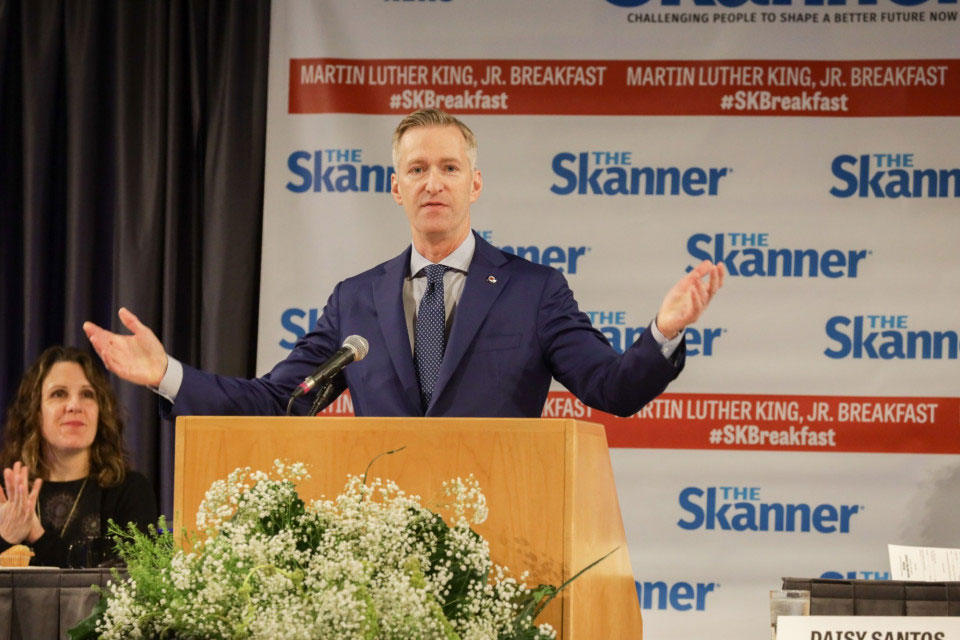 Events this past weekend put innocent lives at livelihoods at risk. Some participants of Sunday’s demonstrations seemed determined to engage in a large-scale and violent brawl across downtown Portland. We were determined to prevent this.

With strategic planning and oversight, the Portland Police Bureau and I mitigated confrontation between the two events and minimized the impact of the weekend’s events to Portlanders. In the past, these same groups have clashed with extremely violent and destructive results. This time, violence was contained to the groups of people who chose to engage in violence toward each other. The community at large was not harmed and the broader public was protected. Property damage was minimal.

Two weeks before the planned events in Waterfront Park, we started by making clear that Portland did not want to host an alt-right event and did not support the hate speech and bigotry that often comes with them. The Governor, Metro President, County Chair and I signed a joint statement to restate our values and pressure the group to find a location outside the city. This public pressure, which also included a virtual peace event on August 20th, was effective and one of the groups decided to relocate to a separate area in the city.

On the law enforcement side, we reached out to law enforcement partners at the local, regional and state level. We received support from various agencies including the Oregon State Police. The police’s tactics and approach were shared by Chief Lovell on Friday during a press conference and public statement. He stated that officers would not be deployed to stand in between individuals intent on confronting one another. However, they would intercede when life safety was jeopardized.

Police monitored both events - at the waterfront downtown and at NE 122nd and Sandy -  throughout the day. Officers were within minutes of both locations, ready to take action immediately if the situation worsened and life safety was jeopardized. Police officers were able to take action immediately. One example was late Sunday afternoon when Central Precinct officers responded to a report of shots heard in the area of SW 2nd Ave and SW Yamhill St. Three minutes after learning of the incident, officers located the suspect and made an arrest. There was also an incident at NE 122nd and Sandy in the late afternoon that police monitored, but they did not deploy officers into the situation. During this event, police observed criminal conduct and violent behavior and detectives will make arrests when probable cause can be established.