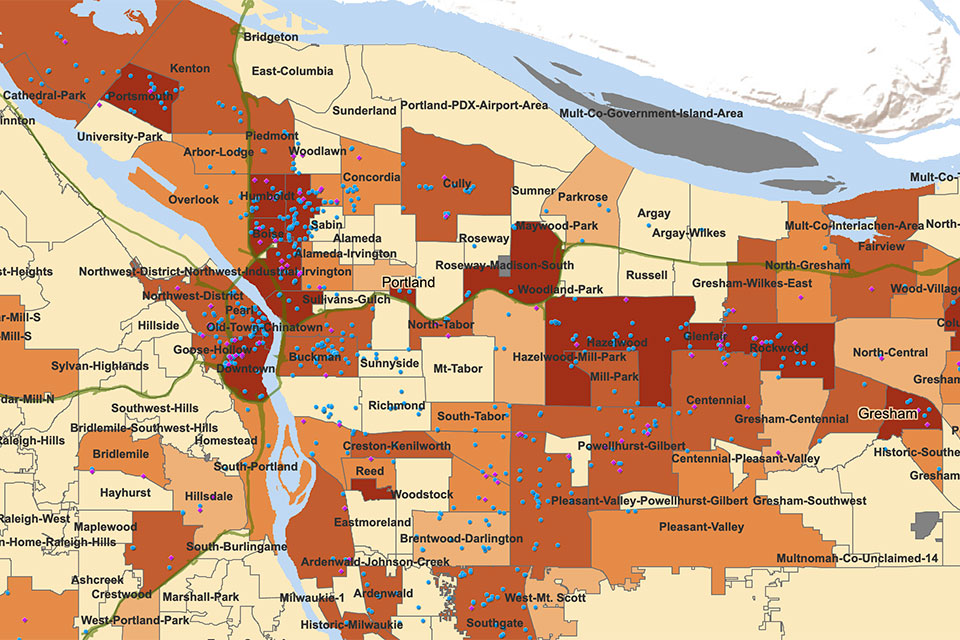 Click on the "Portland Metro Area Public Housing" tab in the image below, for interactive map.

We can not have a credible, fact based public debate with defensible arguments for or against any Public Housing Policy without credible data. Now we Oregonians, all of us, have it. In fact, it gets better than that. We also have easy to understand interactive maps that visually tell us the story of Public Housing locations within multiple level political and governmental jurisdictions in our Oregon.

The Oregon Housing and Community Services department and other county housing authorities have identified approximately 110,688 Public Housing households connected to Public Housing Authorities and related agencies in the state of Oregon. All of these households meet the following criteria: Public Housing i.e. a class of housing defined as, means test (less than or equal to 80% MFI) + government subsidy (any government any type) + rental agreement.

There is no publicly available evidence that any of these 110,688 Public Housing households are currently occupied by households that meet the following criteria: Affordable Housing is a mathematical construct defined as, rent/mortgage + insurance + taxes + utilities is less than or equal to 30% of household income.

Research has revealed that most Public Housing is not Affordable Housing.

Equity. Parity. NIMBY (not in my back yard). These terms can and should be considered with every decision to spend public funds on Public Housing throughout Oregon. Where Public Housing is located has not been a consideration in the placement of Public Housing because there was no authoritative source that all parties could use as a common factual basis. The Metro/Oregon Public Housing Location Maps will make these conversations and decisions possible.

We hope that after examining the Metro/Oregon Public Housing Location Maps and the included data files you will be motivated to ask yourself and your elected officials questions like the following:

Wildfires, pandemic and eviction repercussions coupled with huge increases in funding for Public Housing from all government levels must put Public Housing location decision making high up on many Oregon government agendas. Their location decisions can and will have a dramatic effect on their constituencies. These debates and decisions must all begin with the question: Is your congressional district, state legislative senate district, state legislative house district, county/city/neighborhood overloaded or underserved with Public Housing?