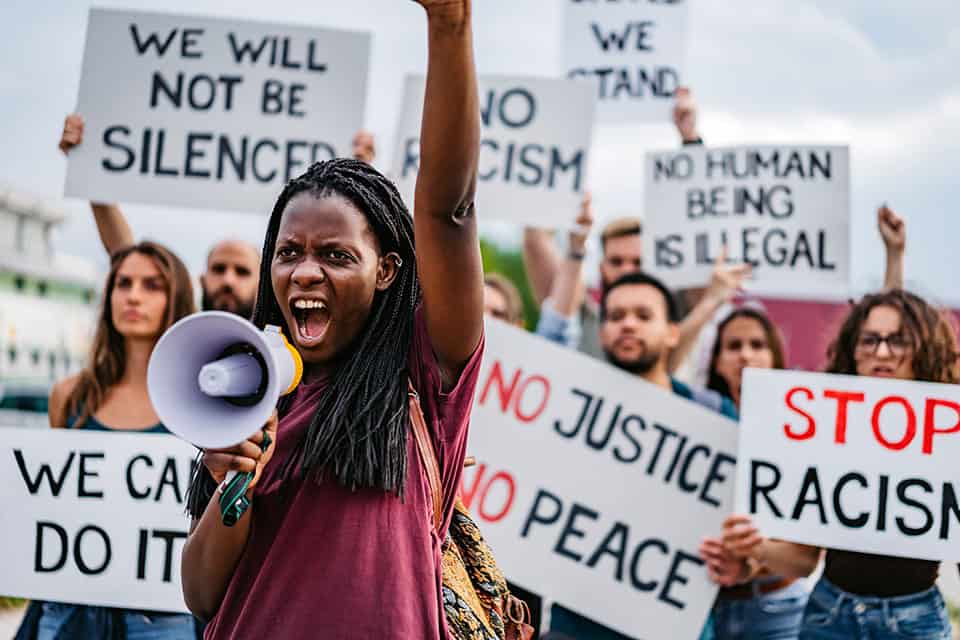 Dr. Richard M. Cooper, the co-coordinator of African American Studies and faculty in the Social Work department at Widener University, said there is a hidden assumption in the statement, ‘comprehensive thoughts on the most recent rise of White supremacy.”

The statement assumes a “rise” as an undefined indicator or measure of an increase in White supremacy over an unnoted period, Dr. Cooper submitted.

“For me, White supremacy is expressed in part, as overt White racism as a constant. It is omnipresent,” he continued.

Where does America go from here?

With the recent guilty verdicts in the trial of Derek Chauvin, the former Minneapolis Police Officer convicted of killing George Floyd; many opine that America is finally facing its day of racial reckoning.

Some say the murders of African American men and women and other individuals of color are reminders of how White America and its police force have routinely either prevented or undermined the quest for freedom, justice, and equality.

Several scholars told the Black Press that the United States, its police forces, and politicians now face a solemn question, “from the Klan to White supremacy, where does America go from here?”

“The original Klan and dozens of similar organizations rose after the end of slavery in direct response to the expanded rights of Black Americans,” offered Dr. William Horne, a postdoctoral fellow at Villanova University studying White supremacy in the education system and White backlash movements.

Today’s White supremacist radicals in the Republican Party parrot the rhetoric of “White genocide” used by the early Klan and affiliates while promoting the tactics of voter suppression, intimidation, paramilitary displays, and insurrectionary violence pioneered by the same racist reactionaries, Dr. Horne concluded.

“White power, White control, and White terrorism do not vary by political party and do not vary by White people’s voting patterns. Emphasizing Ku Klux Klan, White conservatives, and White Republicans allows White liberals and White Democrats to pretend to not be daily contributors to and benefactors of centuries of White abuse that encompasses all ethnicities, cultures, religions, and nations of origin that intentionally assimilated into racial Whiteness by controlling and abusing Indigenous, African-Black people, Asians, non-White Hispanics, and non-White Latinx,” said Dr. Kimya Nuru Dennis, an activist, sociologist and criminologist.

Dr. Dennis is also an educator and researcher, and founder of 365 Diversity.

“The Klan represented a large percentage of White people generations ago – masked and unmasked. With the decline in Klan membership, and the recent increase in versions of White supremacist organization memberships, this highlights how White terrorism is the core of the stolen and enslaved Western Hemisphere and parts of the world,” Dr. Dennis determined.

“This is the foundation of local and national governments, police and law enforcement agencies, medical and health systems, K-12 schools and colleges-universities, workforce development and employment, and family services.

“Therefore, the question of where we go from here requires no longer pretending the main problem is formal organizations like KKK and no longer allowing outspoken-when-convenient-White-liberals to be declared ‘White ally.’”

“When White people are allowed to smile and be comfortable in racial justice training, courses, protests, and discussions, that means the focus is 100 percent on keeping White people in power and not advancing African-Black people, Indigenous people, Asian diaspora people, non-White Hispanic people, and non-White Latinx/a/o people.”

The idea of Euro-American White superiority traces back to the “age of enlightenment” that posited that the rational scientific progress made by the European powers gave them the position of superiority and empowered them to rule over the world, added Dr. Vishakha N. Desai, senior advisor for global affairs to the President of Columbia University.

“Thus, the idea of White supremacy and privilege connects colonialist practices abroad and racism at home,” stated Dr. Desai, who also chairs the university’s Committee on Global Thought and is the author of the forthcoming book “World as Family: A Journey of Multi-Rooted Belongings.”

“This is a broad generalization, and it must be stated that there have always been alternative points of view and actions. But the ideas of White superiority and the ‘scientific progress’ have been intertwined for three centuries, if not more.

“If we are to create a more inclusive society, we have to first create an idea of mutual respect and humility.”