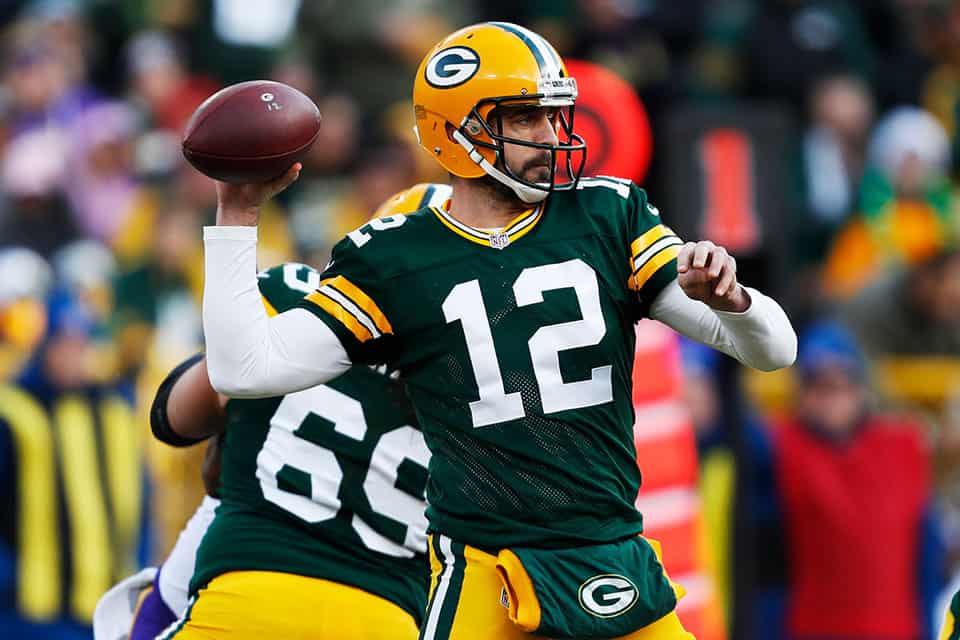 Give Aaron Rodgers a break, Green Bay. Just like Bart Starr & Brett Favre, Aaron Rodgers has been a Hall of Fame quarterback for the Packers for 16 years. And like Favre, it appears that Rodgers is on the verge of being traded to an AFC team before Rodgers can play a 17th season in frigid Wisconsin for a franchise that doesn’t appreciate what they have in Rodgers.

The San Francisco 49ers reportedly offered Green Bay a generous trade package that included 49ers starting quarterback Jimmy Garoppolo and the 3rd pick in this year’s National Football League draft (plus additional picks & players), but the Packers balked at the deal because Green Bay’s incompetent, delusional management reportedly believes the 2020 NFL MVP Aaron Rodgers will actually accept the ignominy of a restructured contract, instead of a much-deserved contract extension.

Additionally, Green Bay wants to avoid competing against an angered Aaron Rodgers as an NFC rival looking for payback against the clueless cheesehead Packers, so instead the former Oakland/Los Angeles Raiders have become a potential destination for Northern California native Rodgers who reportedly requested to be traded to the now Las Vegas Raiders, or to their AFC West division rival Denver Broncos, after Green Bay rejected San Francisco’s trade offer. As a lifelong Raiders fan, I say make Rodgers a Raider and do it now, Packers! Raider Nation would love to see the Raiders win a Super Bowl sometime this century.  And the Raiders would be more than willing to give Green Bay at least as much as the Los Angeles Rams gave up to the Detroit Lions to get quarterback Matthew Stafford.

Let’s make a deal, Green Bay!  Just do it before 37-year-old Aaron Rodgers sits out the entire 2021 NFL season, which will only dramatically decrease his trade value. Get what you can while you can, Green Bay: Derek Carr plus some first-round draft picks.