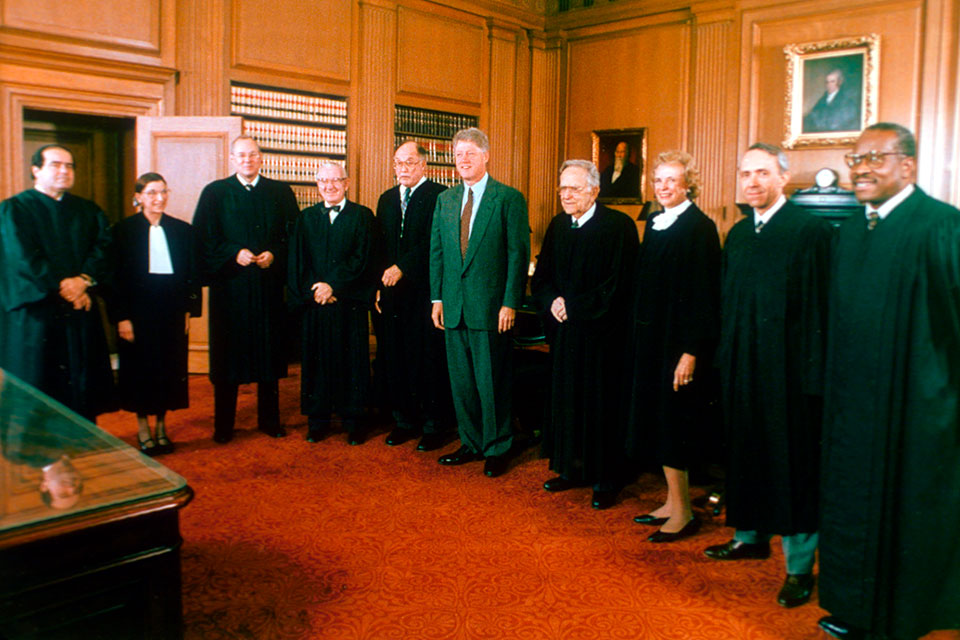 Our nation has lost a monumental and transformative figure. With the passing of Supreme Court Justice Ruth Bader Ginsburg, we mourn a trailblazer for equality, women’s rights and reproductive rights, a hero and a singular inspiration. Justice Ginsburg was a deeply principled person who demonstrated great courage and conviction throughout her entire legal career — courage that has ultimately shaped America into a more equitable and just nation.

I’m sure you remember that in February 2016, Senate Majority Leader Mitch McConnell refused to allow a vote to fill the late Justice Antonin Scalia’s seat because the presidential election was that year. Senator McConnell proclaimed:

Now, only SIX weeks before Election Day, with early voting underway, Mitch McConnell has already announced that the Senate will vote on a nominee before the presidential election. In this brazen rejection of fairness and democracy, McConnell has chosen to exploit the passing of Justice Ginsburg for political gain. Don’t let your senators join him in silencing voters’ voices — tell them they must let the people decide.

Use the easy form on this page to CONTACT YOUR SENATORS.

Justice Ginsburg’s legacy is one of principled defiance. In shows of great strength, she made immense strides toward equal protection for everyone and pushed the nation to protect voting rights and our freedom to make decisions about our own bodies. In this crucial moment, we cannot allow the Senate to reject our country’s most core principles. They must stand up, in defense of our democracy, and let the people decide.

The Southern Poverty Law Center (SPLC) is a catalyst for racial justice in the South and beyond, working in partnership with communities to dismantle white supremacy, strengthen intersectional movements, and advance the human rights of all people.