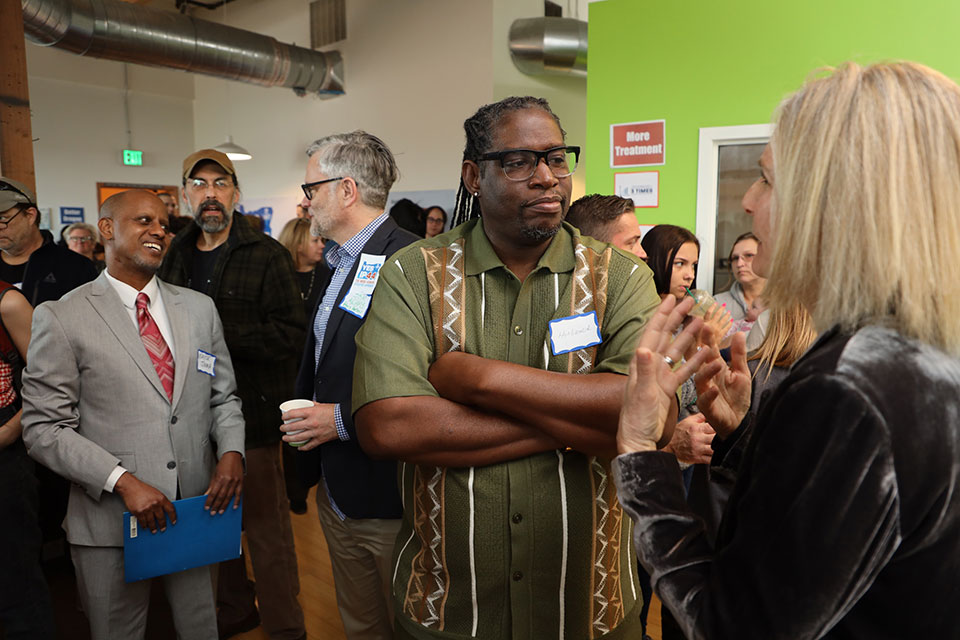 If you’d like to see fewer people on our streets and want to reduce systemic racism, I urge you to vote “Yes” on Measure 110 on Nov. 3. This measure, which is the Drug Addiction Treatment & Recovery Act decriminalizes low-level drug possession and establishes a pathway to addiction recovery for those who want it.

Measure 110 effectively removes drugs as an excuse for law enforcement to approach or detain people. The measure also increases access to treatment and recovery for people who are addicted. Measure 110 would be paid from Oregon’s existing marijuana tax, along with reduced spending within our criminal justice system due to reductions in arrests and incarcerations.

Drugs are the most arrested offense in America. Black and Indigenous people of color are much more likely to be stopped, questioned, harassed, arrested, charged and convicted for drug crimes even though they do not have higher rates of drug use.

Right now, the traditional way of dealing with drug use is punishing people for having a health problem. Turning it into a crime worsens a spiral that makes it nearly impossible to get your life back.

This criminalization also levies deep costs to the community. You see, when someone becomes entwined with the criminal justice system, especially if they are a person addicted to drugs, they suddenly face a lot of consequences that keep them in a bad place.

I should know. I am a Black man who used to be a drug addict on the streets of Portland.

When you’re arrested for drug possession, like I was repeatedly, it is much harder to be able to get housing or gainful employment for many years, if not the rest of your life. You can’t even consider finding education or training, you need to land a good job.

I had a decent start growing up in Portland, excelled at Washington-Monroe High School athletics and went into the Oregon National Guard afterward. Back then, I aspired to become a state trooper.

But my chosen career path didn’t work out and casual drug use spiraled out of control. Before I was 30, I was addicted to crack cocaine.

Today I am nearing 10 years of sobriety and have a job that brings meaningful purpose to my life.

I am a peer mentor at Central City Concern, doing outreach to people on the street in situations similar to where I used to be. I do my best to connect them with services when they ask for it.

My greatest challenge, however, is when someone asks to go to addiction recovery and I can’t find a vacancy. This happens daily.

Not only is it disheartening, it's extremely frustrating because, if we had the will to change our view of addiction, we as a community could provide the beds needed at recovery centers.

Measure 110 would do that. It sets a mandate for tax revenue we already receive to be funneled into addiction recovery services that would be available in all parts of the state, accessible 24- hours a day.

I know these changes would be critical steps in reducing our homeless population.

But don’t just take my word for it. A recent study released by the Oregon Secretary of State and conducted by Oregon’s Criminal Justice Commission, an independent body of state government, backs up my observation. The commission determined racial disparities will drop by 95 percent if we pass Measure 110.

When I was using, it wasn’t uncommon for police to stop and search me. Of course, they’d find whatever I was carrying for my next hit and use it as grounds for arresting me. Sometimes I had more than that, as I’d resorted to selling drugs on occasion. I went to jail more than once.

My addiction and my record made short stints at minimum wage jobs my only options for work.

I am here today only because I woke up one day around my 47th birthday and decided I didn’t want to live the rest of my life the way I’d been existing. I was able to get treatment.

But my story is the exception. Our state is dealing with a crisis -- one in 11 Oregonians are struggling with drug abuse. Every hour, someone in the state is arrested for a drug-related incident.

Now is the time to change the path for thousands of Oregonians. Just because we’ve always treated addiction this way doesn’t mean we have to keep treating it this way.

About 8,900 Oregonians are arrested every year in cases where simple drug possession is the most serious offense, according to the latest numbers from the Oregon Criminal Justice Commission. That’s the equivalent of about one arrest an hour.

This policy is putting too many people on our streets.

Instead of ruining lives, let's give people the means to help themselves make their lives better. Please join me in voting YES on 110!