Essay on War Against Portlanders Who Support Black Lives Matter 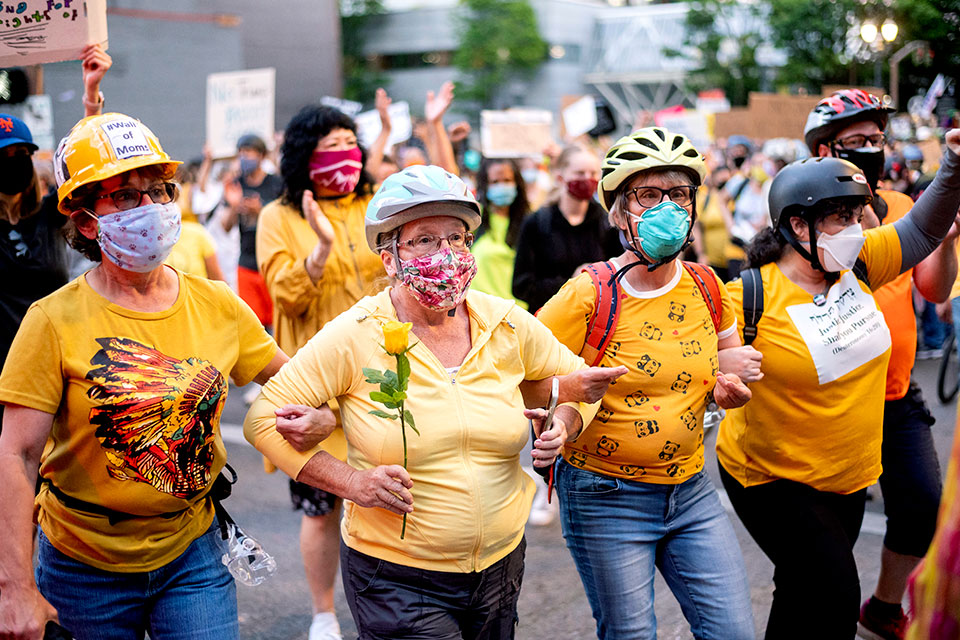 The ability to see only the cops' side when their criminality and lawlessness against peaceful protest is fueling the rage on the streets. Nightly police response has been disproportionate to the violence by protesters.

How is driving around in unmarked vehicles and snatching citizens off the street, whisking them away and detaining them for hours, without probable cause, in any way “lawful”?

How is attacking a line of Moms with tear gas, The Wall of Moms who had violated no law, but who were exercising their First Amendment Rights to protest peacefully, “lawful?”

How is telling demonstrators to move and then kettling them so that escape routes are cut off and then tear gassing them “lawful”?

How is chasing peaceful protesters down the street and firing impact munitions at them, putting some in the hospital, "lawful”?

How is chasing down then assaulting medical personnel with Red Cross markings who were aiding a victim of police brutality, in any way “lawful?”

How is chasing down and assaulting with batons retreating journalists who are holding up their valid press credentials for you to see, and who have every right to be there, “lawful?”

How is releasing so much tear gas at demonstrators that clouds of it penetrate neighborhoods and poison people in their own homes who weren’t even demonstrating, “lawful?”

Do you see why so many Portlanders are so angry at police? Do you see how you have destroyed any goodwill that you have tried to build with the community, absolutely destroyed community trust with your nightly police riots?

There is a revolution all right. And it is being captured on the video cameras of average citizens who are fed up with the heavy-handedness of both Federal and Portland Police.

Bill Diez is the former chair of Oregon Volunteers, Oregon Commission on Voluntary Action and Service.