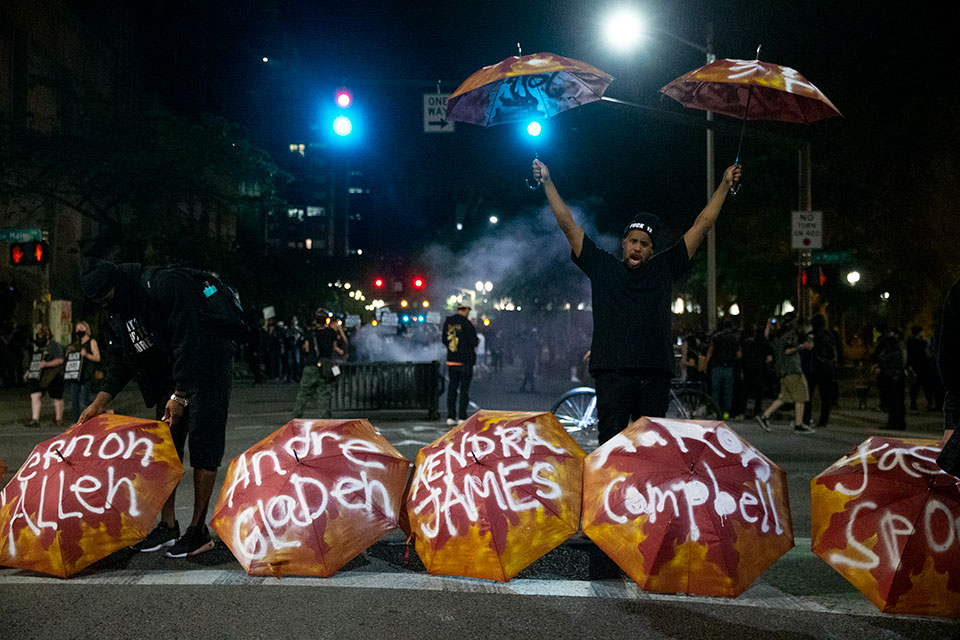 Last week it was disconcerting to see militarized federal officers with war weapons embedded with the Portland Police Bureau and stationed around Portland. Since then their presence brought on an escalation of violence towards protesters – an extreme response to a movement challenging police violence. This reckless and aggressive behavior has now put someone in the hospital. This protester is still fighting for their life and I want to be clear: this should never have happened. If this continues a life will be taken and it won’t matter whether a federal officer or Portland Police officer did it – it won’t bring that person back.

While I absolutely condemn the federal troops’ presence in Portland and demand that they withdraw, I am not naïve enough to think that their withdrawal alone will solve the issue. Even prior to the federal troops entering Portland, reports and videos of police violently responding to protesters came out nightly. Watching things reach a boiling point, I sent an open letter to Chief Lovell asking him to de-escalate the events unfolding and to publicly explain his and the bureau’s response to the nightly protests.

While we need to continue to challenge systems of white supremacy, including the ‘ok’ symbol found in the window of the Hatfield Courthouse, we also need to examine and tackle our own responsibility and complacency in these systems. It is our police force that has been responding violently to protesters before the federal troops entered the stage. If Portland will not lead in de-escalating the situation then the federal troops will take lead, and we have already seen how dangerous that will be for Portlanders exercising their first amendment rights.

We have had more than enough. The federal troops need to withdraw immediately, and after that we have the hard task of picking up the pieces and responding to what the public and this movement asks of us.