To Save Black Lives, and the Soul of Our Nation, Congress Must Act Boldly 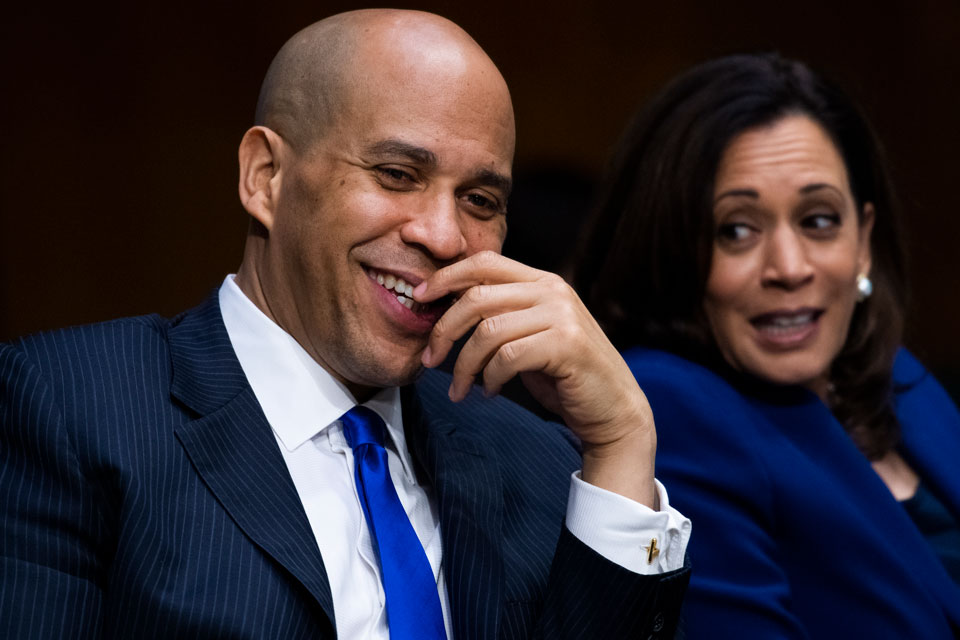 For too long, Black people in America have been burdened with the unjust responsibility of keeping ourselves safe from police.

We have been raised by elders and have been taught to pass along to future generations the understanding that every day, we must prepare how to navigate and even survive in a world where there is still no equal protection under the law and where too many officers view Black people as a threat to be protected against instead of people worth protecting. This is a fact we are reminded of every time we learn the name of another Black person who has been killed by law enforcement — George Floyd, Breonna Taylor, Elijah McClain, Tamir Rice, who should have been celebrating his eighteenth birthday yesterday — while recognizing there are so many more whose names we will never know.

And for too long, Congress has failed to require accountability and hold officers who do wrong responsible for their actions to prevent the killing of Black Americans at the hands of law enforcement from occurring again, and again, and again.

It is important that at this moment, Congress and the country are able to recognize the truth that America has a wretched and disturbing history of Black people being killed by law enforcement.

But recognizing that painful reality is not the same as taking bold action to change it.

The Republican JUSTICE ACT was voted down in the Senate earlier this week after an effort by Majority Leader McConnell to push a bill through with no measures of accountability, no end to the kinds of egregious practices like chokeholds and no-knock warrants in drug cases, and no input from the civil rights organizations that have been working on these issues for decades. In short, the JUSTICE Act would have wholly failed to bring the changes needed to policing in America that will save lives.

Our opposition to the JUSTICE Act was not about a Republican bill versus a Democratic bill — it was about the fact that proceeding with an approach so threadbare and ineffectual and calling it progress would actually set us back in the effort to address the very serious problems we have with policing in America.

A little over two weeks ago we, along with many of our Democratic colleagues in the Senate and the House, introduced the Justice in Policing Act, a bill that zeroes in on the areas most in need of urgent change: ensuring accountability for law enforcement in our courts, providing oversight of police departments and implementing transparency into their use of force.

Our bill will make sweeping changes to law enforcement practices and systems of accountability and begin to address and root out deadly systematic bias — and yes racism — in policing.

Our bill was designed with the understanding that, to address police brutality and discriminatory policing, we have to be able to hold police accountable in our courts for misconduct. We must reform the criminal and civil standards that apply to law enforcement misconduct, which includes changing the provision in federal law known as “Section 242” that deals with criminal law enforcement conduct and eliminating “qualified immunity” for police so that we can ensure dangerous police are held accountable in court.

Our bill will change the standard for police officers to use deadly force from “reasonable” to “necessary” when no other reasonable alternatives are available. In addition, our bill will encourage states attorneys general to open independent investigations and expand on pattern and practice investigations, which are needed when police departments are found to have consistently used excessive force.

Our bill will improve transparency into policing by collecting better and more accurate data of police brutality and use-of-force. Local police departments must report use-of-force incidents to the Department of Justice and we need a national police misconduct registry to document police abuses. Right now, the closest thing we have to a national registry are the few times these egregious acts are captured on video and make their way onto social media and the news. This is unacceptable.

It would not have saved Black lives.

We recognize that there is no one singular policy prescription that will fix or erase the centuries of systematic racism and excessive policing that have created this unjust reality. We need a holistic set of policy reforms to reimagine our entire criminal justice system.

And we need to understand that public safety is not simply about law enforcement. We need to be investing our resources in strengthening communities not criminalizing them — that means investments in healthcare, in education, and economic opportunities.

Both of us grew up with parents who were part of the civil rights generation in the 1960s. They were activists who organized, marched, volunteered and participated in a mass movement to raise our national consciousness, advance our culture, and critically, change our laws. Their work grew into a multi-generational, multi-faith, ethnically diverse American movement whose activism led to some of the most important legislation in our nation’s history: the Civil Rights Act of 1964, the Voting Rights Act of 1965 and the Fair Housing Act of 1968.

Without them, we would not be writing this today, let alone be among the six popularly elected Black U.S. Senators in our nation’s history.

Because of them, we know that today, change is possible, but it is not inevitable.

Across our nation, protesters are again forcing America to confront the ways our country has failed, and continues to fail Black Americans and fall short of our foundational aspirations, that we are a nation of liberty and justice for all.

And critically, these activists are calling on all of us to make this time in our history more than a passing moment, but a movement.

To do that, we have to act boldly. We cannot settle on an inadequate middle ground that will simply nibble around the edges instead of making real change.

If someone’s knee is on your neck, you cannot take it halfway off and call it progress.

There is no halfway when people’s lives are at stake. We save them or we do not.

The choice is still up to Congress.