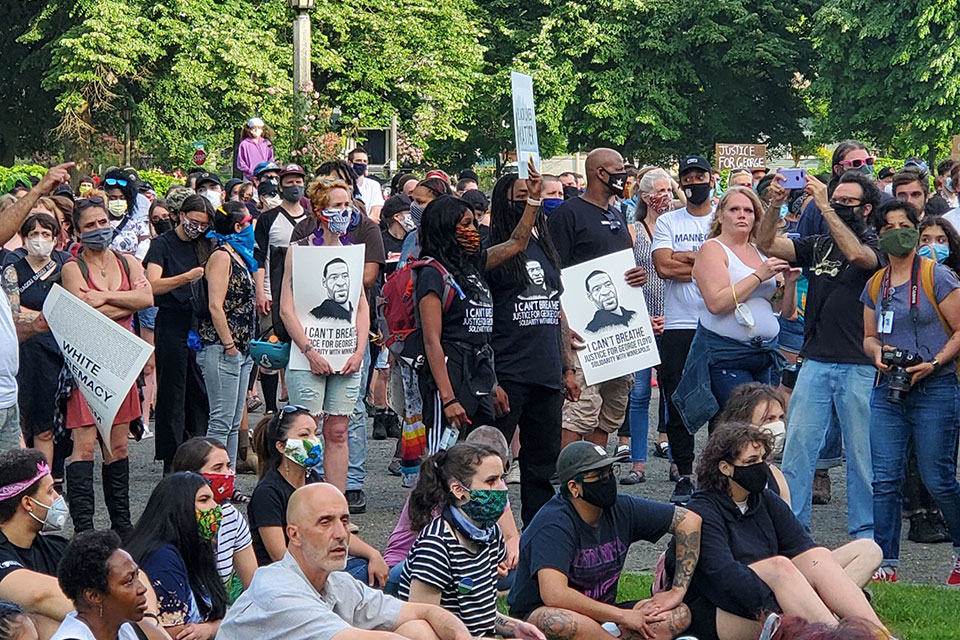 Editor's note: The below letter from Kerry Barnett, originally written on Saturday, May 30, 2020, was submitted by his colleague. 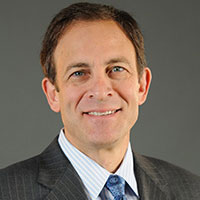 Kerry Barnett, President and CEO, SAIF CorporationI wanted to offer some of my personal thoughts about last night’s events.

We talk a lot about the medical and economic damage wrought by the coronavirus. We’ve also experienced its negative impact on our sense of community. It has literally driven us apart. We’ve retreated into our homes, physically distanced ourselves from each other, canceled community gatherings, and shuttered the places where we come together.

In the last couple of weeks, we’ve started to see welcome signs of progress. Many businesses, parks, and other gathering places are beginning to reopen — cautiously, with health and safety restrictions in place. Our own planning to reopen SAIF facilities is well underway. We’ve begun to see some hopeful signs of reawakening in our sense of community.

Then last night, an angry but peaceful crowd gathered for hours to protest in North Portland. As the night wore on, a subset of the crowd marched downtown, and a day of concerted, thoughtful, unifying protest gave way to violence and vandalism. Tonight, the city is under curfew. Just as we were poised to make a big step forward in our community opening up and coming together, we’ve moved backwards into self-destruction and isolation.

We’re not alone, of course. Minneapolis, Los Angeles, Atlanta, New York and countless other communities were on fire last night, too. It’s the same dynamic we saw last night in Portland, but when it’s our state and our community, we feel it acutely.

We should not separate the protest (and the later riot) from the events that led to the protest. A man was killed in Minneapolis in front of a crowd by four police officers. An officer’s knee was on the neck of George Floyd when his body went limp. A week earlier, we heard news of a man in Georgia that was out jogging was pursued, confronted, and shot and killed in a struggle. A White woman in New York got in an argument with a man in Central Park over her dog being off-leash; she called 911 and reported falsely that a Black man was attacking her. As we all know, these three examples barely scratch the surface. I read about these and other incidents and can’t help but feel angry and incredulous.

Each of these situations — and dozens of others in recent years, and countless others in recent decades — is a unique and complex web of facts and circumstances and accusations. But we should recognize the common thread of racism and hatred and the accumulated weight of so many tragic and egregious events and share the resulting anger and frustration. I believe the conclusion has to be that something is deeply, systemically wrong, something that runs counter to the basic value of social justice.

I can’t empathize with the nightmare of the riot: setting fires, destroying vehicles, throwing rocks and bottles, and looting stores. These actions push us away and alienate us from a common cause. We should condemn these actions and individuals that destroy our physical and emotional community.

But we must also condemn the egregious actions over the years — and of the last few weeks — that reflect racism and hatred, result in needless death and injury, and spawn the anger and frustration we see boiling over all around us. These actions threaten us all; they imperil our community in every sense. These actions create anger and hatred, which inevitably leads to violence, as we saw last night. We can’t focus only on the violence without paying attention to what’s going on upstream. We’re looking at a long, complex, difficult, multi-faceted string of events, where hatred leads to more hatred, and violence leads to more violence. Each of us has to work to break the chain and nourish our fragile sense of community — that gravitational pull that draws us together.

It’s not enough to sweep up the broken glass the next morning and try to get back to “normal.”

There’s no simple five-step plan to fix everything. I wish there were. But let’s not let the size and complexity of the problem paralyze us. Progress is slow: two steps forward, one step backwards. Let’s each of us move forward in our understanding of the problem, in holding ourselves accountable for our own attitudes and biases, and in coming together, not apart.

I’m proud of our efforts at SAIF to build an open, accepting, diverse, positive culture. We’ve worked hard to maintain our strong sense of community, but between the coronavirus and recent national and local events, never has it been as challenging to do so.

When I was a kid and my brother, sister and I would be in a large boisterous crowd at some event, my Dad would always tell us, “Stay together.” 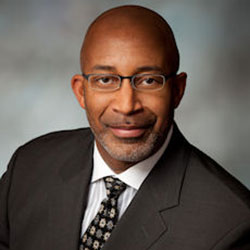 Charles A. Wilhoite, Managing Director, Willamette Management Associates I have never submitted anything like this to a publication, but I believe it is incumbent upon each of us to move from places of safety and comfort and take positive steps to advance and promote positive messages in order to bring about positive change. Because he is a White male, Kerry Barnett’s message to his staff represents one such step, personifying the concept of an “ally” required by communities of color and others who continue to experience social and economic injustice. As stated by Dr. Martin Luther King, Jr., “Our lives begin to end the day we become silent about things that matter.” We should all be talking.

As an African American male, I have had my own unpleasant experiences with the law, while, at least in my mind, conducting myself in a law-abiding manner. As a younger adult in Oregon, I was stopped by the police on numerous occasions, one of which likely contributed to an officer’s ultimate imprisonment given that I was in a position to use my voice in a manner that could not be ignored.

As we all know, raising one’s voice and being heard is not typically the norm for people of color and those at or below the margin who are socially and/or economically disadvantaged. I know each of you and you know me and my history of working to contribute toward the betterment of Oregon, for all people, so please understand that I am coming to you from a place of pain having witnessed yet another tragic, unnecessary loss of an African American life at the hands of police officers and the resulting hurt and damage that continues to shred the fabric of our communities.

Thank you for your consideration, and continued best to you and your loved ones.

SAIF is Oregon's not-for-profit workers' compensation insurance company since 1914. From the website: They take care of injured workers, help people get back to work, and keep rates low by focusing on workplace safety.