Communities in Crisis: An Argument for Raiford for Mayor 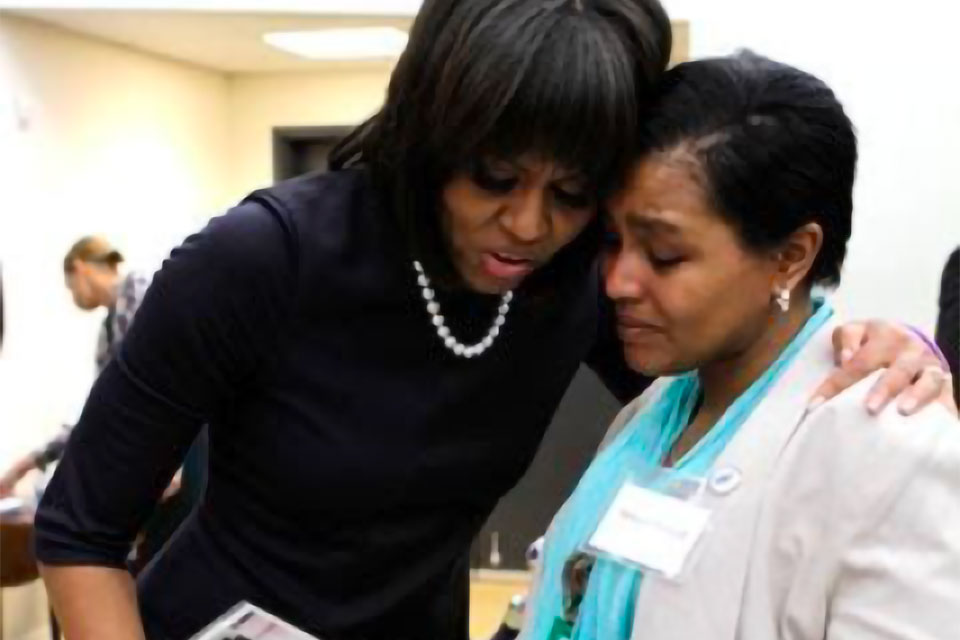 “Things need to change,” says Mayoral candidate Teressa Raiford. “Houselessness is a public safety and health crisis, but we aren’t doing anything to mend it.”

Born and raised in Portland, Oregon, Teressa grew up in the Eliot neighborhood, attending Harriet Tubman Elementary as well as Jefferson High School. After raising her son and daughter in Portland, she made the move to Dallas, Texas to pursue a career opportunity in banking.

In 2010, Teressa lost her nephew to gun violence in Portland, abruptly moving back to be with family. Demanding accountability for his senseless death and the lack of investigative services related to other gun violence, she became politically involved and still remains to this day. A frontline advocate for public safety, Teressa has spent the past decade-plus meeting with policymakers and state leaders for resolution towards gun violence and systematic discriminatory laws; this included an invitation to meet with Michelle Obama at the White House.

As homelessness rises, Teressa is working to redress the housing public safety and public health crisis issues because there are no effective solutions or strategies set in place. In addition, Wards of the State who age out of the system are left without a safety net and no place to transition themselves to, inadequate or no resources, and no direct service advocacy.

As Mayor, Teressa plans to evaluate structures owned by the City to create immediate housing and to identify the youngest and vulnerable first; our disabled and senior communities, and connecting families who have less access and need restoration. Teressa says that housing does not need to be run by those without a relationship with the community. We need social change, thereby interrupting today’s system of leadership is inevitable. Teressa makes it clear that we need leadership and the Mayor should be a public servant who is willing to serve the community.

In her work bringing about social change and advocating for the rights of communities, Teressa has experienced adversity but she comments about how future leaders such as our youth should be supported by families and communities. This includes teaching sciences, developing a mainframe, having families with invested interests participating in civic engagement and showing up to political events. There needs to be political change and having more people out in the streets community organizing and more organizing of folks.

Other concerns would be audits that show the criminalizing of and attributed terms to the so-called African American community as disadvantaged, or at risk, etc., and how it is subliminally programming the consciousness as something negative or having an inferior state.

The ‘At Risk’ programs are not being utilized for the Black community and the models are kept for those who are stealing from the Black community. Changes to the city code are needed. Teressa says we need to change police policy and remove the current policing model, including overrepresentation in prisons. Over policing is rooted in white supremacy and the deadly force training is escalation and teaches that folks who are identified as black/brown/African/African American are a threat. Suicide rates are up in the people of color communities and they are not investigated.

Teressa’s long term goals would be educating the community and shifting the consciousness of people to seeing that power is possible! Teressa encourages folks to research and start archiving their own history from family to current events. Since history can be distorted and deliberately changed, especially the imagery; archiving and preservation are important to carry on heritage. Teressa credits some history that in 1952, Portland, Oregon had an all-Black police axillary force. How about that for ‘real history’!

Healing of community is needed and we need truth before reconciliation.

Teressa has several canvas meets, library events and other local gatherings throughout the city for all to join. Please view her website at teressaraifordformayor.com and meet her when she comes to your neighborhood!

Teressa Raiford started an online petition for 1,000 stimulus checks to Portland residents who are currently unemployed or who make less than $75k per year.  We need 1,000 signatures and need about 171 more votes to reach the goal. You can view and sign here.