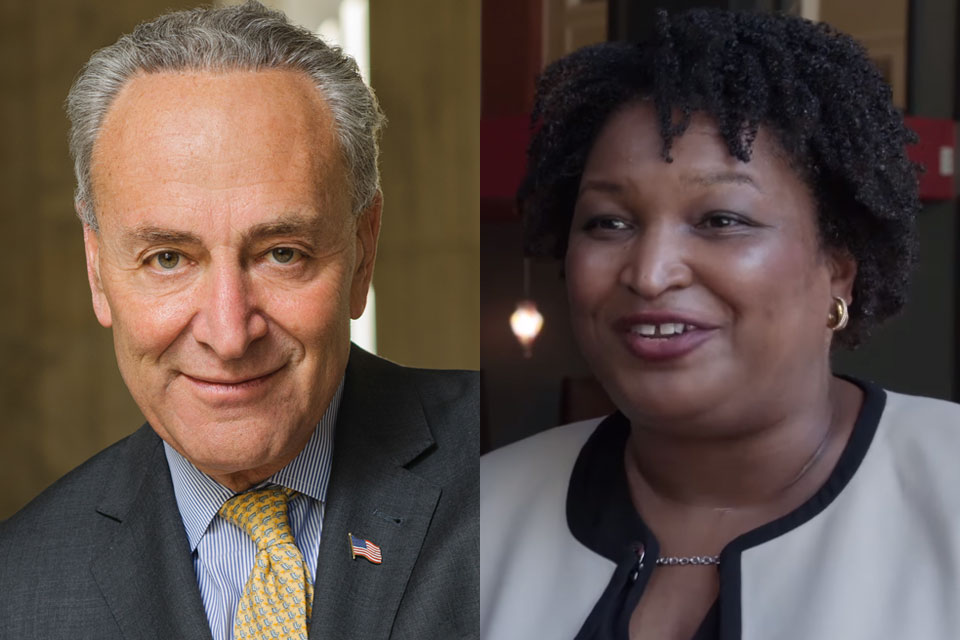 This year’s presidential election will propel many issues into the spotlight: the economy, health care, foreign policy, our education system and much more. One issue that gets far too little attention, often mentioned as just another item on a long list of priorities, is voting rights. We write to argue that voting rights in America should be at the top of that list in this election. It is from the right to vote that all our other rights as Americans derive. And today, in 2020, that fundamental right to exercise the franchise is being challenged and, in many cases, eroded, in states across the country.

It’s time to fight back.

Last Saturday marked the 55th anniversary of one of the most significant moments in the history of our democracy. On the morning of March 7, 1965, nonviolent activists, including a young John Lewis, set out on a 54-mile march from Selma, Alabama, to the state capital of Montgomery to bring national attention to the plight of African-American citizens who were being denied their constitutional right to vote by the racial terror of the Jim Crow South. At the foot of the Edmund Pettus Bridge, marchers were met by state troopers and county possemen who hurled tear gas and attacked them with billy clubs and police dogs. Spectators cheered. The horrific events of this day, which came to be known as “Bloody Sunday,” shocked the conscience of the nation, and compelled President Lyndon Johnson and a bipartisan majority in Congress to enact the Voting Rights Act (VRA) less than five months later. 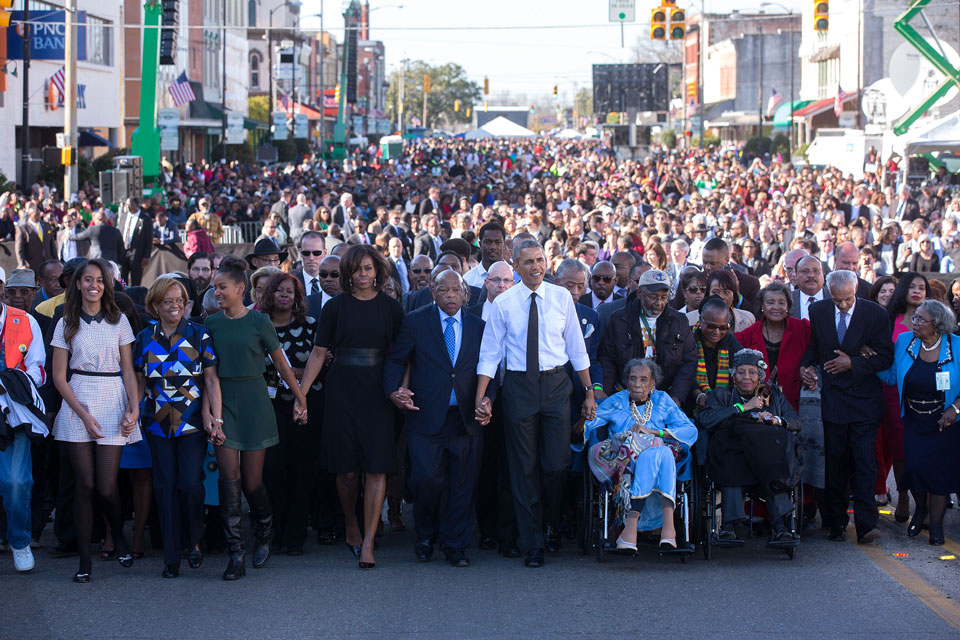 Then President Barack Obama and family march with Sen. John Lewis in Selma, Alabama in March 2015 to commemorate the 50th anniversary of 'Bloody Sunday' (photo by Pete Souza)The VRA provided the federal government with the tools to finally uphold the 15th Amendment’s guarantee that no citizen can be denied the right to vote because of the color of their skin. For half a century, the law stood as a powerful force to prevent the type of racial discrimination in voting that plagued our nation’s history for generations. In the decades after the VRA, both parties in Congress worked to defend voting rights. The law originally passed with leadership from both the Republican and Democratic parties and was reauthorized under Republican presidents on four separate occasions: President Nixon in 1970, President Ford in 1975, President Reagan in 1982, and President Bush in 2006.

Only in the past few years has that bipartisan consensus around voting rights collapsed. In 2013, in a 5-4 decision, the Supreme Court’s conservative majority in Shelby County v. Holder gutted critical provisions in the VRA that until then had allowed the federal government to prevent states with a history of discrimination from implementing changes to their voting rules without pre-approval.

The response to Shelby was sharp and immediate. Republican-led state legislatures rushed to pass new laws and drew new legislative districts with the explicit purpose of disenfranchising minority voters. Texas legislators immediately re-imposed the strictest voter-ID requirement in the United States. North Carolina’s Republican-led legislature passed a wave of new laws designed to limit access to the ballot box, including a new photo-ID requirement, drastic cuts to early voting, and the end of same-day registration.

In Georgia, then-Secretary of State Brian Kemp oversaw the closure of 214 voting precincts across the state from 2012-2018. According to an analysis by the Atlanta Journal-Constitution, these closures, most of which occurred after the Shelby decision, likely prevented an estimated 54,000 to 85,000 voters from casting ballots in the 2018 election. The AJC found that the impact was greater on black voters, who were 20% more likely than white voters to miss elections as a result of these closures.

Today, in state after state, Republicans are working to purge voter rolls, draw partisan district lines, and limit the impact of minority voters. Democrats have to fight back in every possible way. We must challenge these insidious attacks on our democracy in the courts and in Congress and out in the country.

The Democratic House has already passed H.R. 4, the Voting Rights Advancement Act, which restores federal oversight of voting changes in states with a demonstrated recent history of repeated voting rights violations. Senate Democrats are advocating for the implementation of nationwide voter registration and an end to voter roll purges, and continue to pressure the Republican Leader of the Senate, Mitch McConnell, to bring the Voting Rights Advancement Act up for a vote in the Senate. If Democrats retake the majority in the Senate this fall, voting rights legislation will be one of our first priorities. Outside of Congress, non-profit groups like Fair Fight (led by one of the authors of this piece), are signing up new voters, educating voters, and fighting voter suppression whenever and wherever it rears its ugly head.

This is a fight that must be waged on many fronts. It is a moral travesty that support for voting rights has become a partisan issue. The ability to participate in free and fair elections is a birthright given to all Americans, something that generations of Americans have marched and fought and died to exercise, expand, and ultimately guarantee. Efforts to protect that birthright should be embraced by both of America’s major political parties. Voting rights are not a Democratic issue or a Republican issue. But until that day comes, candidates up-and-down the ticket, leaders at every level of government, and above all, the American people, must make voting rights a priority in this election.