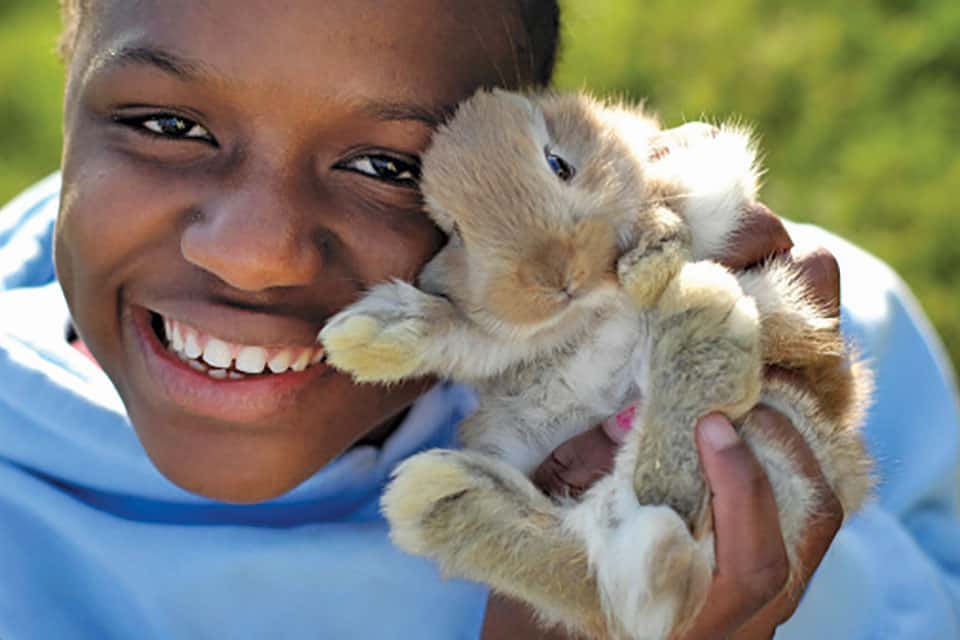 Years ago, the race equity community approved when the Centers for Disease Control acknowledged that social determinants of health - economic stability, education, social and community context, health and healthcare, and neighborhood and environment - are conditions that affect the quality of life for Americans.

Deep down, we knew a big piece of the puzzle was still missing.

Research demonstrated that exposure to racism can harm a person’s mental and physical health.

But the government never explicitly included racism as a social determinant of health, despite the abundance of evidence and the ever-growing health disparities imperiling people of color.

However, the American Academy of Pediatrics valiantly stepped into the void.

The organization of 67,000 pediatricians, which is committed to optimal physical, mental and social health and well-being for infants, children, adolescents and young adults, recently issued a policy statement declaring that “racism is a social determinant of health” with a profound impact on the health status of children, adolescents, emerging adults and their families.

“Although progress has been made toward racial equality and equity, the evidence to support the continued negative impact of racism on health and well-being through implicit and explicit biases, institutional structures, and interpersonal relationships is clear,’ AAP stated.

“The objective of this policy statement is to provide an evidence-based document focused on the role of racism in child and adolescent development and health outcomes...”

Their statement is a significant development. It spells out that racism is inflicting harm on our babies as they grow, clearing the way for pediatricians and other pediatric health professionals to proactively engage in strategies to optimize clinical care, workforce development, professional education, systems engagement and research.

These actions can reduce the health effects of structural, personally mediated and internalized racism, improving thehealth and well-being of all children, adolescents, emerging adults and their families.

Further, the nation’s changing demographics dictate the need for pediatricians to have an unbiased office environment for children and their families – data shows that half of the children in American last year were nonwhite, while U.S Census data indicated up to two-thirds of pediatricians are White.

The AAP policy is a beacon of hope in troubled times.  With this mandate, pediatrics can have a powerful impact on the nation - they touch every child, and nearly every family. I am not aware of another major medical entity that has dealt with racism in such explicit terms.

Their directive  aligns with #Rx Racial Healing, a movement activating a critical mass of people committed to working together and healing the wounds of the past as we seek to end racism and the inequities it has created.

Perhaps others have shied away from such designations out of fear that they don’t have a cure – after all there is no pill or surgery that can be ordered to jettison the fundamental premise of a hierarchy of human value, which is what fuels racism.

As a nation, we must discard this belief that skin color and ethnicity make a child or adult inferior or superior to another. But today, we have demonstrated, and AAP seemingly has recognized, there is an effective path forward against the belief in a hierarchy of human value.

The seeds were planted some 35 years ago when, with the support of philanthropic foundations and education associations, we launched “Americans All,” an initiative focused on bringing children from all races and cultures together to explore their collective experiences.

It embodies the chief strategy for jettisoning the belief in a hierarchy of human value – creating environments where people, children and adults, build trust with one another, recognizing that they have so much in common.

Our focus today is on advancing #Rx Racial Healing. It will reshape communities, using a new interconnectedness to bring more equitable practices and policies for living, policing and governing and lead to a more equitable distribution of resources.

It underscores the importance of the AAP’s declaration. These doctors have publicly repudiated the ideology of a hierarchy of human value.

That means so much.

It is largely unspoken, but many African Americans, especially our children, feel apprehension the first time they step in an examining room of a White doctor. Does this doctor really care about me? Is this doctor racist?

Will I be treated differently, as some studies indicate, because I am Black?

The AAP took a major step towards relieving that anxiety.

What if there is a plaque on the pediatrician’s wall that states, “We acknowledge the shared human ancestry of all people and disavow and repudiate the idea of a hierarchy of human value.

"We value all people equally here and are working to achieve health equity by eliminating racism and other forms of exclusion and oppression.”

Because of the AAP, a significant transformation is within reach.

Dr. Gail C. Christopher, the former Senior Advisor and Vice President of the W. K. Kellogg Foundation, is Executive Director of the National Collaborative for Health Equity and founder of the Rx Racial Healing movement.