Watching a Father and Son 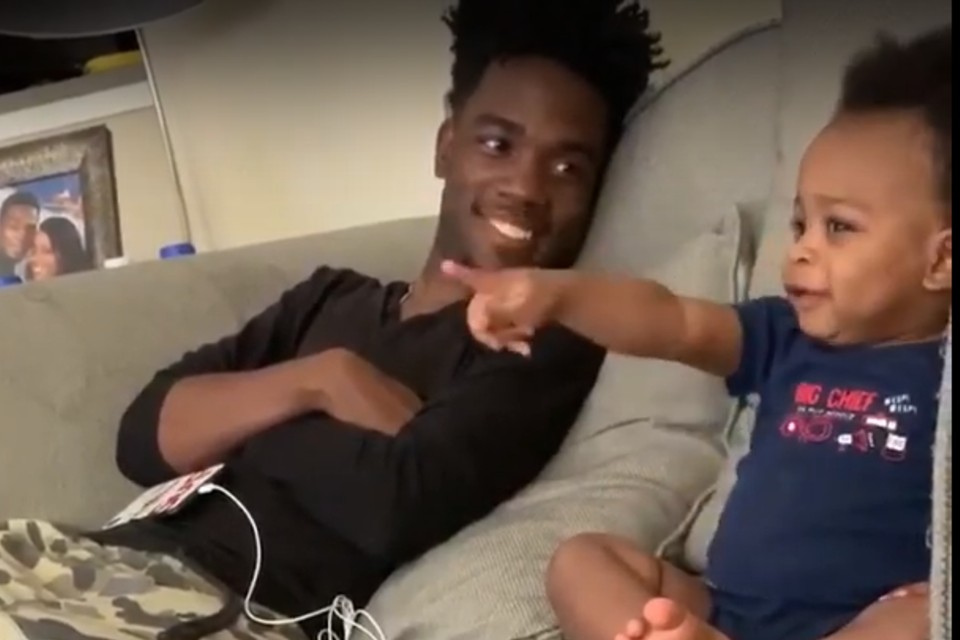 Bill Fletcher, Jr., NNPA Newswire ContributorYou must have seen this video of a father speaking with his pre-verbal son about the season finale of Empire. The video went viral at warp speed and DJ Pryor—the father—was overwhelmed by the outpouring of emotion that the interaction with his son evoked.

I have watched the video several times and love it. What especially struck me, and continues to, is that Pryor does not speak “baby talk” to his son, Kingston Jierre. He is holding a conversation and his son is attempting to do likewise. The son looks back and forth between the television and his father, moves his hands around and offers commentary. It does not matter whether his words make no sense. This was just the sort of interaction that needs to happen with a child at that age.

This video stands in contrast to what I frequently see with parents who ignore their children in favor of a cell phone call or listening to music, on the one hand, or yelling at their children on the other hand.

When my daughter was about the age of Pryor’s son I distinctly remember being out of town and calling home. I would always make a point of asking my wife to put my daughter on the phone so that she could hear my voice and so that I could hear hers. One evening I called, and my daughter got on the phone. It was remarkable. It was just like the Pryor video. My daughter held a conversation with me…in gibberish! But she did it so well with changing intonation, chuckling and seemingly asking me questions. I realized in that moment that she was on the verge of talking.

It is not just that the Pryor video is adorable. It reminds the viewer of the components of love that must exist between a parent and child. Pryor was not holding his son in any particular manner; in fact, he was not holding him at all. The two of them were looking back and forth between each other and the television. Pryor was taking his son very seriously and you could tell that the son felt that in a very deep manner.

The sort of interaction between father and child as seen in the Pryor video should remind us that our work to raise our children is communicated through actions, words, gestures and the look in one’s eyes.

Pryor and his son, Kingston Jierre, are lucky to have one another. And, although she is not in the video, I am sure that the child’s mother contributed immensely to a situation whereby the son was ready to engage his dad.

Bill Fletcher, Jr. is a proud father and grandfather. Follow him on Twitter, Facebook and www.billfletcherjr.com. Check out his mystery thriller The Man Who Fell From the Sky.