Rest in Peace: Texas Leaders Step Up to Protect the Sacred Remains of the ‘Sugar Land 95’ 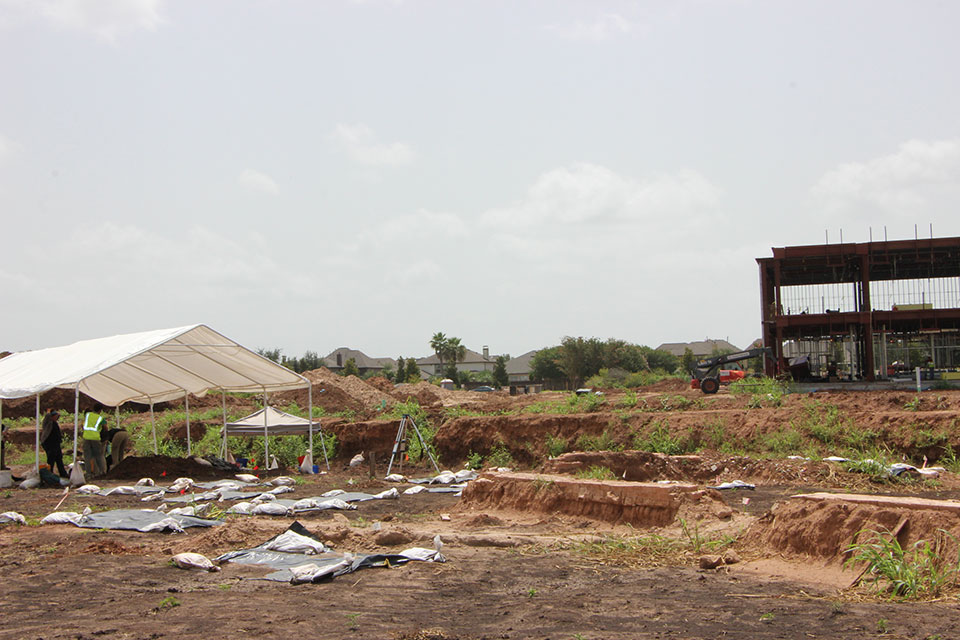 This past week, the Fort Bend ISD (FBISD) Board of Trustees unanimously voted to no longer move forward with any legal actions related to the historic cemetery where the 95 individuals, commonly known as the ‘Sugar Land 95’, were discovered by a contractor back in February of 2018 while working on the initial phase of FBISD’s planned site of the James Reese Career and Technical Center. The game changing decision by FBISD came a week after the Fort Bend County Commissioners Court led the way by unanimously voting to work with FBISD to come up with an interlocal agreement to best handle the sacred site where the remains were found.

In a statement released by FBISD Board President Jason Burdine regarding the decision, he states:

“Fort Bend ISD agrees that the ‘Sugar Land 95’ need to be memorialized at the site of discovery. We have embraced the offer made by Fort Bend County to work with us to create an appropriate memorial for the victims of the convict leasing system. We are hopeful and optimistic that by working together with the County these bodies can be reinterred so they can rest in peace. Should we encounter any obstacles to this solution, we will look to the State of Texas, other elected officials, as well as lawmakers, to assist us in finding a solution.

“We appreciate and welcome the County’s recent commitment to work with the District toward a solution that preserves the story and memory of those buried on this historic site. In order to show our good faith and commitment to working toward a comprehensive solution, the District will halt all further court action while we explore all available options with the County.

“The District’s plan to build the portion of the building that is within the cemetery area has been cancelled.

"We are confident that our partnership with the County will result in a solution that allows the historic cemetery to operate by a legally authorized entity. We look forward to working with local elected officials and community leaders to implement this solution as quickly as possible and keep our promise to honor and educate the public and future generations about the 95 souls who were previously lost to history.”

FBISD had been under serious pressure to halt the construction on the site and work with community leaders to best address the situation. Prior to a coalition of community activists, elected officials and major stakeholders coming together to advocate on behalf of the ‘Sugar Land 95’, all indications were that FBISD was committed to moving forward with their construction plans and were completely disregarding the requests of many in the community.

“I am enthusiastic about the school board’s decision to focus on negotiation as opposed to legal action or construction on the grave sites,” said George.

“The community should know that there is still considerable work to be done, and I look forward to making sure that all parties keep justice for the ‘Sugar Land 95’ as their guiding principle.”

U.S. Congressman Al Green (D-TX), who represents constituents in Fort Bend County, joined in with fellow elected officials and community activists to advocate for the ‘Sugar Land 95’ and believes the decision to halt construction was simply the right thing to do.

“I must express my gratitude for the righteous community activists tirelessly working to ensure these 95 bodies are properly memorialized,” said Congressman Green. “It is my honor to advocate for this cause. We have an opportunity to right a wrong. This is an opportunity for us that we will respect the remains of people and treat them with dignity. This is what a great country does. Let’s bring justice to this circumstance.”

The discovery of the remains of the ‘Sugar Land 95’ victims, the majority of who are believed to be former slaves who were a part of the state of Texas’ controversial and inhumane convict-leasing system, could have been unearthed well before the contractor found the remains if people chose to listen to community activist and historian Reginald Moore from the beginning.

Moore, who has served as the caretaker of the Imperial Farm Cemetery in Fort Bend County, constantly tried to inform elected officials, state employees, community leaders and FBISD that those bodies were more than likely buried on the land where they eventually were found.

Moore had always believed the bodies of those former convict-leasing system workers were there, especially because of his experience as a caretaker at historical cemeteries and his work as a correctional officer in the Texas Department of Criminal Justice from 1985 to 1988.

Moore has extensive knowledge about the convict-leasing system, in that he worked in the Beauford H. Jester I and III Units, which is a prison farm located in unincorporated Fort Bend County. The Jester I Farm was the first one built by the state at this site and was known as the Old Harlem Farm. While working at that site, Moore became interested in the history of the prison system and became a major researcher on the subject matter.

After leaving the prison, Moore has continued to serve as a community activist and has sought to highlight and bring awareness to the abuses suffered by prison inmates who were forced to become a part of the Sugar Land convict-leasing system. Moore helped create the Convict Leasing and Labor Project in order to document the abuses of forced labor in the United States, both past and present.

One of the community activists that has been totally engaged and has worked closely with Moore on this issue has been historian Sam Collins. Collins stated that he is thrilled to hear the news about the ‘Sugar Land 95’, but has mixed emotions about the decision by FBISD.

“I am disappointed that Fort Bend ISD stretched this decision out so long,” said Collins.

“We expended a great deal of energy and time having to fight. Moving forward, I hope they do not try to capitalize on the remains to recoup the cost they drove up. They should deed the property to the county for one dollar ($1). I look forward to working with the Convict Leasing and Labor Project and Fort Bend County to help educate the public regarding this history.”

Over the past few weeks, State Representative Ron Reynolds of District 27 (D-TX) has filed several bills and resolutions to bring awareness to the travesty of the convict leasing system, and is seeking to ensure there is some reciprocity given to the descendants of those who were subjected to this brutal and inhumane system.

“I am proud to have worked with various committed stakeholders to ensure that Fort Bend ISD did the right thing for the ‘Sugar Land 95’,” said Rep. Reynolds. “Congratulations to ALL the various community activists and elected officials that stepped up to speak truth to power! We are stronger together!”

Rep. Reynolds has filed the following bills and resolutions so far during the 86thTexas Legislative Session:

Texas House Concurrent Resolution 55, which directs the State Preservation Board to initiate steps to provide for the replacement of the Children of the Confederacy plaque with a plaque to honor victims of the state’s convict leasing system;

Texas House Joint Resolution 87, which proposes a constitutional amendment requiring the payment of reparations to the next of kin of certain victims of the state’s convict leasing system;

Texas House Bill 2430, which is related to requirements in a lawsuit for the removal of human remains from a cemetery;

Texas House Bill 2036, which is related to the issuance of permits for the analysis of human remains recovered on state archeological landmarks; and

Texas House Concurrent Resolution 51, which would create a joint interim committee to study the legacy of convict leasing in Texas.

The National Newspaper Publishers Association (NNPA), a trade group that represents over 200 Black-owned media companies across the U.S., will continue to monitor the status of these bills and resolutions that have been filed in order to see how they will impact the state of Texas and any other states across the country that may have historically identical situations.