What Happened? Assessing the Singapore Summit 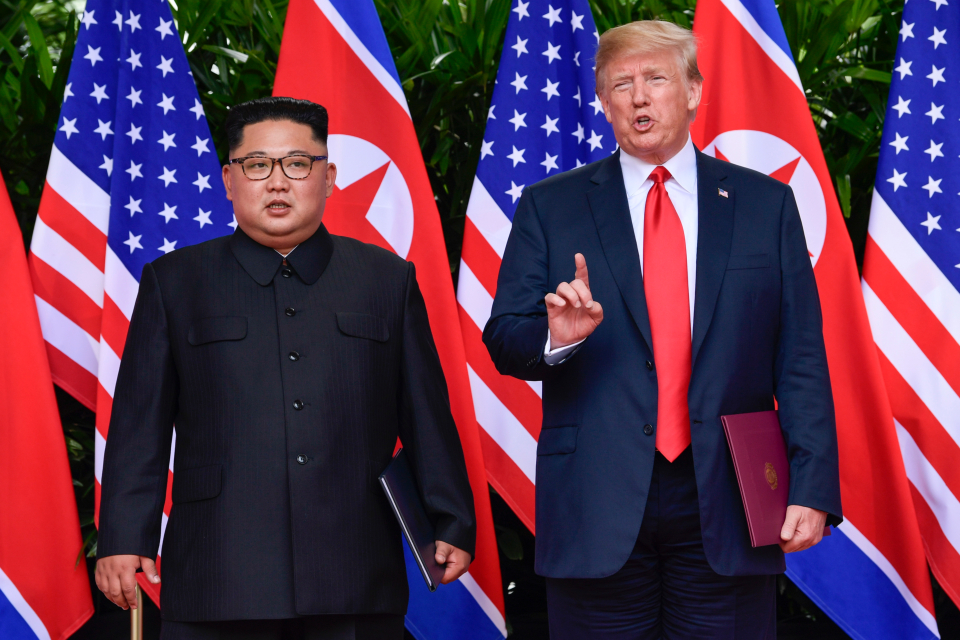 “Peace and prosperity,” “lasting and stable peace,” “peace regime,” “denuclearization,” “new US-DPRK relations”—these fine words and phrases dominate the joint statement of Donald Trump and Kim Jong-un. Yet it’s difficult to describe in a concrete way what they agreed to actually do. The joint statement stands as one of hope, nothing more, similar to the tone of the Pyongyang Declaration between Kim Jong-un and South Korea’s President Moon Jae-in. The Trump-Kim statement has nothing of substance to say about denuclearization, a Korean peninsula at peace, normalization of US-North Korea relations, economic or military incentives, verification of promises, and schedules for implementation.

Whatever substantive agreements were reached took place between Trump and Kim alone, without any top advisers. And here’s where the trouble begins: the contrary claims that are bound to emerge about who promised what. Already, North Korean state media are saying that Trump promised to ease sanctions, whereas Trump insisted that sanctions will continue. Trump said U.S. military exercises will be suspended, but surely many kinds of small-scale joint exercises with South Korea’s military will go on. And what about Kim’s promise of denuclearization? Does it apply to US nuclear-capable ships and planes in East Asia that comprise extended deterrence? Will “denuclearization” mean anything at all?

The joint statement is thus fair game for critics of Trump, myself included. Yet I have to acknowledge that for all the weaknesses not only of the statement but also of Trump’s entire approach to dealing with North Korea—the sanctions, the threats, the boasts, the ignoring of experts, the false claims about previous administrations’ policies, the insensitivity to South Korean and Japanese interests—in the end we are better off having had the summit than not. Surely no one wants a return to trading threats and insults, with use of a nuclear weapon a possibility.

Still, the summit was more photo-op than peace building project.

Some observers believe, with good reason, that Kim Jong-un outfoxed Trump—elevating North Korea’s international standing, obtaining a suspension of US military exercises, and gaining sanctions relief from China in exchange for a repetition of previous North Korean promises to denuclearize. Trump can respond that getting to denuclearization is a lengthy “process”—a word he used quite a bit recently, and certainly not one John Bolton likes. But the process should have preceded the summit, with diplomatic engagement paving the way to agreement on step-by-step de-escalation of tensions and time points for establishing diplomatic relations and reducing nuclear weapons in a verifiable way.

Now Trump must, and fairly soon, show that his “terrific relationship” with Kim is paying off, not just on the nuclear issue but also with regard to improved North-South Korea relations, North Korea’s missiles and cyber war capabilities, and repression of human-rights. Otherwise, his gamble will have failed and he will look like a fool for having tried. As he acknowledged after the summit, “I think he’s [Kim] going to do these things. I may be wrong. I mean, I may stand before you in six months and say, ‘Hey, I was wrong.’ I don’t know that I’ll ever admit that, but I’ll find some kind of an excuse.” Yes, he will.

Trump has already created yet another problem: his effusive praise of Kim Jong-un. Ignoring the North Korea gulag and the Stalinist character of Kim’s regime, Trump has actually said (twice) that Kim “loves his people,” assured us that Kim is “very honorable,” and expressed appreciation for the difficult job Kim has had maintaining order in his society. Such extraordinarily ignorant and politically explosive comments speak to Trump’s fascination with dictators and envy (previously expressed about Putin and Xi Jinping) for their iron-fisted rule. Too bad he can’t find equally laudable words for democratic leaders.

Thus, Donald Trump’s effort to create a diplomatic triumph that might divert attention from the Russia investigation may implode early. He has the monumental job of convincing Americans, including many in his party, that the Singapore summit solved the problem of North Korea’s nuclear weapons and took the measure of a dictator. His undeserved reputation as a deal maker is about to be sorely tested.