Remember (The Truth) About The Alamo 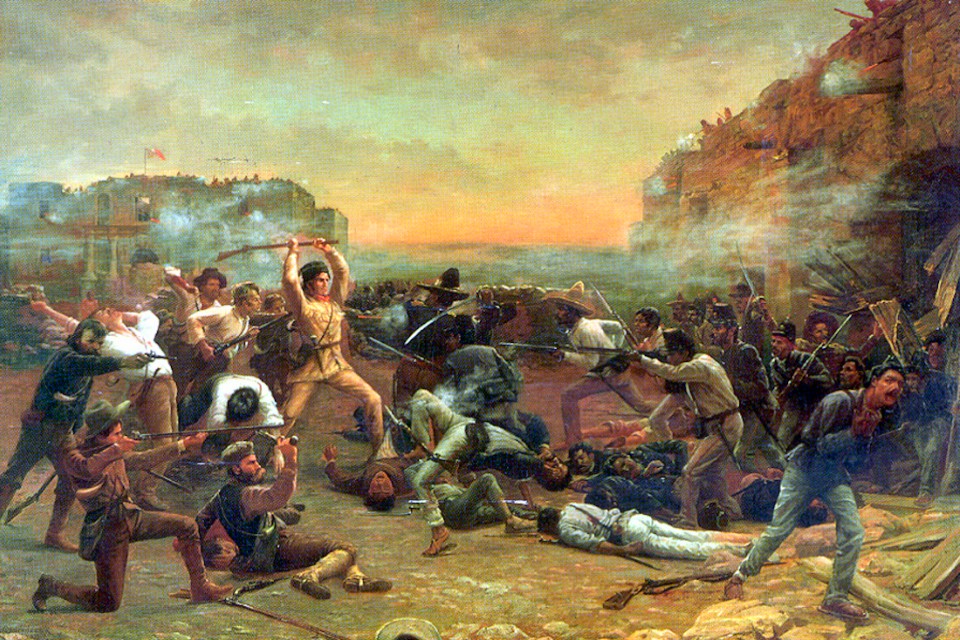 On a Saturday evening in February 1955, like a million other kids in America with their eyes glued to black-and-white televisions, I sat watching Walt Disney's version of the Battle of the Alamo.

What we saw was the popular actor Fess Parker portraying a heroic Davy Crockett on the ramparts of the famous old Spanish mission battling Mexican soldiers in the defense of freedom.

What I did not know at the time was that the history surrounding this battle, and the role of Americans in the early history of the Mexican republic, was being extremely distorted.

Walt Disney never told us that slavery was the reason for the battle and the ultimate creation of the Republic of Texas, which later became the state of Texas.

On September 16, 1829, the Afro-Mexican president of Mexico, Vicente Guerrero, signed a decree outlawing slavery in that nation at a time when the southern United States was deeply in thrall to slave labor.

While most of Mexico welcomed the emancipation decree, its northern region, known as "Texas," was largely populated with American Southerners who had moved West in search of more fertile land where their slaves could produce cotton.

To accommodate the "Texican" slaveholders, Texas was exempted from the decree for one year. But after the period of exemption ended in 1830, the Texicans refused to free their slaves and the Mexican government demanded that they comply with the law or face military intervention.

While military intervention did not occur for another six years, several violent conflicts broke out in the interim between Texicans and the Mexican government, some escalating to the use of arms.

Finally, in 1836 Gen. Antonio López de Santa Anna led an army north from Mexico City to put down what had grown to be a Texas insurrection and freeing slaves along the way.

Determined to resist Mexico’s intention to free their slaves, Davy Crockett and roughly 200 other Texicans gathered at the Alamo in San Antonio to block Santa Anna’s advancing army.  Santa Anna laid siege to the Alamo, and after 13 days, it fell.

While the "heroes" of the Alamo were under siege in San Antonio, Sam Houston and other Texicans were less than 200 miles away drafting a constitution for the hoped-for independent Republic of Texas. That constitution contained the following guarantees that chattel slavery would be protected in Texas:

"…[N]or shall Congress have power to emancipate slaves; nor shall any slave-holder be allowed to emancipate his or her slave or slaves, without the consent of Congress..."

"No free person of African descent, either in whole or in part, shall be permitted to reside permanently in the Republic, without the consent of Congress..."

Weeks after their defeat at the Alamo, the slaveholding Texicans got what they wanted when they defeated Gen. Santa Anna at the Battle of San Jacinto and forced him, as a prisoner, to sign the Treaty of Velasco.  That treaty recognized Texas as a republic, independent of Mexico, but it also stated in part:

The Mexican government refused to recognize the Treaty of Velasco and consequently did not return any slaves. But Texas continued as a slaveholding republic and later as one of the slaveholding states of the United States.

Twenty-five years after the Battle of the Alamo, Texas, along with 10 other slaveholding states, tried to revolt against the United States as it had with Mexico.

Today, whenever we hear cries of “Remember the Alamo,” we should ignore Disney's false image of Davy Crockett bravely wielding his musket as a club in defense of freedom while being swarmed by Santa Anna's troops.  Instead, we should remember that Crockett and those by his side were fighting in defense of slavery, not freedom.