Hundreds Rallied for Meek Mill, but What About the Rest? 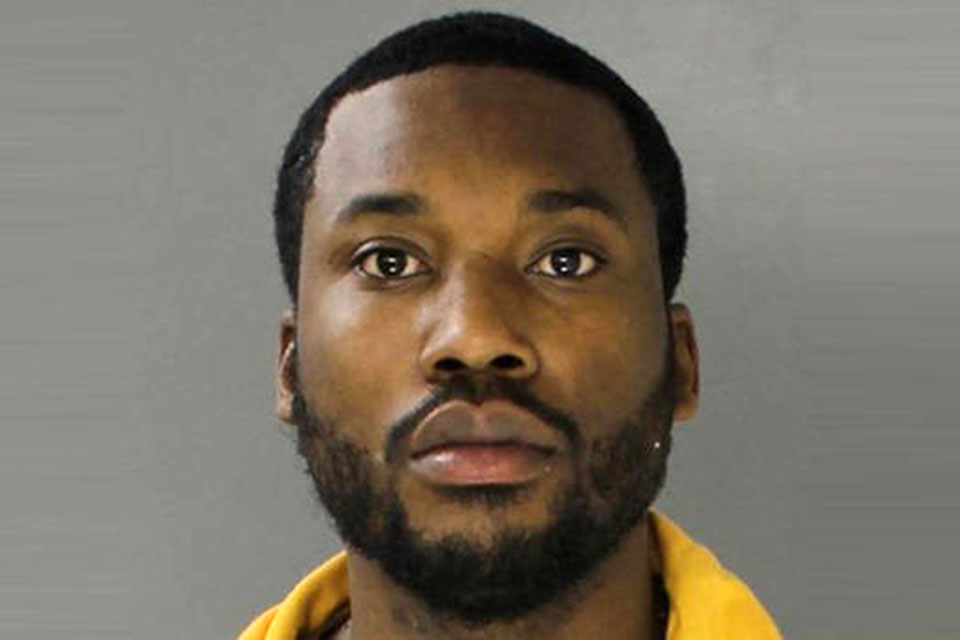 Recently, hundreds of fans and supporters held a rally outside a Philadelphia courthouse, chanting for Robert Rihmeek Williams a.k.a. Meek Mill, to be released. The rapper was sentenced to two to four years in prison for violating his parole, stemming from 10 year-old charges, including drug possession and carrying a firearm without a license. Several media outlets have reported that the presiding Judge Genece Brinkley is now under investigation by the FBI.

In the United States, there are more than 61, 000 people incarcerated for parole violations. So, to all of a sudden see thousands of people chanting and tweeting #FreeMeekMill is ironic to say the least. Mass incarceration is a part of the rudimentary diet of Black people, appearing on the menu alongside predatory lending and housing discrimination. It is difficult to find a Black person who has been exempted from interaction with the criminal justice system; either through the incarceration of family and friends, an overnight stay for traffic violations, or extended restrictions due to parole or probation agreements. I have a brother, cousin, and boyfriend incarcerated, right now. In Meek Mill’s case, I agree with the sentiment that the two- to four-year sentence is unwarranted, however, our sole concern should not be whether or not the subsequent consequence for the violation of these terms is fair; he agreed to them and has violated those terms several times. The issue is a system that does not carry out justice equally, a system where if Meek Mill were White, statistically he would less likely be arrested or incarcerated in the first place.

Now, I know we protest for unarmed civilians murdered at the hands of police. It’s easy to yell, “F--k the Police!” standing in a crowd of thousands of people, but where was that same outrage when Kalief Browder was held in Rikers Island for three years without a trial. He later committed suicide and Jay-Z produced a documentary about Browder’s tragic life. And what about the millions of Black men and women trapped in a system of injustice that don’t rap or rise to the attention of people like Jay-Z? Their stories go untold in the absence of media coverage, sometimes, because they don’t fit the narrative that establishes purity as a prerequisite for grace.

The support for Meek Mill in the Black community wasn’t unanimous; Blacks seem to have a much harder time forgiving these transgressions than their White counterparts.

In August, when an 8-year-old biracial  Black boy was hung by a rope in Claremont, New Hampshire by several older, White children, Claremont Police Chief Mark Chase said that the culprits should be protected. “Mistakes they make as a young child should not have to follow them for the rest of their life,” he stated in response to inquiries about the investigation.

In September, when 26-year-old Katie Layne Quackenbush of Tennessee was charged with attempted murder for exiting her vehicle and shooting 54-year old Gerald Melton, her attorney and father, Jesse Quackenbush claimed she and her friend were being harassed and threatened with sexist remarks. “She didn’t try and kill this guy, she had no intention of killing him. She didn’t know that she hit him,” he said immediately after her arrest.

Why can’t we, as Black people defend our family and friends with matching zeal? Why must we send our young men and women into the belly of the beast to “learn a lesson” we couldn’t teach them at home? Why have we accepted the disproportionate incarceration of Black Americans as the norm? Some still view incarceration as a subconscious right of passage to adulthood for Black youth in America?

Take a few minutes and think about the number of people that you know who are currently incarcerated, have been incarcerated or on probation. Now, did you march in the streets for them? Did you sign a petition for them? Will the FBI investigate the judges who sentenced them? Hell, did you offer to put money on their books? Did you accept a collect call? If so, probably not as much as you could have. Not as much as you should have. But, I bet you were at the “welcome home” party.

Anyway, I’m really happy for y’all. I’ma let y’all finish marching for Meek, but remember, according to a study by The Marshall Project, as of April 2017, an estimated 61,250 Americans are incarcerated for technical parole violations.. They deserve your support, too.