We Need a Values Revolution in America 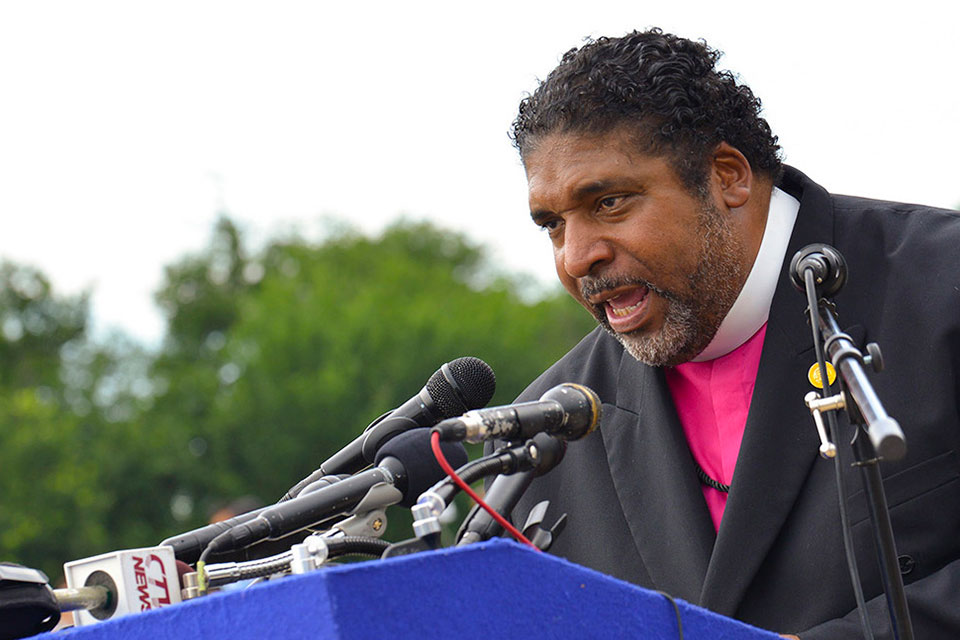 22 1-3 God’s orders: “Go to the royal palace and deliver this Message. Say, ‘Listen to what God says, O King of Judah, you who sit on David’s throne—you and your officials and all the people who go in and out of these palace gates. This is God’s Message: Attend to matters of justice. Set things right between people. Rescue victims from their exploiters. Don’t take advantage of the homeless, the orphans, the widows. Stop the murdering!

On Friday, October 13, Donald Trump went before the annual Values Voter Summit hosted by the Family Research Council and declared America "a country that never forgets that we are made, all of us, by the very same God in heaven." In the name of Jesus, Trump vowed to "stop cold the attacks on Judeo-Christian values," but the Values Voter Summit no more represents Jesus than did the church authorities that backed slavery.

Ironically, Trump invoked the name of Jesus in virtually the same breath that he announced his executive order to stop the federal government's cost sharing reduction payments, which subsidize healthcare for lower-income families under the Affordable Care Act. Throughout the Scriptures, virtually every story of Jesus admonishes us to see to the needs of the poor and vulnerable among us, but Trump vowed at the Values Voter Summit to defend those who use religion to discriminate.

The Christian nationalists Trump has emboldened do not follow the Jesus I know and preach. Their values are not Christ, but cash; not grace, but greed. As the Princeton historian Kevin Kruse has chronicled in his book, “One Nation Under God,” they are the heirs of preachers, who were purchased by the robber barons of the early 20th century to resist the New Deal and the Social Gospel. During the Civil Rights Movement, they spoke against Rabbi Abraham Heschel and Dr. Martin Luther King, Jr.

They serve only the interests of the wealthiest Americans and take every opportunity to deny any provision of care or encouragement to the poor.

They have elected far-right extremists in the country's legislatures, who have become paid puppets of a White supremacist corporate oligarchy. Elected with the support of wealthy despots, these men (and a few women) pass voter suppression laws that make them accountable to the voters. These peddlers of piety deliver huge tax cuts for the super-rich, permit corporations to spew poison into the environment, and fund a military budget so enormous and sacrosanct, that American citizens are no longer even welcome to know what that budget is. All of this in the name of the Prince of Peace.

Their poisonous mix of racism and religion hurts all of us, but the irony is that it hurts more poor, White people in raw numbers. The agenda they are pushing in Washington and in state houses will hurt Southern, so-called "red" states, the worst, but at the Values Voters Summit, lead organizer Tony Perkins put on duck hunting waders and pretended to “wade into the swamp” as a man of the people.

The Southern Poverty Law Center calls Perkin’s Family Research Council "a hate group." Perkins denies that Islam is a religion and regularly rails against gays and warns that LGBT citizens plan to round up the Christians in "boxcars." His vice president, William "Jerry" Boykin, Jr., claims that Islam is "pure evil" and should not be protected under the First Amendment. Boykin has threatened to physically attack anyone not using the bathroom that he thinks they should use.

We have to stop calling these leaders White Christians or evangelicals. Why should we listen when they p-r-a-y in public and p-r-e-y on the people? These attacks on healthcare will become devastating to the poor. Even a Republican governor said Trump's executive order will hurt the mentally ill, damage the poor and distress families.

Trump has brought about a devolution of values, not a revolution of values. They did not have a values conference in that D.C. ballroom; it was a vicious conference where they clapped and applauded a president, who would undermine healthcare for the poorest and most needy people in our country and then attempt to claim that somehow he has rescued Judeo-Christian values. Nothing could be further from the truth, and nothing could be more of a sign that this president and those who go along with him suffer from a values and moral bankruptcy.

Now, more than ever, we see the truth of what Dr. King said: we need a "moral revolution of values." I have been crossing this country for the past eight weeks with Rev Dr. Liz Theoharis, meeting in churches and synagogues and community colleges with thousands of people, who know we need a values revolution in America. We are building a Poor People's Campaign and Moral Revival to not only reclaim our time, but also to reclaim our values, which been hijacked by extremists.

Corporate sponsorship has bloated the public image of extremism, but there are far more people of faith and conscience, who want to revive the heart and soul of our democracy. We are inviting that moral majority to speak out and stand up for a #ValuesRevolution.