SEIU’s President: No Place for White Supremacists in the White House 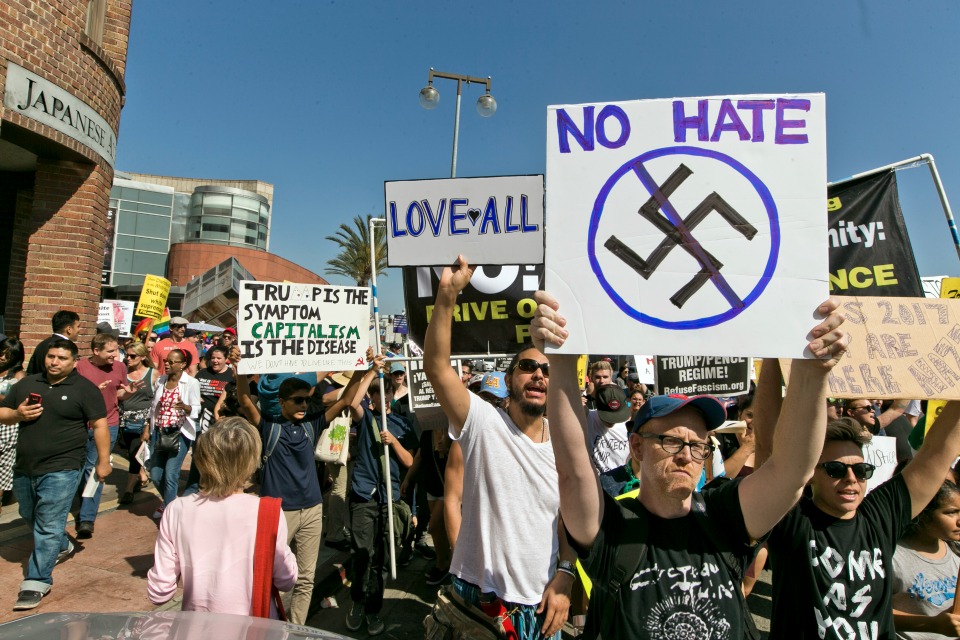 “President Trump’s remarks yesterday were reprehensible. He doubled down on blaming ‘both sides’ for the hatred, bigotry and violence in Charlottesville instead of standing up to the white supremacists and their racist, anti-immigrant, anti-Semitic and anti-LGBTQ views, and standing up for the Americans they attacked in Charlottesville and throughout history.

“SEIU supports the calls for President Trump to remove white supremacists from the White House, including Senior Advisor to the President Steve Bannon. Bannon’s history of support for the alt-right’s racist, anti-Semitic, anti-Muslim, anti-immigrant agenda through the media is well known.

"Those who hold extremist views on the issues of race, religion and sexual identity should not work in the White House and hold influence over the policies and decisions that impact the lives of the people they hate.

“President Trump’s connection to the alt-right must end, and Bannon is not alone. The president should also remove Sebastian Gorka and Stephen Miller from their positions based on their ties to alt-right extremism, and anyone else who holds these beliefs.

“Firing Steve Bannon and other white supremacists is not the answer to the systemic racism imbedded in our nation, but it’s a step forward to ensure that they can’t impact our national agenda.

"Working people don’t just need President Trump to call out white supremacy and remove white supremacists from his administration, we need him to enact policies that address the communities that have been impacted by this country’s history of racism and support initiatives that positively impact our most vulnerable communities.

"He must stop the attacks on the right to vote and his so-called voter fraud initiative, support the Dreamers who rely on DACA, and extend Temporary Protected Status for more than 300,000 immigrants who face violence and reprisals if they are deported.”

The Service Employees International Union (SEIU) unites 2 million diverse members in the United States, Canada and Puerto Rico. SEIU members working in the healthcare industry, in the public sector and in property services believe in the power of joining together on the job to win higher wages and benefits and to create better communities while fighting for a more just society and an economy that works for all of us, not just corporations and the wealthy.