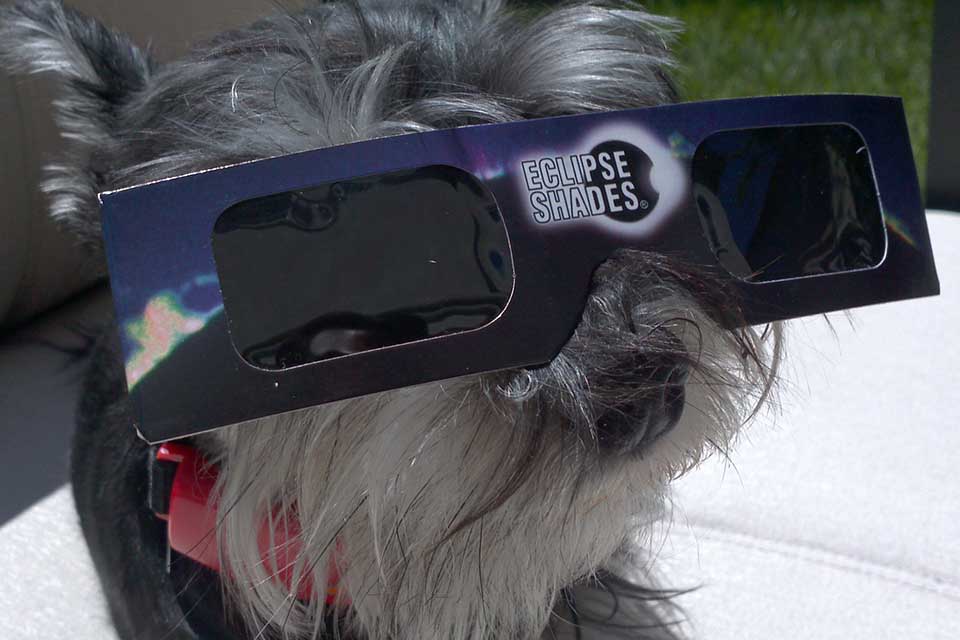 In less than 30 days – Aug. 21 to be exact -- many of you will witness a once in a lifetime opportunity: the total solar eclipse. The last solar eclipse visible in Oregon occurred in 1979, and the next is expected to occur in 2169.

According to NASA, a solar eclipse occurs when the moon lines up directly between the sun and the earth. This eclipse of the sun causes the moon to cast a shadow onto the earth. The Greek root of the word eclipse is “ekleipsis,” meaning “failing to appear.” To explain the sun’s disappearance, many cultures have passed stories of this cosmic wonder from generation to generation. My focus for this month is on eclipse mythology that portrays animals at the heart of the story.

Since the beginning of time, animals have played an integral part in our lives. They have woven themselves into stories, both real and mythical, as gods, demons, friends, heroes and guides. Many ancient people described the solar eclipse through animals. Korean eclipse mythology spoke of Fire Dogs tasked with stealing the sun or moon for an unhappy king. They never succeeded, but as they bit down on the glorious orbs, an eclipse occurred.

Swallowing of the sun by demons or gods in the form of various animals was also popular in eclipse mythology. Egyptian mythology speaks of Apep, an ancient spirit of evil and destruction, who appears in the form of a giant serpent inhabiting the Nile River. Apep attempted time and time again to attack the sun god Ra, who traveled by boat during the day. Occasionally Apep was successful in swallowing the boat and Ra, leading to a solar eclipse.

Vietnamese mythology told of an evil spirit in the form of a toad that swallowed the sun, while the Vikings spoke of a Sky Wolf named Skoll capturing the sun for a golden meal. The indigenous people of Siberia told of a giant bear, Mayan artifacts depict what is believed to be a giant serpent, and Hungarian eclipse mythology points to a giant bird that devoured the sun.

The eclipse is projected to begin at 9:06 a. m, PST, with the total eclipse visible at 10:16 a. m. PST. This striking natural wonder will last less than two minutes, so you definitely don’t want to miss it. If you plan on holding your fur babies up to the sun and recreating the Lion King birth scene, make sure you purchase specialized solar eclipse glasses for them as well as yourself. Protecting their eyes and yours should be of the utmost importance. To experience the universe working right before your eyes will be an astonishing sight.

Personally, I can’t think of a better way to spend that special day than with your pet. Happy Solar Eclipsing!

Email your pet questions to Dr. Jasmine at [email protected].