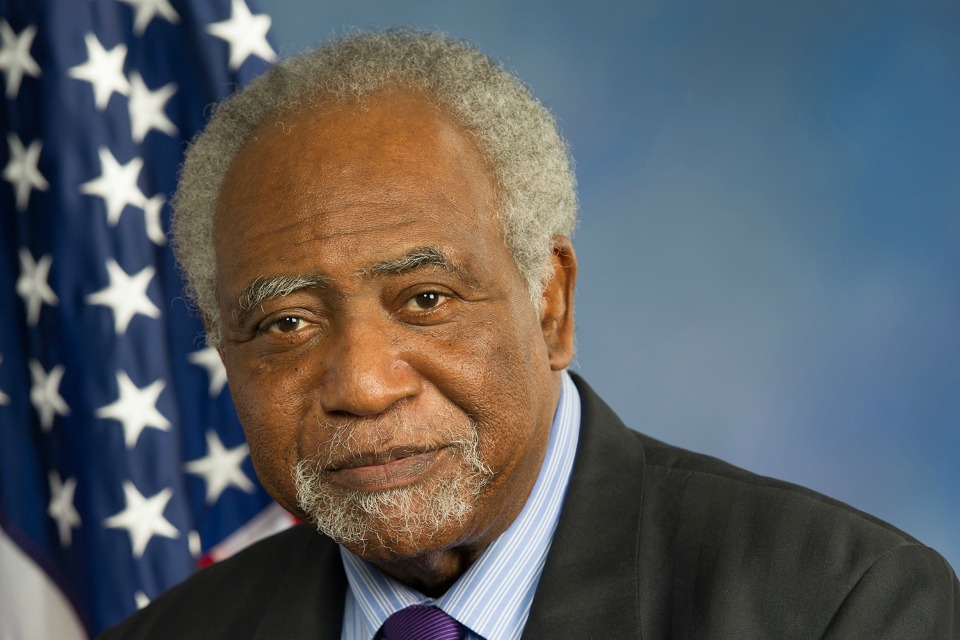 Austin, Ill., the community where I live, in the heart of the congressional district I represent, includes the zip code with the largest number of releases from the Illinois Department of Corrections; 90 percent of the individuals released are African American males.

When these (mostly) young men are released from prison, they find all of the social and economic barriers they faced before incarceration, plus additional barriers to jobs, housing, education, and almost every aspect of daily life. One in every 40 adults is unable to vote because of a current or prior felony conviction. For African Americans, the rate is one in 13.

Over the past 50 years, our penal system has become an increasingly urgent issue that has reached crisis proportions, especially in the African American community. There were about 338,000 individuals in prison in 1970. Today, that number is over 2,000,000. That number has grown every decade over the last half century without regard for the falling crime rate. The Federal Bureau of Prisons appropriations increased more than $7.1 billion from FY1980 ($330 million) to FY2016 ($7.479 billion)

Every year in the United States, 641,000 people walk out of prison gates, and, every year, people will go to jail over 11 million times. This is called jail churn. It happens, because most of the people who are jailed have not been convicted.  Some will make bail within a short time; some are too poor and will stay in jail until their trial. Some will be convicted of misdemeanors and will receive sentences of under a year.

African Americans are incarcerated at nearly six times the rate of Whites and while they make up 13 percent of the U.S. population, they are 40 percent of the prison population. In some states that rate was 10 times or more. Research from numerous scholars and organizations has been instrumental in developing a growing bipartisan consensus on the forces driving this great disparity and the additional costs this disparity places on the African American community and society in general.

A recent report by The Sentencing Project notes:

Proposed explanations for disparities range from variations in offending based on race to biased decision-making in the criminal justice system, and also include a range of individual level factors such as poverty, education outcomes, unemployment history, and criminal history.

During my years in the Congress, I have fought to reduce disparities in our criminal justice system. I believe my “Second Chance Act” and other initiatives, coupled with the fiscal realities that these disparities have imposed on the states and federal government, have helped to create a space for bipartisan debate and consensus about how best to reduce these disparities.

I believe that debate and consensus laid the groundwork for some gains we saw during the Obama presidency.  The Sentencing Project notes:

While states and the federal government have modestly reduced their prison populations in recent years, incarceration trends continue to vary significantly across jurisdictions. Overall, the number of people held in state and federal prisons has declined by 4.9% since reaching its peak in 2009. Sixteen states have achieved double-digit rates of decline and the federal system has downsized at almost twice the national rate.  Twelve states have continued to expand their prison populations even though most have shared in the nationwide crime drop.  States with the most substantial prison population reductions have often outpaced the nationwide crime drop.

These incremental steps toward equal justice are now being reversed by our new administration. As reported by The AtlanticThe Atlantic:

Democratic and Republican officials alike took up the banner of criminal-justice reform over the past five years, hoping to reduce the nation's unprecedented prison population and scale back the harshest punishments of the tough-on-crime era. Now Attorney General Jeff Sessions has taken a major step toward rolling back their efforts…

Friday's policy change effectively rescinds Obama-era guidelines for federal prosecutors that were designed to curtail the harshest sentences for defendants charged with low-level drug offenses. The previous memo, first promulgated by then-Attorney General Eric Holder in 2013, reserved the most severe options in the federal sentencing guidelines for "serious, high-level, or violent drug traffickers" instead of defendants charged with lower-level offenses.

Given the significant achievements during the Obama Presidency, the Sessions guidelines for federal prosecutors can only be viewed as a rejection of notions of equal justice in America and a direct attack on the African American community and other communities of color. The “lock ‘em up and throw away the key” philosophy of responding to crime has never worked and never will. It plays on fear, misinformation and racial bias.

As Holder wrote in response to the Sessions memo:

The policy announced today is not tough on crime. It is dumb on crime. It is an ideologically motivated, cookie-cutter approach that has only been proven to generate unfairly long sentences that are often applied indiscriminately and do little to achieve long-term public safety.

Prevention, treatment and rehabilitation are just as important, perhaps more important, than incarceration. Men, women and young people who are imprisoned have to live in our communities after they are released. We know that increasing public safety is a primary concern of our communities all over the country. We also know that public safety is a difficult goal to obtain because of the barriers that individuals released from prison encounter every day.  I reject Sessions’ attempt to turn back the clock on equal justice and the philosophy underlying his actions and will do everything in my power to reverse it. I believe the vast majority of the American people will clearly and firmly reject it as well.

As it currently stands, many of the individuals who are labeled ex-felons, ex-offenders, returning citizens, or with some other name will spend a lifetime in misery, poverty and with little hope. We can change that and we must.

Representative Danny K. Davis was elected to Congress in 1996, and serves on the Committee on Ways and Means. In addition to the Congressional Black Caucus, he’s a member of the Urban Caucus and the Community Health Center Caucus. Follow him on Twitter at @RepDannyDavis.