CBC Opposes Nomination of Judge Gorsuch and the Senate Should Too 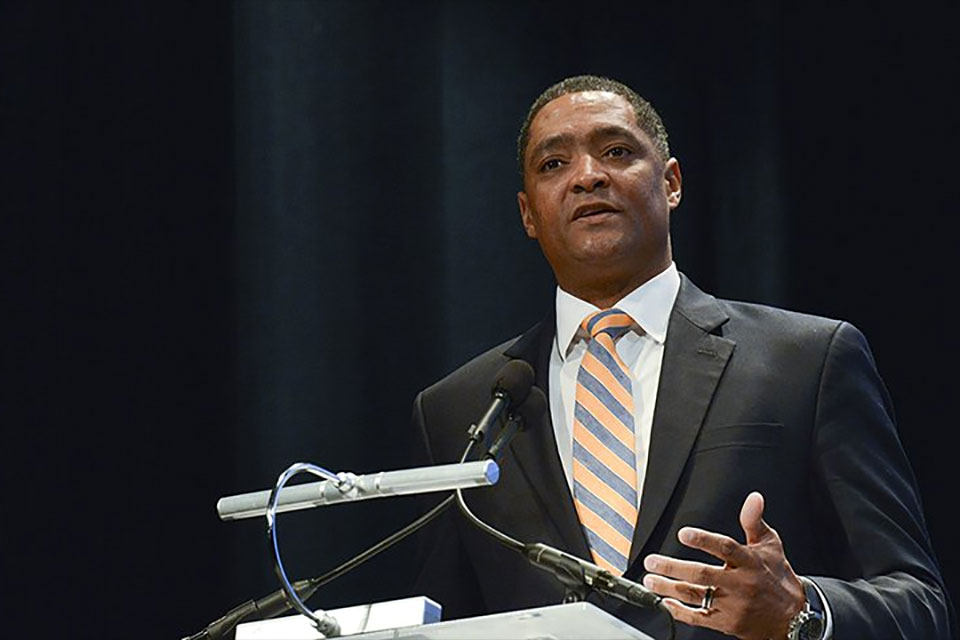 On January 31, President Trump nominated Judge Neil Gorsuch for Associate Justice of the Supreme Court. If confirmed, Gorsuch’s lifelong appointment to the court would have serious consequences for all Americans, but especially African Americans and vulnerable communities. Judge Gorsuch has displayed hostility to the rights of minorities, women, people with disabilities, and workers, which is why the Congressional Black Caucus submitted testimony recently opposing his nomination. His judicial record on race and related matters and constitutional and equal rights litigation does not merit our support or the support of the Senate.

All interpreters of the law should be committed to fairness and justice, not a specific legal philosophy of judicial interpretation. Judge Gorsuch’s commitment to “originalism,” or, interpreting the Constitution in a way that’s consistent with the intent of those who wrote it, often results in him ruling in favor of the big guy instead of the little guy, the strong instead of the weak, and the majority instead of minorities. From 2007 to 2016, Judge Gorsuch issued 14 published judgments related to employee discrimination cases. Nine of those decisions were in favor of the employer. We need a Supreme Court justice who will judge cases on the merits, not based on his or her personal philosophies.

For example, Judge Gorsuch believes that police officers should be granted qualified immunity, which prevents law enforcement and other government officials from being held accountable for the excessive use of force. In the case of Wilson v. City of Lafayette, Gorsuch decided that a police officer was entitled to qualified immunity from an excessive force claim arising from the use of a stun gun that ultimately killed a young man. In three other cases involving police accountability, Gorsuch ruled in favor of police searches of vehicles without a warrant, minimizing the Fourth Amendment protections against unauthorized search and seizure.

Judge Gorsuch’s ruling in police accountability cases are particularly troubling given the increasing number of shooting deaths of so many unarmed African Americans by the police, and recent Department of Justice investigations that have found that police departments across the country have had a “pattern and practice” of racial discrimination.

In addition to his poor judicial record on police accountability, Judge Gorsuch has a poor judicial record on workers’ rights. His record is one of supporting employers over employees, even in the case of employees with disabilities. In Hwang v. Kansas State University, Judge Gorsuch ruled that “showing up” for work is an essential job function and that the Rehabilitation Act should not be used as a safety net for employees who cannot work. This case focused on a professor employed by Kansas State University who was diagnosed with cancer, and, after treatments that weakened her immune system, requested an extension due to a flu outbreak on the campus. Judge Gorsuch denied her request and sided with the university, compromising her health and recovery.

He has a similar record when it comes to reproductive rights. In two cases, he sided with companies that wanted to deny women reproductive healthcare.

The judicial branch has the power to interpret the laws of the land, and thus, impacts every American’s way of life. This is especially true for the highest court in the land. Because of the decisions rendered by the Supreme Court, African-Americans have been granted the opportunity to attend the school of their choice, women have been granted reproductive health rights, and workers have been granted safety and security from exploitative labor practices. Judge Gorsuch’s record in each of these areas raises concerns. His commitment to “originalism” also raises concerns. The Constitution is a living and breathing document that is meant to evolve with our society and it should be interpreted as such.

As the Senate evaluates Judge Gorsuch’s judicial record, it is imperative that Senators focus on consistency. Judge Gorsuch has consistently used the bench to protect corporations, and limit the rights of minorities, women, and workers. Consequently, the Congressional Black Caucus opposes his nomination and urges the Senate to do the same.