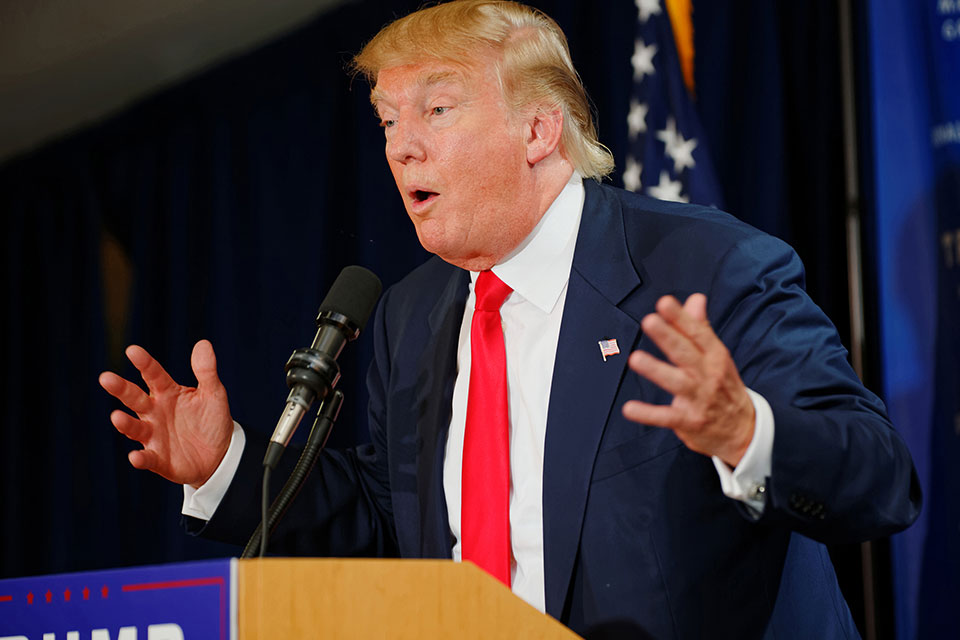 There are two subjects in particular that the Trump Administration lies about the most: crime and voting.

During a recent interview on “This Week” with George Stephanopoulos, President Trump's senior advisor Stephen Miller lied about voter fraud during the 2016 elections.

Miller said that, "And you have 14 percent of noncitizens, according to academic research, at a minimum, are registered to vote, which is an astonishing statistic.”

That statement is simply false. Miller couldn’t produce a single shred of evidence when Stephanopoulos pressed him on the subject.

But Miller was just repeating what his boss said shortly before the election.

At a rally in Cleveland, Ohio on Oct. 23, 2016, presidential candidate Donald Trump said that, "14 percent of noncitizens are registered to vote."

President Trump entered office lying about voter fraud and threatening an investigation. Civil rights leaders have called for an investigation of voter suppression during the 2016 presidential election. More recently, the lying crossed over into the topic of an increased "crime wave" that doesn't exist. Now, the lies about a vast American crime wave and record-levels of illegal voting seem to be coming together.

On Jan. 23, during a meeting with members of Congress and the White House, President Trump lied about voting again. Trump and his 31 year-old aide Stephen Miller, who was sent out on all the Sunday morning talk shows on Feb. 12, appear to be lying for two reasons. First, Trump can't come to terms with the fact that Hillary Clinton received almost three million more votes than he did, and second, the Trump Administration would appear to be laying the groundwork to justify a new law that would make it harder for people to vote, particularly minorities.

Trump's Attorney General, former Alabama Senator Jeff Sessions had a history of prosecuting African Americans, who were registering too many other African Americans to vote as an Assistant U.S. Attorney. Having provided no explanation or apology for his past prosecutions, particularly that of the late Albert Turner Sr., there's no reason to believe that Sessions won't pick up where he left off in Alabama in the 1970s.

Even though, Sessions’ past statements and actions as a prosecutor in Alabama are clear, the public perception of Sessions the man is mixed.

Turner’s son, Albert Turner, Jr., issued a statement endorsing Sessions that said, “I believe that he is someone with whom I, and others in the civil rights community can work if given the opportunity.”

Still, American history of the disenfranchisement of African American (and other minority) voters is also clear. In the late 1800s, it was a poll tax, literacy tests and other requirements that Black voters were unlikely to meet. Today it's voter ID, closing polling places, cutting Sunday voting and purging voting rolls.

"The crackdown on illegal criminals is merely the keeping of my campaign promise. Gang members, drug dealers & others are being removed!" Trump tweeted on February 12.

Many immigrant rights advocates knew the raids were not routine before anyone communicated anything.

“The President is lying when he says deporting immigrants is about fighting crime,” wrote Rep. Luis Gutierrez on February 10. "The President wants to show off and it appears he has unleashed the Department of Homeland Security to kick-out large numbers of immigrants and anyone they encounter, without much oversight, review or due process.

Gutierrez, who represents parts of Chicago, continued: “There is very little official information on what appears to be a new Trump deportation initiative. Homeland Security is deporting moms…under the smoke screen of criminal or anti-terror actions.”

Republicans have lost the popular vote over two presidential elections since 2000. The demographics in the country are becoming more Black and Brown and researchers estimate that the share of White voters will fall a few percentage points every four years.

Trump, Stephen Miller and many others in the Republican Party are well aware of the math.

Lauren Victoria Burke is a political analyst who speaks on politics and African American leadership. She is also a frequent contributor to the NNPA Newswire and BlackPressUSA.com. Connect with Lauren by email at LBurke007@gmail.com and on Twitter at @LVBurke.