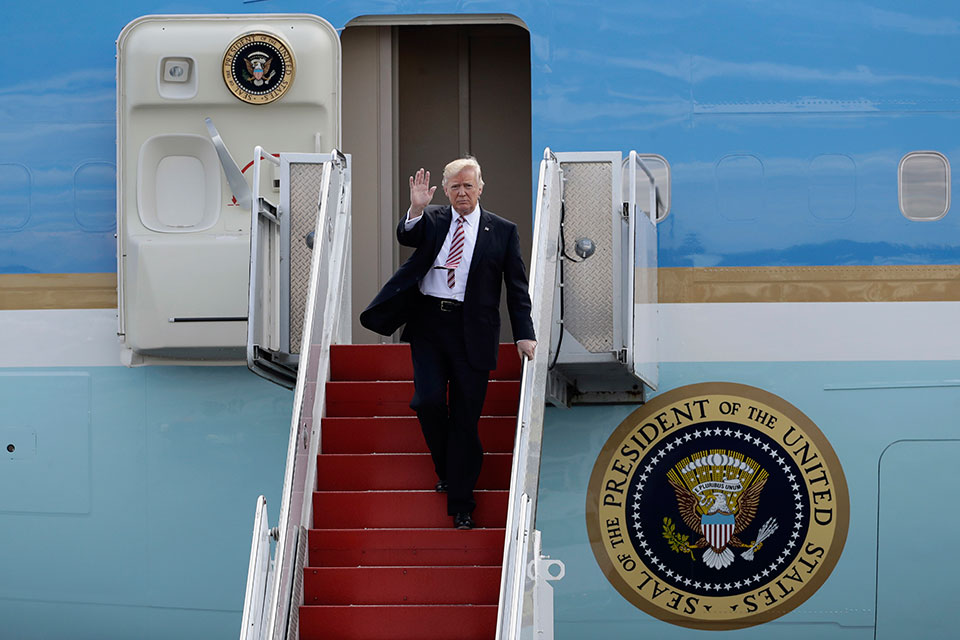 Congratulations on your becoming the 45th President of the United States. You have vanquished all competition for this office and that was no small feat.

Barack Obama, his administration and your presidential opponents are now in the past with their legacy yet to be determined by history while yours is yet to be to be initiated.

No criticism nor personal bashing of your past opponents will enhance your performance as POTUS.

Barack Obama has established his presidential legacy and you should work on establishing yours. You will be measured after your tenure as to what you do rather than what you say.

When Barack Obama took the oath of office, the United States was on the brink of a great depression. On the night of his inauguration fifteen members of your party met in the Caucus room restaurant here in the nation's capitol and pledged to thwart his every proposal or initiative to insure he was a one-term president. However in spite of these viscous roadblocks and attacks on his political acumen, he managed to accomplish many things. Winning a second term in office spoke well of his governing prowess. The myriad of legislative accomplishments by Barack Obama in the face of constant and viscous opposition is nothing short of a miracle.

Your negative and offensive campaign rhetoric should be put aside and you should move on to govern all US citizens evenhandedly under the law. You are in charge now and the people of the world will be directly affected by your words and actions. The American voters who put you in office represent a fraction of the world's population who will be looking to you for leadership and will be affected by your presidency.

Some indisputable facts about your campaign and subsequent election.

When you consider national security and US Armed Forces, you're not only talking about Americans of European descent, its about all American citizens, this reservoir of human warriors from every corner of the earth. America is home for all of us.

Your campaign rhetoric was like none other in US political history. Your campaign slogan was to make America “Great Again.”

I am an 82-year-old black man who has never seen America greater than it is today. “Great Again” depends on what “great” period you're returning to. I'm not sure I would like to see any period in my political or civic life recreated. “Again” implies returning to some past state.

You are now the president for all Americans and the leader of the free world. Listen to your critics, consider their concerns, put your personal pride and ego aside, face reality, learn from the mistakes of the past and make America better for all its citizens.