Enough Is Enough: A Call for the Economic Boycott of North Carolina 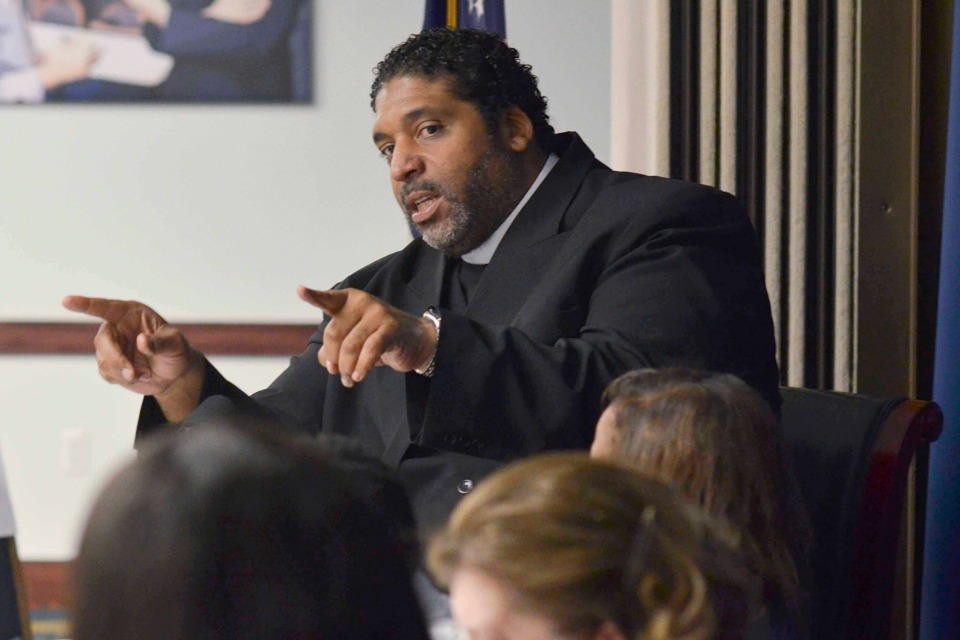 In recent years, since extremists took over the GOP in North Carolina, my home state has gained a worldwide reputation for intolerance and bigoted narrow-mindedness. Controlling all three branches of state government since 2012, they have remade the Old North State in an image that would be unrecognizable to Abraham Lincoln or to the Republicans and Democrats who stood together in America to resist the Dixiecrats and pass the Civil Rights Act and the Voting Rights Act.

A broad moral coalition of North Carolinians representing many colors, creeds, political affiliations have fought back hard against this extremism, and we have won—both in federal court and in the most recent election, when extremists lost control of the executive and judicial branches. But the extremist leadership in the General Assembly, who face a special court ordered election next year, have upended the democratic process and engaged in nothing short of a modern-day political and policy coup d’état.

GOP legislators have not only conspired to suppress the will of the voters, but also to seize power from a newly-elected Democratic governor in a special Christmas session. They have stripped power from the state Supreme Court, to which a second African American was just elected. They have consistently passed laws that harm the poor and working people of the state. And they have done all of this despite the federal and state courts ruling their actions unconstitutional on 13 separate occasions. This unprecedented scheme to enact major changes in the structure and functioning of government without the consent of the people or the authority of the Constitution should alarm the entire nation.

If such a blatant abuse of power goes unchallenged by people of good will, these legislators will do more than wipe away the rights of millions of North Carolinians; they will spread the virus of injustice throughout the body politic of the entire nation. Their actions will signal to other would-be tyrants that they can get away with non-democratic power grabs with impunity. The results could set civil, social, and economic rights back more than 50 years.

In light of all the wrongs perpetrated by a radically regressive legislature that violate our Constitution, our civil rights commitments and our moral values, we as the North Carolina chapter of the NAACP will meet and complete a formal proposal endorsed by the state executive committee to put before the national board that asks approval of and calls for an economic boycott of the state.

We observe that such entities as the National Basketball Association, the National Collegiate Athletic Association, and the Atlantic Coast Conference have already chosen to boycott the state in response to the law known as HB2, which in part discriminates against the LGBTQ community. This law also discriminates against workers in need of higher wages and those in need of access to state courts for employment discrimination cases. Now in a session called under the guise of helping flood and hurricane victims many other injustices have been added to that outrage and pushed forward in the final weeks of 2016 which demands that we respond with every nonviolent tactic available to us.

We will ask that companies, government officials, and individuals of conscience throughout the country stand together and refuse to do business with the Tar Heel state until the bigotry and inequality pursued by an extreme group of Republican legislators and an outgoing governor are ended and the rights of the people are restored.

We will call for this boycott to be effective until such time as the North Carolina General Assembly:

1. Restores the people’s full and immediate access to the State Supreme Court, recognizing that the legislature may not choose, on a partisan or race basis, what cases the court shall hear;

2. Repeals the hijacking of the State Board of Elections that seeks to guarantee Republican control despite the loss of the governor’s seat;

3. Passes fair redistricting laws that end gross gerrymandering and gives the people of the state a fair chance to elect legislators of their own choosing and;

4. Repeals the law known as HB2 and all of its provisions, including those that discriminate against the LGBTQ community, those against raising the minimum wage, those in favor of limiting the timeframe to take employment discrimination cases before the state’s courts, and those that undermine the ability of local municipalities to write progressive anti-discrimination laws that serve the best interest of citizens.

We face a situation in which one party won roughly half of the votes, but has usurped one hundred percent of the power. Indeed, according to analysis by the Electoral Integrity Project (EIP) at Harvard University, the University of North Carolina at Chapel Hill, and Aarhus University in Denmark, the state of North Carolina should now be classified alongside pseudo-democracies like Sierra Leone. As study co-author Andrew Reynolds concluded in a recent article, North Carolina is “no longer considered to be a fully functioning democracy.”

The affronts illuminated by the EIP report resonate with a ruling by the U.S. Circuit Court of Appeals for the 4th Circuit that the actions of North Carolina’s legislative extremists to keep voters away from the polls “targeted African Americans with almost surgical precision.” The all-white Republican caucus has abused power with its secret efforts and has effectively disenfranchised millions, including African Americans, poor and working people, soldiers in our armed forces, and citizens from every corner of the state whose faith in our democratic institutions are at a breaking point.

The North Carolina NAACP therefore concludes that the efforts on the part of the legislature and GOP leadership to undermine the very foundation of government cannot be tolerated. We note that economic boycotts were successfully deployed in the civil rights movement of the 1960s, and that the United States engages in economic sanctions when countries around the world engage in undemocratic actions. The NAACP boycotted South Carolina over its refusal to retire the Confederate flag surely we must challenge North Carolina’s GOP attempts to raise a new policy Confederacy in North Carolina.  An economic boycott will send a message to all people that governments which violate the rights of their citizens must pay a high price for their abuses.