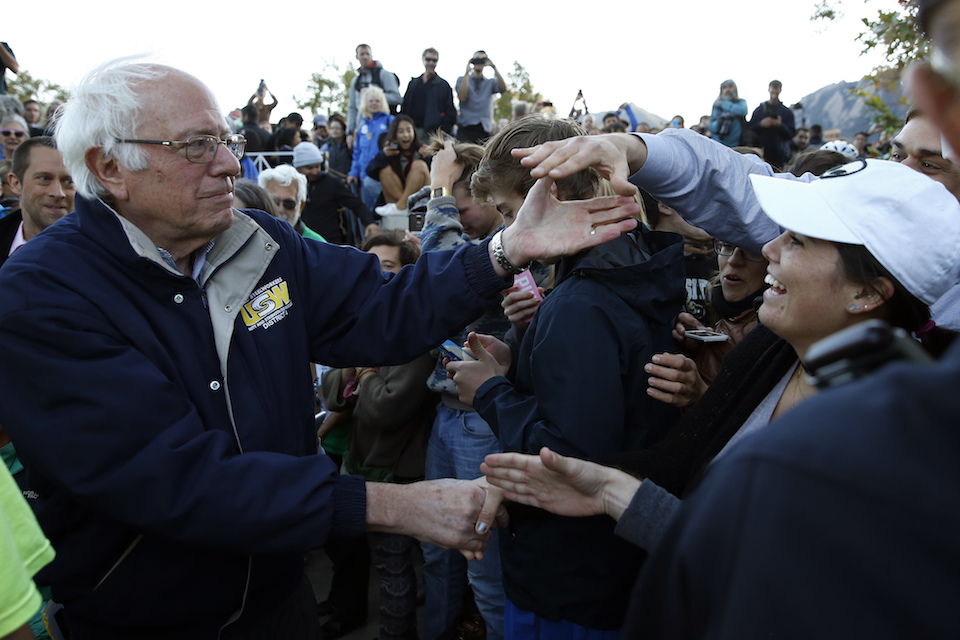 For some disenchanted voters the emergence of Bernie Sanders as a 2016 presidential candidate was a dream come true.

What if a new coalition of America's young voters, people of color and traditional progressives could upend the status quo and transform US politics? What if their candidate could defy the power of Wall Street and the political elites and rise to power in a voters' revolt?

It wasn’t to be. The primary elections—hard fought as they were—ended with Democratic voters choosing Hillary Clinton as their candidate.

The dream was dead.

But not so fast. A recently formed group called Op Deny 270 is now calling on voters to write in Bernie Sanders instead of voting for any of the candidates on the ballot. 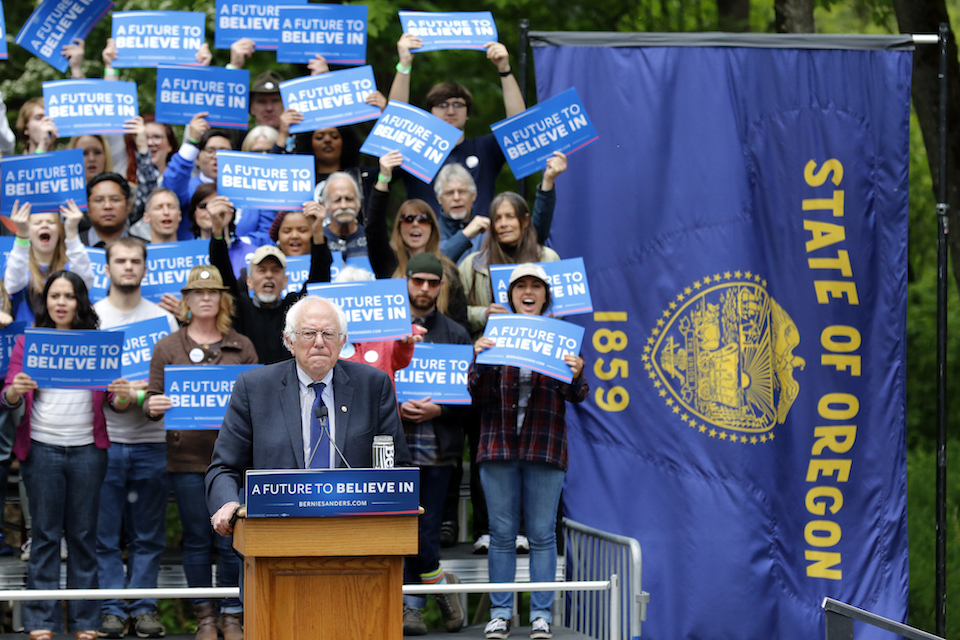 PHOTO: Democratic presidential candidate Sen. Bernie Sanders, I-Vt., pauses while audience members cheer during a rally in Springfield, Ore. April 28, 2016. Sanders has weighed in on Oregon's contentious Ballot Measure 97, saying in a statement Wednesday, Oct. 19, 2016, that "at a time of massive income and wealth inequality, it is time for large profitable corporations to start paying their fair share of taxes. That is why I am supporting Oregon 97." (AP Photo/Ryan Kang, File)

Here’s what Op Deny 270 says in a letter they sent to The Skanner News:

“There are 10 states in which no prior registration is required for write-ins to be counted for Bernie Sanders. These states are Vermont, Oregon, Washington, Iowa, New Hampshire, Rhode Island, Pennsylvania, Wyoming, Alabama, New Jersey.

“California electors have registered and write-ins may count in that state as well, pending confirmation from the Secretary of State.

“Our plan is for Bernie Sanders to win at least 4-6 states through write-in votes. There are enough Bernie supporters and independents for Bernie to win.

“If Bernie Sanders wins several states, he can prevent both Clinton and Trump from getting 270 electoral votes. Trump is doing badly, and will not even be close. We would only be taking states from Hillary’s side, and not endangering a Trump win, due to his plummeting poll numbers.

“We would like people to be aware this is an option this election. To get Bernie Sanders as president it is worth a try. People say he is not running, which is true. His obligation to the Democratic party ends on election day.

“If the people decide to write him in, and force a House vote, then it’s the Constitution, and part of American law. Bernie has every right to follow the Constitution, that the House and Senate are compelled to uphold. We believe this can work, and that people need to be aware, they have other choices, besides Trump and Clinton.”

Joel Colombero, a spokesperson for the group has appeared on Canadian television to talk about the strategy. You can view the interview here.

Bernie Sanders himself is currently campaigning for Hillary Clinton.