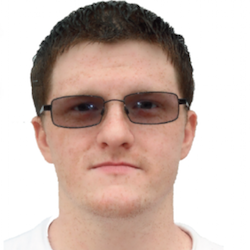 The United States has the largest reported inmate population in the world, with more than 2 million men and women serving time in state and federal prisons and in local jails. Millions more are on probation or parole.

And yet few organizations advocate on their behalf. And fewer still actually work with those in the corrections system to give them a say in the issues that affect them.

“Perhaps advocating for people who are behind bars doesn’t always seem like a worthy cause, but if we could solve many of our criminal-justice issues there might be fewer repeat offenders, leading to lower costs and a savings for taxpayers,” says Christopher Zoukis, a prison-reform and inmate-education advocate who is serving time at Federal Correctional Institution Petersburg Medium in Virginia.

Zoukis, though, says he has been especially impressed by one group: Prisology, a nonprofit that stepped into the role of inmate advocate in 2013 and quickly started getting inmates’ attention.

It has worked to lower the cost of prison phone calls and on policies designed to reduce recidivism.

But perhaps the group’s greatest accomplishment is that it includes prisoners in its advocacy, says Zoukis, who has written two books on prison education and has been a contributing writer for The Huffington Post, the New York Daily News and Prison Legal News.

“Writing about prisons and prisoners is easy; listening to prisoners is hard and time-consuming,” Zoukis says. “Prisology and the staff at Jeremy Gordon’s law office have done a remarkable job of interacting with those of us in prison and making us feel our voices are heard.”

It’s the rare attorney who manages to get and keep the attention of inmates, Zoukis says.

“Many prisoners have nothing but bad things to say about their attorneys,” he says. “But hardly a day passes when a fellow prisoner doesn’t approach me with an email from Prisology in hand, asking me about what Gordon and Brandon Sample are discussing.”

Sample, a former federal prisoner himself and a recent graduate of Vermont Law School, founded Prisology after witnessing firsthand the flaws in the criminal justice system. With this unique perspective, his goal is to bring new ideas and a positive vision to fixing the system for the benefit of taxpayers, prisoners, ex-offenders and their families.

The group helps supporters focus their efforts on practical, cost-saving reforms, and reaches out to policymakers to find fair and equitable solutions. It publishes books through its Prisology Press. It also publishes an electronic newsletter, delivered to inmates via a monitored email system, that provides law and Bureau of Prisons policy updates.

“I have come to rely on their updates in my daily law work,” Zoukis says. “On more than one occasion, their legal updates and analyses have meant the difference in winning appeals for federal prisoners.” Other prison reform organizations talk about prisoners and prisoner issues, Zoukis says, but not to prisoners and not with the voice of prisoners.

“Prisology’s staff regularly reaches out to determine what issues inmates feel are important,” he says. “Other prison reform organizations really should take a page out of Prisology's book.”