On Labor Day Let us Celebrate Workers and Also Support Them 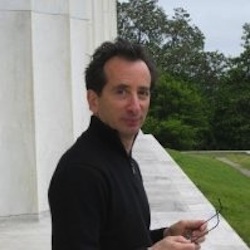 Labor Day is a time for us to celebrate the workers who make our economy grow - the people without whom businesses could not survive and thrive.

Yet for many, it can sometimes feel like the American worker doesn’t get the kind of respect they deserve.

Wages remain low (and aren’t rising fast enough) relative to productivity, we lag behind other developed nations on guaranteeing benefits like paid leave, schedules are often set without enough input from employees who have families to take care of.   But we now have an opportunity to improve how workers are treated.

That may not surprise you. What may surprise you is that there’s a strong incentive for those changes to come from businesses themselves.

One area in particular is giving workers a greater ownership stake in the companies they work for - in essence, celebrating workers and businesses at the same time.

There are two main ways to do this - employee stock ownership plans, or ESOPs, and worker cooperatives.

According to the National Center for Employee Ownership (NCEO), about 32 million Americans own stock in their employers, whether through ESOPs, options, stock purchase plans, or 401(k)s. But there’s a big difference between just owning a few shares of your company’s stock and being part of a company that’s essentially worker-owned.

When workers have decision-making power, they often understand better what’s working in the company and what isn’t. And they certainly have an incentive to address any problems, because as owners, their profit-making potential is tied to the company’s success.

We’re already seeing the potential - just look at employee-owned companies, like New Belgium Brewing and Dansko (both ESOPs) or Cleveland’s Evergreen Cooperative, that have strong balance sheets, create hundreds of jobs and boost their local economies.

Take ESOPs - businesses that choose to give their employees shares of the company, even 100 percent in some cases.

According to the NCEO, nearly 7,000 ESOPs in the United States employ 14 million workers and cover $1.23 trillion in assets. And lest you think this is a new trend, that data also found that more than half of all ESOPs today have been around since before the turn of the century.

Or take worker cooperatives, where decision-making power is shared amongst employees. There are fewer of them in the United States - only 300 to 400, according to the Democracy at Work Institute - but they employ 7,000 people and generate $400 million in revenue annually.

Not only do these firms provide longer-lasting, better-paying jobs, they also give workers the chance to build their skills and take a more active role in growing the company - because as owners themselves, they do better when the company does better.

For Americans who are struggling, worker ownership can be a pathway to prosperity, one that can help revitalize local economies.

One way to continue this trend would be to support bipartisan legislation that would make stock options more attractive to employees by letting them defer the taxes they would pay on those options. Another would be for the Small Business Administration (SBA) to increase lending support for ESOPs through its Section 7(a) loan-guarantee program, a program designed to help either start a new business or expand an existing one.

That’s all well and good, but for worker cooperatives, we need to ensure that they are treated equally compared to ESOPs when it comes to those kinds of tax benefits. Right now, they are not, and ESOPs remain the top choice for investors due to various existing tax benefits.

While ESOPs are an important piece of the puzzle, we can’t discriminate against workers who want to build assets, and become owners, but can’t find work at a company that offers an ESOP.

It’s a common misconception that we have to choose between employees and employers. That’s not the case, of course - what company could survive without its workers? - but now there are new types of companies challenging that idea.

This Labor Day, let’s stop treating workers and business owners like enemies, and let’s support the companies that are making them one and the same.

Richard Eidlin is Vice President of Policy for the American Sustainable Business Council, which helps business leaders advocate for policy change that supports a sustainable economy.