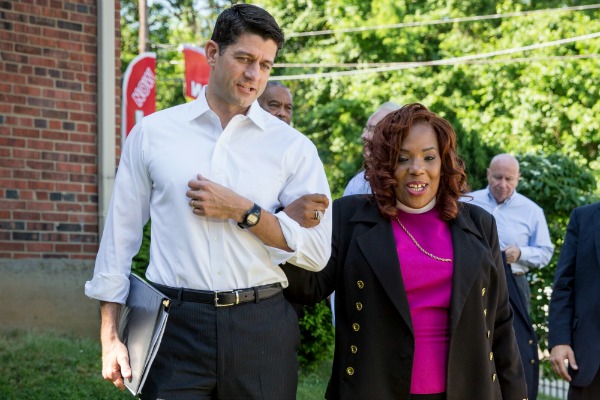 “I’m pleased that Speaker Ryan and his colleagues continue to emphasize the need for both parties to tackle the pressing issue of poverty in America,” Wallis said.   “Overcoming poverty must become a non-partisan cause and a bi-partisan agenda. Paul Ryan is re-igniting the issue of poverty on the Republican side, as his mentor Congressman Jack Kemp did many years ago.”

In recent months, Wallis and other Christian leaders within the Circle of Protection have repeatedly met with House Republican leaders and staff to express their concerns.  They recently wrote to members of the task force to outline their hopes and concerns. The letter can be read at www.circleofprotection.us/taskforce.

Wallis said.  “I’m particularly glad that the Task Force followed our recommendations, based on the experience of all of our faith groups who work with low-income people and families, and did not call for large-scale block granting of key anti-poverty programs.  The plan does have serious flaws,” Wallis continued, “but it is the start of a good conversation we should have with policy makers.”

The plan appears to call for applying problematic work requirements currently in place under TANF (Temporary Assistance to Needy Families) to other anti-poverty programs.  These requirements can often have severe impacts on people with physical or mental health issues or who cannot access critical education or training to help them participate in the workforce.

And by endorsing a bill recently passed by the House Education and Workforce Committee, the proposal would weaken nutrition standards for school meals, limit the ability of some low-income students to receive free school meals, and – most troublingly -- begin moving school meal programs toward a block grant.

Wallis also said it is also important to remember that the budget plan approved by the House Budget Committee in March would cut programs for low- and moderate-income Americans by a $3.7 trillion over ten years.

“But the most glaring omission is that the new plan makes no attempt to address the unacceptable reality of racism in America, Wallis continued.  “Systemic poverty most negatively impacts people of color, and our policies should acknowledge that.  As Christian leaders, we believe that poverty and racism are bound together and solutions to address both must be integral and deeply connected.”

“And we need to be very clear about something,” Wallis said.  “Donald Trump is the presumptive presidential nominee, and therefore the leader, of the Republican Party.  Speaker Ryan rightly called the recent statements made by Trump ‘the textbook definition of a racist comment.”

Wallis continued, “It will simply not be possible for any Congress to put forward a successful plan to overcome poverty unless the racism of a presidential candidate is addressed. And a possible president who consistently makes racist comments will not be able to lead a moral campaign to overcome poverty. That must be morally addressed by all people, particularly people of faith.”