This is Why We Must Never Forget Our Roots 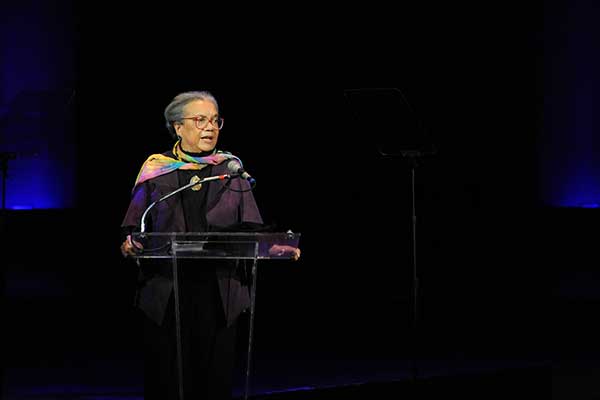 “So Dad has joined the other [ancestors] up there. I feel that they do watch and guide, and I also feel that they join me in the hope that this story of our people can help alleviate the legacies of the fact that preponderantly the histories have been written by the winners.”
-Alex Haley, from the conclusion of Roots: The Saga of an American Family

On the 40th anniversary of the publication of Alex Haley’s landmark book “Roots: The Saga of an American Family,” a new television adaptation is bringing renewed attention to the story that opened so many eyes to the harsh truth about American slavery and its aftermath — an aftermath that continues under new guises despite much progress.

“Roots’” 1976 publication came at a seminal moment in American history. Cities across America were hosting celebrations of the nation’s bicentennial and the founding creed set forth in the Declaration of Independence: “We hold these truths to be self-evident, that all men are created equal, that they are endowed by their Creator with certain unalienable Rights, that among these are Life, Liberty and the pursuit of Happiness.”

In 1963 Dr. Martin Luther King, Jr. reminded our nation and world on the steps of the Lincoln Memorial that America had never fully lived up to that promise: “When the architects of our republic wrote the magnificent words of the Constitution and the Declaration of Independence, they were signing a promissory note to which every American was to fall heir. This note was a promise that all men, yes, black men as well as white men, would be guaranteed the ‘unalienable Rights’ of ‘Life, Liberty and the pursuit of Happiness.’ It is obvious today that America has defaulted on this promissory note insofar as her citizens of color are concerned. Instead of honoring this sacred obligation, America has given the Negro people a bad check, a check which has come back marked ‘insufficient funds.’”

With “Roots” Alex Haley provided an epic lesson in American history through the story of his American family — slavery from the enslaved people’s point of view. His book spent months on the bestseller list and the original television adaptation of Roots that aired in January 1977 shattered viewing records as it gave tens of millions of people a visual, visceral experience of the true horrors of slavery. For the first time descendants of slaves, descendants of slave owners, and people of all backgrounds were sharing a common experience and understanding of America’s original sin whose after effects still radiate across our land. Acknowledging that truth together was a transformative experience.

In the past year we have seen a welcome surge, prodded by new books on slavery, campus debates, and student protests, of new commitments by some universities and other institutions to confront the truth about their own histories, especially the ugly legacies of slavery and Native American genocide. Black Lives Matter protests denouncing indefensible deaths of Black youths and citizens at the hands of out of control law enforcement officials in Ferguson, Baltimore, Cleveland, New York City, Texas, and elsewhere and the shocking racist vigilante citizen killings of Trayvon Martin in Florida and the massacre of praying Black church people in South Carolina heightened the need for greater racial awareness and national action.

I hope the renewed interest in Roots will spark much greater and sustained interest in an honest retelling of our history and promote new dialogue about the ways today’s structural, cultural, racial and economic inequalities reflect racial seeds from our violent past of slavery and Jim Crow which still poison the soil and political discourse of our nation. Only confronting the truth about our nation’s profound birth defects and struggling deliberately to overcome them with open eyes, hearts, minds and deeds can make us all free.

The Children’s Defense Fund (CDF) has a special connection to Alex Haley. In 1994 CDF bought Alex Haley’s 157-acre farm in Tennessee for servant leadership development, intergenerational, interfaith, and interracial dialogue and spiritual renewal. The Harlem Children’s Zone was conceptualized in Haley Farm’s lodge by Geoff Canada and a cadre of Black Community Crusade for Children® leaders. Faith leaders gather each year for spiritual retreats, great preaching and renewal, and young leaders come to learn from elders about nonviolent strategies for seeking racial and economic justice. Gurgling creeks run through it, mountains lurk in the background, and trees rustle in the wind. And thanks to the generosity of Barnes and Noble chair Len Riggio and his wife Louise, Haley Farm has been blessed as the only place with two Maya Lin designed buildings in existence: the Langston Hughes Library, with its Maya Angelou and John Hope Franklin reading room, and the Riggio-Lynch Chapel. I have been struck by how many of the thousands of people of all ages, faiths and disciplines who have come through Haley Farm’s gates appreciate its beauty and say it feels like home and the communities we once experienced. It is a smoke free, drug free, alcohol free, violence free and hate free environment grounded in love and mutual respect. 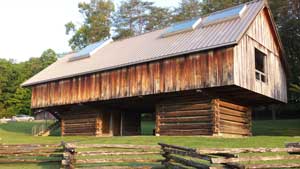 Since 1994 the Children’s Defense Fund has called the Haley Farm home. In the foothills of the Tennessee mountains near Knoxville, this complex now serves to connect young leaders and activists with policymakers and community builders.The largest annual gathering at Haley Farm brings together about 2,000 college-aged young people who train intensively to return to their local communities to teach about 12,000 children in CDF Freedom Schools® programs designed to staunch summer learning loss, close the educational achievement gap, and empower children to make a difference in their schools, communities, nation and world. This year they will hear from leading educators, historians, children’s and young adult book authors, and faith leaders. We will discuss how to truthfully teach history to help children of all races understand our nation’s roots including Native American genocide, slavery, and exclusion of all women and nonpropertied men from the electoral process in our beginning years. We also will discuss how they can make a difference in closing the gaps in their communities between America’s dream and reality. Together they and all of us must help write the next chapter in our ongoing struggle to make America a more perfect union.

At the dedication of Haley Farm, several hundred people of every race, faith and discipline committed to help build a movement to Leave No Child Behind® and to ensure every child a healthy start, a head start, a fair start, a safe start, and a moral start in life and successful passage to adulthood with the help of caring families and communities. That struggle must continue until the prophet Zechariah’s vision of “the city full of boys and girls playing in its streets” — safely and joyfully ¬— is realized all over our violence-saturated land. I thank Alex Haley for reminding African Americans and all Americans of our roots, our strengths, our struggles, our courage, our faith, and our God-given human capacity to overcome adversity. If we all work without ceasing we will overcome one day and build an America where every child is welcome and safe. Now is the time to move forward and not backwards in the quest for racial and economic justice. Now is the time for all citizens to stand up, raise our voices, and vote to ensure that Dr. King’s dream — America’s dream — becomes reality.

Marian Wright Edelman is President of the Children's Defense Fund whose Leave No Child Behind® mission is to ensure every child a Healthy Start, a Head Start, a Fair Start, a Safe Startand a Moral Start in life and successful passage to adulthood with the help of caring families and communities. For more information go to www.childrensdefense.org.