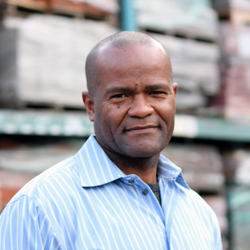 It is hard to believe that the second easiest place in the world to run a shady, anonymous, and often criminal corporation is right here in the United States. According to a recent academic study, the United States is second only to Kenya for harboring these shell companies used to launder money and skirt their taxes.

Much like the classic sleight of hand game, companies across the country, including many here in Oregon, are shifting and shuffling ownership and holdings until we lose track of who or where they are.

Criminal organizations regularly set up shell companies to launder ill-gotten revenues and fund their criminal enterprise. In the case of multi-national corporations, however, what they are doing is not illegal. That doesn’t mean there aren’t victims, though. The elaborate game of deception corporations play costs the average taxpayer nearly $1,500 annually, close to $4,000 if you own a small business. They shift, they shuffle, and we pick up the tab.

This month’s leak of the Panama Papers revealed more than 11 million documents from a Panamanian legal team showing the actual devastating toll anonymous shell companies take on the world, signally a time for U.S. action.

Our own Senator Ron Wyden has commented on the paper’s release and says he will open an inquiry into the tax evasion issues revealed. While we applaud his efforts, this issue can’t be tackled alone. The Main Street Alliance, and our national coalition partners at FACT (Financial Accountability and Corporate Transparency) call on Senator Merkley and our representatives in Congress to not only look into the criminal avoidance of taxes but to develop a head on approach.

We are calling on our members of Congress to pass a law to stop the creation of anonymous shell companies that facilitate crimes, of which everyday Americans are the victim, and call these tax avoiding multinational corporations what they are, criminals. America shouldn’t he one of the easiest places in the world to form these companies; we can’t afford to be.

Roughly 100 media outlets collaborated on the “Panama Papers” investigation, and they have begun publishing a series of stories based on documents leaked from the prominent Panama-based law firm Mossack Fonseca.  Many of these secretly owned companies exposed in the papers operate in Nevada or Wyoming, but recent reporting from the Portland Business Journal suggest that Oregon is not far off.

These states act as getaway cars for money launderers, terrorist, and corporate tax evaders, and it is time to take away the keys. Requiring the collection and publication of information on who owns and controls these companies would make it much harder to launder dirty money and leave the rest of us safer.

Small business owners across the country and our coalition partners urge the House Ways & Means Committee to eliminate the offshore tax loopholes abused by wealthy individuals and multinational companies to avoid paying taxes that then must be made up by individual citizens and small businesses, to the tune of $150 billion a year.

Some of the biggest companies in the country–Apple, Pfizer, Wal-Mart and, of course, Nike… just to name a few—shift their profits offshore to a network of foreign subsidiaries in countries known for their abnormally low corporate tax rates. Use of such systems allows 358 of the largest 500 multinational companies in the U.S. to avoid paying their fair share in taxes.

Likewise, offshore tax haven secrecy enables wealthy Americans to secretly hide their wealth abroad, away from tax authorities—sticking the rest of us with the tab.  The Stop Tax Haven Abuse Act—currently pending in both the House and Senate—would end the ability of wealthy individuals to cheat on their taxes while simultaneously putting an end to the ability of the biggest companies in the world to indefinitely defer paying the taxes that they owe.

Companies based and operating in this country benefit from our education system, roads and bridges, national defense and legal systems and are obligated to support them through taxes.  Corporate taxes as a share of federal tax revenue has slipped to 8 percent in recent years, far lower than the share paid by individual Americans.  When companies pay little or nothing, the rest of us—including small and other local businesses—pay more.  It’s time to tell multinational corporations, wherever they are, to pay what you owe.

Maurice Rahming, co-owner of O’Neill Electric in Portland, Oregon and member of the Main Street Alliance of Oregon.