Do Black Organizations Really Have Our Backs? 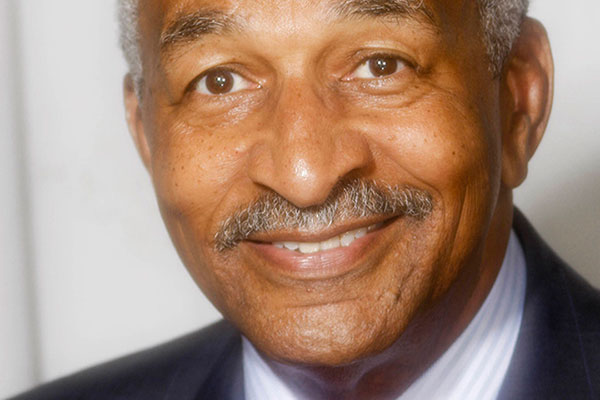 While Black people are bogged down in shallow and meaningless political discourse, our vaunted Black organizations continue to be M.I.A. except for their time in front of the cameras with Hillary Clinton and Bernie Sanders. They say they cannot endorse candidates, but we all know that’s a sham.

In an article written by Freddie Allen of the National Newspaper Publishers Association, Marc Morial said the nine Black organizations that met with the candidates wanted to “provide to every candidate who is running for president of the United States, be they Republican or Democrat, the opportunity to hear from us on issues of civil rights, social justice, and economic justice in America, today.” Any real demands made on our behalf?

Al Sharpton said, “For the first time in American history, we will watch a Black family leave the White House and we do not want to see the concerns of Blacks leave with them.”

So, that’s where our concerns have been hibernating for the past seven years -- and all this time I thought Sharpton and the POTUS were taking care of them.
And, I suppose to give comfort to Clinton and Sanders, Morial said the nine historic civil rights organizations represent tens of millions of Americans and that all of their organizations were “multicultural and multi-ethnic.” Multi-cultural and multi-ethnic? That’s strange. I thought they were Black or at least “colored.”

Speaking of colored, let’s look at one of these “Black” multi-cultural/ethnic organizations.

The NAACP, known for “Nonstop Aiding and Abetting in Corrupt Practices,” in my opinion, answered the Ferguson issue by walking 130 miles to the Missouri Governor’s office, followed up by a 1,000 mile stroll from Selma to the steps of the U.S. Capitol in search of justice. Guess they didn’t find it when they got there.

This is the group that practices outright hypocrisy by railing against voter suppression and voter ID laws while accepting and even promoting those corrupt practices within their own ranks. More specifically, this is the group that has wreaked havoc in Ohio by conducting four elections for State President, two of which were legitimately won by Jocelyn Travis over Sybil McNabb, and two of which were do-overs by the national office via its henchman, Gill Ford, to keep their chosen candidate, McNabb, in office.

In the first corrupt election over which the national office presided, children were allowed to vote for McNabb — yes, children! In the second corrupt election, which just took place on March 12, again under national supervision, the same corrupt practice used in Cincinnati was used by Gill Ford in Columbus. He suspended Travis three days prior to the election, just as he did the Cincinnati president, whom he suspended the day before the election in an obvious effort to have his chosen candidate run unopposed.

The NAACP’s “Nonstop Aiding and Abetting in Corrupt Practices” is shameful, especially in light of holding themselves up as the national champion for fairness in the voting process. Even more shameful is the fact that only a relative few members, among those who have actually seen these shenanigans take place, are willing to stand up against the NAACP’s corruption.

The good news is that a group of members throughout Ohio have followed the lead of the Crittenden County (Arkansas) and Cincinnati branches by seeking and winning a temporary restraining order against the national office of the NAACP, due to its continued interference in local elections. The results of the March 12th election are being held in abeyance by a Columbus, Ohio judge, who will conduct a hearing on April 7, 2016. You can be sure that all evidence of corruption, voter suppression, and election rigging will be brought forth at that time.

Aside from the obvious hypocrisy displayed by the national leadership of the NAACP, not only in this case, but also in several other branches across the country, their corrupt practices also point to a larger problem. So-called Black organizations like the NAACP, despite their implied social contract with Black folks, can be swayed, bought, rented, or leased with nothing expected in return except a few dollars under the table, a political photo-op, or a nice hotel suite. The NAACP needs to stop abusing its members’ rights before purporting to speak on our behalf.

As for nine Black organizations suggesting they are the repository of Black power, here’s a question: If they have power, why after nearly eight years of a Black President are we, as cited in Morial’s State of Black America Report, worse off now and in “crisis?” As the heads of those organizations now intercede on our behalf, by meeting with presidential candidates, what would make us believe Blacks will get anything specific from the next administration?

James Clingman is the nation’s most prolific writer on economic empowerment for Black people. His latest book, Black Dollars Matter! Teach your dollars how to make more sense, is available on his website, www.Blackonomics.com.