No Kush Clouds for Pet Pals 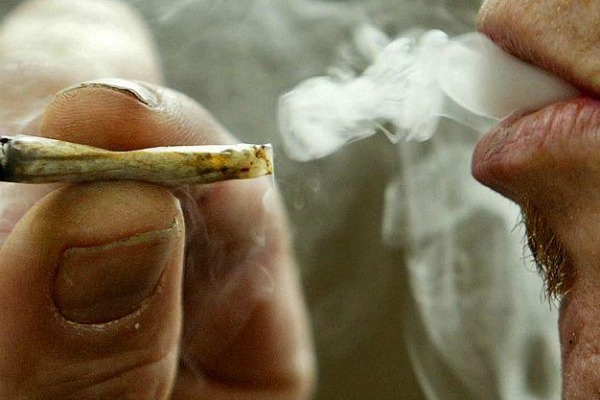 Cannabis is known throughout the world for its psychoactive and medicinal purposes. In the last few years, cannabis has become a common topic of discussion for rappers, politicians, medical doctors and yes, even veterinarians.

With the sweeping recreational legalization of marijuana throughout the country, it is becoming more and more common for household pets to become the victims of cannabis induced toxicity.

Marijuana’s popularity in Oregon has grown by leaps and bounds with its recent recreational legalization on July 1, 2015.  According to the Oregon Veterinary Medical Association (OVMA), “Pets may become poisoned by marijuana through inhalation of smoke, ingestion of the plant, or products containing marijuana or hash.”

Lollipops, brownies, cupcakes and even butter are made containing the potent psychoactive ingredient Tetrahydrocannabinol (THC) that gives users the “trippy high” they seek.  Other cannabinoids such as cannabidiol (CBD) and cannabinol (CBN) carry the medicinal effects of the plant that are commonly prescribed for cancer or glaucoma patients.

Many owners do not intentionally expose their pets to marijuana. Animals may passively inhale the billowing clouds while sitting next to their owners on the couch or ingest edibles while breaking into the trash. Dogs, cats, and even pot-bellied pigs have a heightened sense of smell, which may increase their risk of exposure. Dogs, for example, have 40 times more olfactory receptors than humans, which places their nostrils light years ahead of ours at smelling pretty much anything.

Cannabis toxicity in pets can vary in severity depending on the concentration and/or amount ingested. Although it is rare for animals to ingest or inhale enough marijuana to be fatal, caution should be taken if your pet has been exposed to the plant or its products.

According to the OVMA, symptoms of marijuana poisoning generally occur within 30-60 minutes of contact. Symptoms include drowsiness, lack of coordination, glassy eyes, vomiting, seizures or even coma. Dogs may exhibit urinary incontinence, agitation or excitement.  Not sure about you, but the thought of an overly high dog who is agitated, excited, vomiting and peeing on my floor all at the same time is not a risk I’m willing to take.

To protect your pet from a potential marijuana exposure, do not smoke in the proximity of your pet. Do not directly blow smoke into your pets face or allow them to ingest plants or foods containing marijuana. Place food or plants in a sealable container or locked area where pets cannot gain access. Pets that have been exposed to marijuana should seek veterinary care promptly to determine the best treatment for that animal. I always tell my clients, “According to Oregon law, it is legal for you to get high as a kite -- just don’t let your pets take flight.”

Veterinarian Dr. Jasmine Streeter’s column will appear in The Skanner the first Wednesday of every month. Send your pet care questions to [email protected].