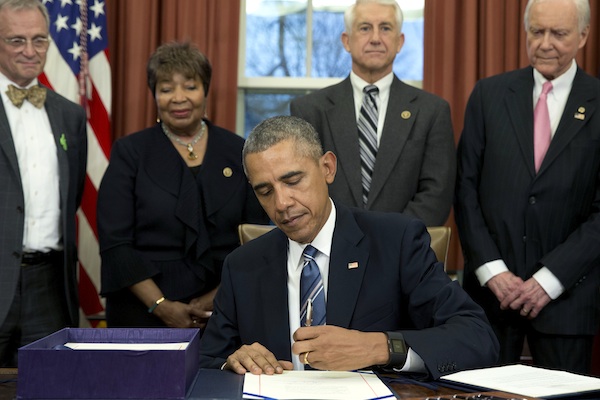 President Barack Obama will go down in history, as arguably one of the most successful presidents of the United States. What he has been able to accomplish over his nearly eight years in office is remarkable – especially when you consider the level of obstructionism and racism he has had to endure.

It is no secret that his Republican counterparts have sought to fight President Obama since the day he was sworn in to office. As a matter of fact, they concocted a strategy to ensure that he would not make it past his first term. 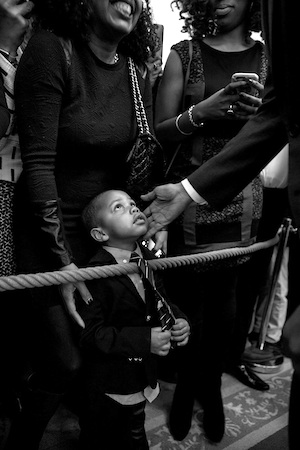 Don't believe me? Well, let me provide you with a little proof.

“The single most important thing we want to achieve is for President Obama to be a one-term president.”

This was the bold statement made by U.S. Senator Mitch McConnell on October 23, 2010, prior to the midterm elections, in an interview with the National Journal.

Senator McConnell practically informed the world that he and his Republican colleagues had no sincere intentions or desire to work with President Obama to deal with the issues that America was faced with. Senator McConnell let us know that their only focus was seeking to make this newly-elected, African American president, a one-term president. It was shameful.

Going even further, author Robert Draper released a jaw-dropping book, "Do Not Ask What Good We Do: Inside the U.S. House of Representatives," where he claims that the Republicans anti-Obama campaign began on the night of his inauguration. Talk about cold-blooded.

As President Obama was smiling, waving and dancing with First Lady Michelle Obama at the numerous inauguration balls he had to attend, Draper asserts that top Republican lawmakers and political strategists held a secret meeting where they plotted and devised an elaborate scheme to bring the president down, and make things so difficult for him that the American people would never re-elect him for a second-term.

According to Draper's book, a little over 15 of those lawmakers and strategists met up at a swanky, high-end establishment called the Caucus Room for several hours where they kicked around ways to not only take the White House back, but also win back political power in the House and Senate. One of the biggest items on their agenda, however, was developing a strategy to do everything in their power to collectively obstruct every single one of President Obama's legislative agenda items on his platform.

While having a Democrat-controlled House and Senate during the first two years of his presidency, President Obama was able to sign several pieces of legislation into law and make many executive decisions that have helped move this country forward.

• Signed the Credit Card Accountability, Responsibility, and Disclosure Act, which prohibits credit card companies from raising rates without advance notification, and also mandates a grace period on interest rate increases, as well as places strict limits on overdrafts and other fees

• Signed the Claims Resolution Act in 2009, which provided $4.6 billion in funding for a legal settlement with African American farmers who the government had been found to have cheated out of loans and natural resource royalties for years
• Made the decision to inject $62 billion in federal money into two of the three Detroit automakers, which helped stabilize the American automotive industry and helped save and create new jobs

• Signed the Fair Sentencing Act, which reduced the sentencing disparity between crack-cocaine versus powder cocaine possession from 100 to 1 to 18 to 1 – a disparity that has disproportionately impacted African Americans in this country for decades
• Signed the Dodd-Frank Wall Street Reform and Consumer Protection Act into law in order to re-regulate the financial sector after they caused the catastrophic financial crisis
• Health Care and Education Affordability Reconciliation Act, which prevents insurance companies from denying anyone insurance because they have a pre-existing condition; allows children to remain covered by their parents' insurance until the age of 26; and requires health insurance plans to disclose how much of the premium actually goes to patient care
• Signed the Patient Protection and Affordable Care Act, or as we affectionately call it, Obamacare, into law, which now allows over 32 million uninsured Americans to get health coverage

• Had known terrorist leader, Osama bin Laden, captured and killed by U.S. Special Forces
• Ordered all U.S. military forces out of Iraq, where the last troops left in December 2011

• Signed the FDA Food Safety Modernization Act, which aims to ensure the U.S. food supply is safe by shifting the focus from responding to contamination to preventing it

• Released new fuel standards to increase fuel efficiency for all new cars and trucks sold in the U.S., which will cover cars and light trucks through 2025, and will save consumers money, reduce our dependence on oil, and protect the environment

All of this was done during President Obama's first-term. There are so many other outstanding things that President Obama has done, that it would require more space on the page and more time to discuss. Oh, and don't forget that President Obama managed to get re-elected a second time, in spite of the elaborate schemes and deliberate attempts by his many detractors, who were hell-bent on destroying his astonishing legacy before it truly even began.

I just want to say congratulations to President Obama, who I believe will go down in the history books as the most successful and impactful president America has ever elected. And guess what? His legacy will become stronger and increasingly more relevant as time passes on.

Not bad for a guy who had an obstructionist group of legislators in the House and Senate, along with other external forces, wanting to make him a one-term president, huh?

Jeffrey L. Boney serves as Associate Editor and is an award-winning journalist for the Houston Forward Times newspaper. Jeffrey is a frequent contributor on the Nancy Grace Show and has a daily radio talk show called Real Talk with Jeffrey L. Boney. He is a Next Generation Project Fellow, dynamic, international speaker, experienced entrepreneur, business development strategist and Founder/CEO of the Texas Business Alliance. If you would like to request Jeffrey as a speaker, you can reach him at jboney1@forwardtimes.com.