Without Southern Democrats How do we Break Through? 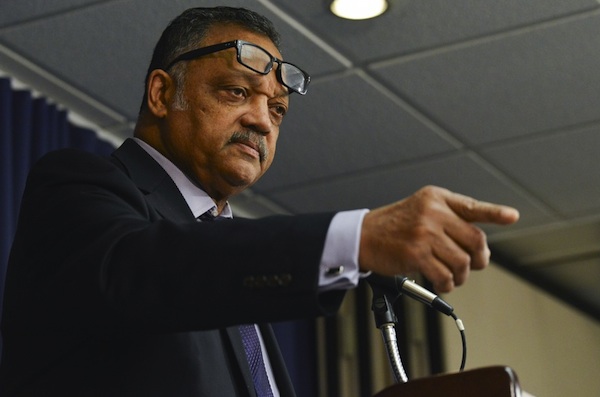 We won the Voting Rights Act of 1965 at Selma, combining the power of a principled mass movement led by Dr. King and a compassionate president who did the right thing despite the heavy political price.

What was that cost? Well, President Johnson said it best at the time, when he told his aides that we’d “just lost the South for a generation.”
The civil rights movement made the moral move by marching across the bridge at Selma. LBJ did the right thing by signing the Voting Rights Act into law, knowing the price his party would pay.

The Jefferson Davis Democrats in the South did the wrong thing by responding to the “Southern strategy” of Richard Nixon and the racial dog whistles of Ronald Reagan. Due to race, the once-solid Democratic South switched over to become today’s solid Republican South.
Now it’s been half a century. Not just a generation, as LBJ foretold, but two-and-a-half generations — and still the Republican Party dominates below the Mason-Dixon Line.

As Rachel Maddow brought up in last week’s presidential forum, the Democratic Party in today’s South has been “hollowed out,” with only a handful of successful statewide Democratic candidates.

As long as that situation exists, the Democrats will be able to win the presidency, but what about the Senate and House?

The sad irony is that the South has benefited the most from the civil rights movement, whites and African-Americans together.

The tearing down of the “Cotton Curtain” by the civil rights martyrs and marchers meant that the South could join our modern economy. Population jumped. The South could finally have professional sports teams. The civil rights movement forced the development of integrated football teams at Southern colleges that now dominate the sport. The Olympics could be held in Atlanta in 1996, with Muhammad Ali and Stevie Wonder at the closing ceremonies. Toyota and Mercedes Benz could locate plants in the South, providing better jobs than cotton ever had.

Yet Southern politicians, stuck in the politics of fear, still poke at racial wounds for short-term success.
In order to starve the government, Southern politicians still refuse to invest in infrastructure across the region. Rebuilding our ports and harbors, investing in jobs programs that would employ white and African-American workers, preparing our coasts to survive the future Katrina-like storms that climate change will bring, accepting the Medicaid expansion that would provide needed health care for so many families — these public policy initiatives would develop the region even more, and open up the futures for so many young Southerners.

Yet too many politicians and voters continue to choose race over reason. White working-class Southern voters continue to run from race, choosing the party that backs both tax cuts and job cuts. This is a political odd couple that makes no sense. Half a century after the Voting Rights Act, too many Southern voters are still afraid of change, even when it would benefit them.

How do we break through?

Second, candidate Barack Obama showed us how we win in the South — with a message of hope and change, combined with a massive voter registration effort and a huge voter turnout. In 2008, that combination carried Florida, North Carolina and Virginia. In 2012, Florida and Virginia again went blue, with North Carolina barely missing out.

Third, we need to battle voter suppression. Sen. Bernie Sanders was right when he pointed out that too many Republican leaders are “cowards” for repressing the African-American vote. Bernie also mentioned universal voter registration during Rachel Maddow’s forum, and right afterwards, in an interview with Chris Matthews, he raised an idea that I have been pushing for — a constitutional amendment to guarantee the right to vote to every American. And we must protect and restore the power of the Voting Rights Act.

Fourth, we need to invest bottom-up in the South, economically and politically. If we raise wages, provide health care for everyone and open up voter registration to all our people, hope will rise, the South will develop, and people’s lives will be better.

If white working-class families choose hope over fear, their lives will improve — and so will those of Southern Latinos and African-Americans. And Democrats will be able to win elections again.