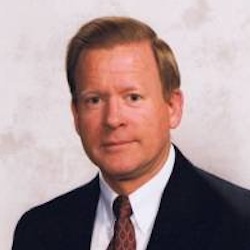 Congress needs to pay for and pass a long-term highway bill to fix our failing roads. It hasn’t because it refuses to raise the needed funds. Highway bills are supposed to be financed with the federal fuels tax revenue in the Highway Trust Fund but because of inflation, that funding has declined.

The problem is urgent. Just one-third of our major roads get a good rating and one-tenth of our highway bridges need structural work. More than forty percent of our major highways are congested with traffic, which costs our economy $101 billion a year in wasted time and fuel.

Those problems deserve a serious fix, not fiscal games. Yet some in Congress want to provide short term funding for a highway bill by slashing tax rates on the income that corporations shelter offshore. Congress would encourage businesses to repatriate the income by offering a much lower tax rate. Unfortunately this would only provide one-time revenue, and in effect reward them for keeping or shifting profits overseas.

It’s just the latest game. Since 2008, Congress has passed 34 patches that use general-fund money to pay for highway bills. Even after $65 billion of these deficit-raising patches, Congress has yet to craft a logical long-term funding correction. Meanwhile, our roads and transit systems continue to age and deteriorate, increasing travel times, accidents, and vehicle damage.

Congress created the funding problem in 1993 when it passed a federal fuels tax bill with fixed tax rates and no inflation adjustments. The tax rates were set at 18.3 cents for a gallon of gas and 24.3 cents for a gallon of diesel. Those rates have remained frozen since 1993, although inflation has driven up the cost of transportation projects over 30%, at the same time average fuel use per mile traveled has declined.

It’s time for the games to stop. Giving tax breaks to U.S. multinational corporations is no way to pay for a highway bill. They moved the income offshore to avoid paying taxes. A low-tax repatriation would reward them for avoiding their taxes, and even encourage them to move more money offshore after the repatriation. As a one-time acceleration of revenue, it would not fix the Highway Trust Fund’s long-term shortfalls.

I’m not the only business person who’s concerned. According to a scientific, national poll from the American Sustainable Business Council (ASBC) and the Main Street Alliance, 76 percent of small business owners want to close the type of loopholes that enable the offshoring of profit. And to prove it’s not a partisan opinion, more than half of the business owners surveyed identified as Republican or Republican-leaning.

The best funding alternative, at least for the next ten years, is to adjust the fuel tax rates for inflation – effectively returning them to their 1993 levels and maintaining those levels. It would increase in gas prices by less than 12 cents per gallon, or about 4 percent at $3 per gallon.

This would not be a new tax. It would not require new regulations or reporting systems. It would not even be a tax increase in true constant dollars.

What it would do is provide sustainable user-fee funding for road and mass transit improvements. It would provide a simple, free market, cost incentive to reduce fuel use and air pollution. It would provide a cost incentive to replace older gas-guzzling vehicles with newer more fuel-efficient cars – and it would do these things without costly tax credits or government mandates.

Taxation of offshore profits may be an issue to look at in major, balanced business tax reform package, but it’s inappropriate and unsustainable as a source of highway funding. It would increase the deficit and possibly require new offsetting revenue from other taxpayers.

Congress needs to wake up and solve our growing transportation problem now. That won’t happen by rewarding overseas corporate tax avoidance to raise short-term funds. The simplest and most appropriate solution is to adjust the fuel tax rates for inflation. That would go a long way towards putting trust back into the Highway Trust Bill.

Blackledge is President of Blackledge Furniture in Corvallis, Oregon and Chair of the National Small Business Network.